The after-hours moves Wednesday evening followed a positive regular session, with the major indexes brushing off a record daily increase in new U.S. Covid-19 cases. Big Tech continued to carry the broader market higher on during regular trading and again allowed the Nasdaq Composite to outpace the S&P 500 and Dow industrials.

Since last week’s close, the S&P 500, Dow and Nasdaq Composite are up 1.28%, 0.93% and 2.79%, respectively. The Nasdaq is up 29.68% over the last three months.
The latest iteration of the Labor Department report on weekly jobless claims will be released Thursday morning.

The weekly figures provide Wall Street with critical insight on how many Americans continue to collect unemployment benefits, known as continuing claims.

Another 1.39 million workers are expected to have filed first-time claims for state unemployment benefits during the week ended July 4. That would mark a deceleration from the prior week, though still well above any reading prior to the pre-Covid-19 era.

Last week, the government said initial jobless claims rose by 1.427 million in the final week of June. That marked the 15th straight week in which initial claims remained above 1 million.
at July 09, 2020

Email ThisBlogThis!Share to TwitterShare to FacebookShare to Pinterest
Labels: Futures Indicator., US Market 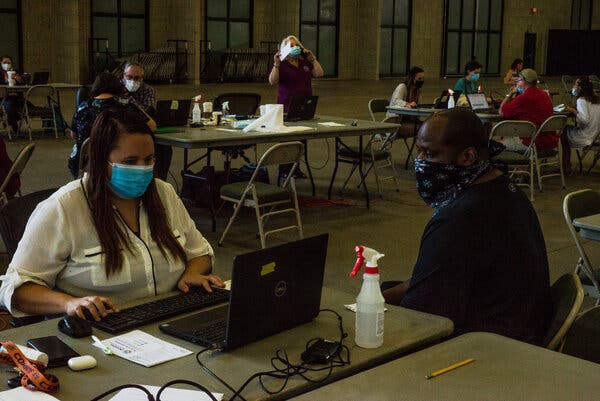