An Indian Army convoy moves along a highway leading to Ladakh, at Gagangeer on June 17, 2020 in Ganderbal, India.
Waseem Andrabi | Hindustan Times | Getty Images
India is under a lot of pressure to respond to China after a border clash high in the Himalayas left 20 Indian soldiers dead, an expert on Chinese defence and foreign policy told CNBC.
A "violent face-off" occurred Monday evening along the border in the Galwan Valley in Ladakh, where soldiers from both sides have been locked in a standoff since May. Senior army officials from both sides met on June 6 to de-escalate the situation and disengage. Ground commanders were said to be meeting regularly to implement the agreement last week.
"I think India is under tremendous pressure and you heard Prime Minister (Narendra) Modi's comments about these casualties will not go in vain," Jingdong Yuan, an associate professor at the University of Sydney, told CNBC's "Squawk Box Asia" on Thursday.
India is building a strategic road through the valley and connecting the region to an airstrip, the Associated Press reported — a move China opposes.
Monday's clash was the first time in more than 40 years when a border face-off led to casualties. China has not disclosed how many casualties it suffered as a result of the brawl.

In a televised address on Wednesday, India's prime minister expressed his condolences for the slain soldiers. He said, "India's integrity and sovereignty is supreme for us, and no one can stop us from defending it," according to an official English translation of his remarks.
"India wants peace. But on provocation, India will give a befitting reply," Modi added.
Analysts have said the chances of a war breaking out between India and China are unlikely. But, there is growing anti-China sentiment in India, including calls to boycott Chinese products. Local media reports said that Chinese nationals living in the South Asian country are also worried about backlash.
Yuan explained that both sides recognize that further escalation involving weapons could "very much rapidly escalate to a larger scale of military confrontation" if they cannot control or diffuse the tension.
"Given that these are two nuclear-armed states, the risk couldn't be more severe," Yuan said.
Monday's high-altitude confrontation was reportedly fought with improvised weapons such as batons wrapped in barbed wire. A previous agreement between the two major Asian powerhouses stated that both sides would limit their use of military equipment such as combat tanks, infantry combat vehicles, certain guns and mortars as well as surface-to-surface and surface-to-air missiles along the border areas.

India and China blamed each other for the fatal confrontation, claiming the other had violated the June 6 agreement.
China's Foreign Minister Wang Yi held a phone call with his counterpart in India, External Affairs Minister Subrahmanyam Jaishankar, to try and mitigate the situation.
Both sides agreed to deal fairly with the serious situation and cool tensions on the ground as soon as possible, and maintain peace in the border areas, according to CNBC's translation of an online statement from the Chinese foreign ministry.
Wang added that China's will to safeguard its sovereign territory is firm. He expressed his country's strong disapproval of India's actions, requesting a thorough investigation and control of troops to ensure such incidents don't occur again, the statement said.
On that call, Jaishankar "conveyed the protest of the Government of India in the strongest terms on the violent face-off in Galwan Valley on 15 June 2020," according to a statement from India's foreign ministry.
India said China "sought to erect a structure in Galwan valley on our side of the (Line of Actual Control)," referring to the de facto border. It said when a dispute arose, "the Chinese side took pre-meditated and planned action that was directly responsible for the resulting violence and casualties."
Still, India said it was agreed that neither side would take any action to escalate matters and would ensure peace per bilateral agreements and protocol.
University of Sydney's Yuan added that it is unlikely that a third party, like the United States, would be called in to mediate as both India and China have the mechanisms in place to de-escalate the situation on their own and assess what went wrong.
— CNBC's Evelyn Cheng contributed to this report.
at June 18, 2020 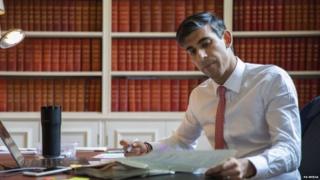