Take a look at some of the biggest movers in the :

Dish Network (DISH) – The satellite TV provider beat estimates by 10 cents a share, with quarterly earnings of 69 cents per share. Revenue also beat forecasts. Pay-TV declined, but at a slower pace.
Garmin (GRMN) – The maker of GPS and fitness devices reported quarterly earnings of $1.29 per share, beating the consensus estimate of $1.04 a share. Revenue was also above forecasts, boosted by growth in all of Garmin's product categories. The company raised its quarterly dividend by 4 cents to 61 cents per share.
Tesla (TSLA) – Piper Sandler increased its price target for the automaker's stock to $928 per share from $729, saying it expects the company to achieve the same success in energy generation and storage that it has in vehicles.
Groupon (GRPN) – Groupon will stop selling merchandise by year-end, saying that market segment is "fiercely competitive" and in some cases "irrational." That news comes after it reported lower-than-expected profit and revenue for its fourth quarter. The daily deals provider also proposed a reverse stock split, subject to shareholder approval.
Boeing (BA) – Boeing said "foreign object debris" was found in some 737 Max jets. The company plans to inspect all aircraft and added that this issue will not impact the grounded jet's return to service.
Uber Technologies (UBER) – Uber will shut down its office in downtown Los Angeles and cut about 80 jobs. Separately, Uber and food delivery rivals and Postmates have discussed various merger combinations over the past year, according to the Wall Street Journal, although none of the talks resulted in a deal. The paper also said Postmates and are both mulling public listings.
Ally Financial (ALLY) – The lender will acquire privately held non-prime consumer lender CardWorks for $2.65 billion in cash and stock. The deal is expected to close during the third quarter.
BHP Billiton (BHP) – BHP posted a 29% increase in half-year profit, thanks to strong iron ore prices. The Australian mining company also increased its dividend to 65 cents per share, up from 55 cents a year ago.
Blue Apron (APRN) – Blue Apron said it would explore strategic options, including a possible sale of the company or mergers with other meal kit providers. That news comes as Blue Apron posts a larger-than-expected fourth-quarter loss, with revenue falling short of forecasts as well.
Bed Bath & Beyond (BBBY) – Bed Bath & Beyond CEO Mark Tritton told CNBC that fixing the retailer's store remains a focus as it invests $400 million on store remodeling and supply chain upgrades, along with about $600 million in debt reduction and share buybacks.
Nike (NKE) – CEO John Donahoe shuffled the company's executive ranks, with e-commerce chief Heidi O'Neill president of the athletic footwear and apparel maker's consumer business, and Chief Financial Officer Andy Campion switching to chief operating officer. Current consumer chief Elliott Hill and current Chief Operating Officer Eric Sprunk will leave the company later this year.
Herbalife Nutrition (HLF) – Herbalife reported quarterly earnings of 74 cents per share, beating the consensus estimate of 63 cents a share. The nutritional products company's revenue essentially in line with forecasts. Herbalife warned the would have a negative impact on future results, although it cannot reasonably estimate that impact as yet.
La-Z-Boy (LZB) – La-Z-Boy beat estimates by 8 cents a share, with quarterly profit of 72 cents per share. The furniture maker's sales fell short of Street forecasts, however.
at February 19, 2020 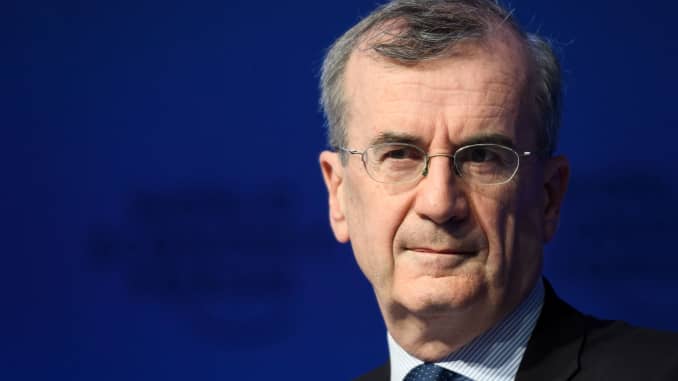