President Donald Trump has denounced recent comments made by French President Emmanuel Macron on the military alliance NATO.
In November, Macron told The Economist magazine that the world was experiencing the “brain death” of NATO, warning that members of the alliance could no longer rely on the U.S.
In comments to the press ahead of a NATO meeting in London on Tuesday, Trump said Macron’s words had been “very, very nasty” to the other 28 member states. He added that it was “very insulting” for the French president to label NATO as brain dead. “You can’t go around saying that about NATO,” Trump added.
The U.S. president said relations between the U.S. and European NATO members were not causing any divide, with the exception of France.
“I do see France breaking off. I’m looking at him and I’m saying he (Macron) needs protection more than anybody and I see him breaking off, so I’m a little surprised at that,” said the American leader.
Trump has himself criticized the international body, previously describing NATO as “obsolete.” And in comments just before arriving in the U.K., Trump also called out some of the alliance members as “delinquent,” in an apparent reference to the amount of money that some nations spend on defense. 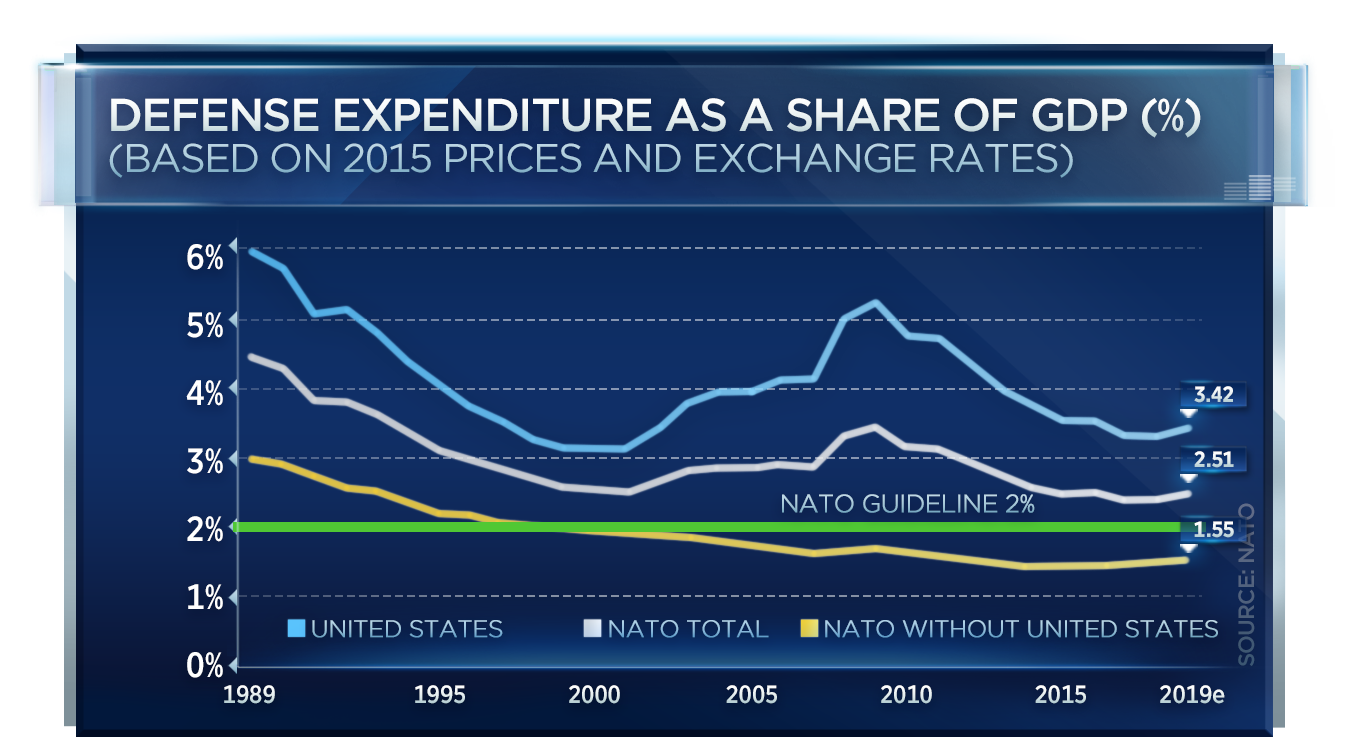 The U.S. leader also took a swipe at France’s economy, suggesting with its high unemployment rate, that the country was “not doing well economically at all.” The unemployment rate in France moved higher to 8.6% in the third quarter of 2019 but has been steadily improving over the past five years.
Trump suggested France was looking to bolster its budget by introducing a levy a digital tax on U.S. giants such as Facebook and Google. The president said he would now counter this move. “They are starting to tax other people’s products, so we are going to tax them,” Trump told the reporters.
On Monday, the White House had said it may impose duties of up to 100% on $2.4 billion in imports of French Champagne, cheese and other luxury goods.
Leading losers in the French stock markets on Tuesday morning were luxury stocks such as Hermes, LVMH and Kering.
at December 03, 2019

Email ThisBlogThis!Share to TwitterShare to FacebookShare to Pinterest
Labels: US - World Politics