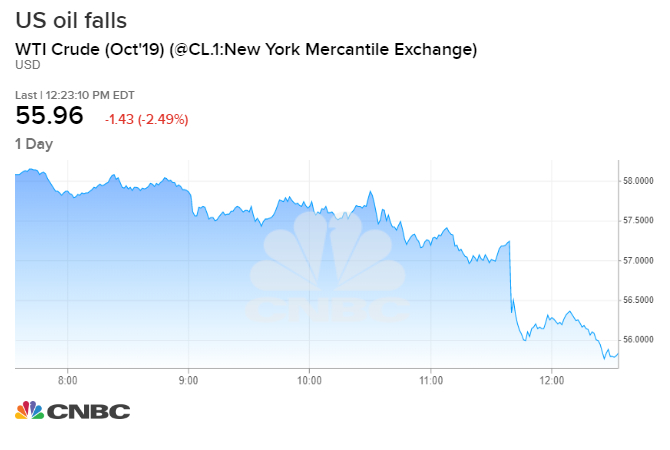 Trump entertained the idea of easing sanctions on Iran in order to arrange a meeting with Iranian President Hassan Rouhani later this month, the report said.
Tensions between the U.S. and Iran have escalated since June, following attacks on oil tankers and a U.S. drone near the Strait of Hormuz that the U.S. alleges were executed by Iran. Although Iran denies it carried out the tanker attacks and said the drone was in Iranian airspace, President Donald Trump signed an executive order imposing new sanctions on Iran in response to the downing of an unmanned U.S. drone.
The Strait of Hormuz, a narrow channel between the borders of Iran and Oman, accounts for approximately 30% of the world’s seaborne oil traffic.
When asked if he would consider easing sanctions to secure a meeting with Iran, Trump said “we’ll see what happens.” Trump said he believes Iran wants to make a deal.
It is unclear whether Iran would even agree to talk with the White House. In July, Iranian oil minister Bijan Zanganeh told CNBC that Iran is not ready to engage in talks with the U.S. until sanctions are completely lifted.
However, the White House has prepared for Trump to meet with Rouhani this month in New York during the annual United Nations General Assembly, sources told Bloomberg. It is possible Trump sits in on a meeting between Rouhani and French President Emmanuel Macron, the sources said.
The report said Trump’s former National Security Advisor John Bolton, who resigned on Tuesday, was against lifting the sanctions. Bolton’s departure from the White House removes one of the staunchest hard-liners on Iran.
Separately and earlier on Wednesday, the U.S. Energy Information Administration said crude inventories fell by 6.9 million barrels from the previous week, compared with analysts’ expectations of a decrease of 2.7 million barrels.
— read the full Bloomberg report here.
at September 11, 2019