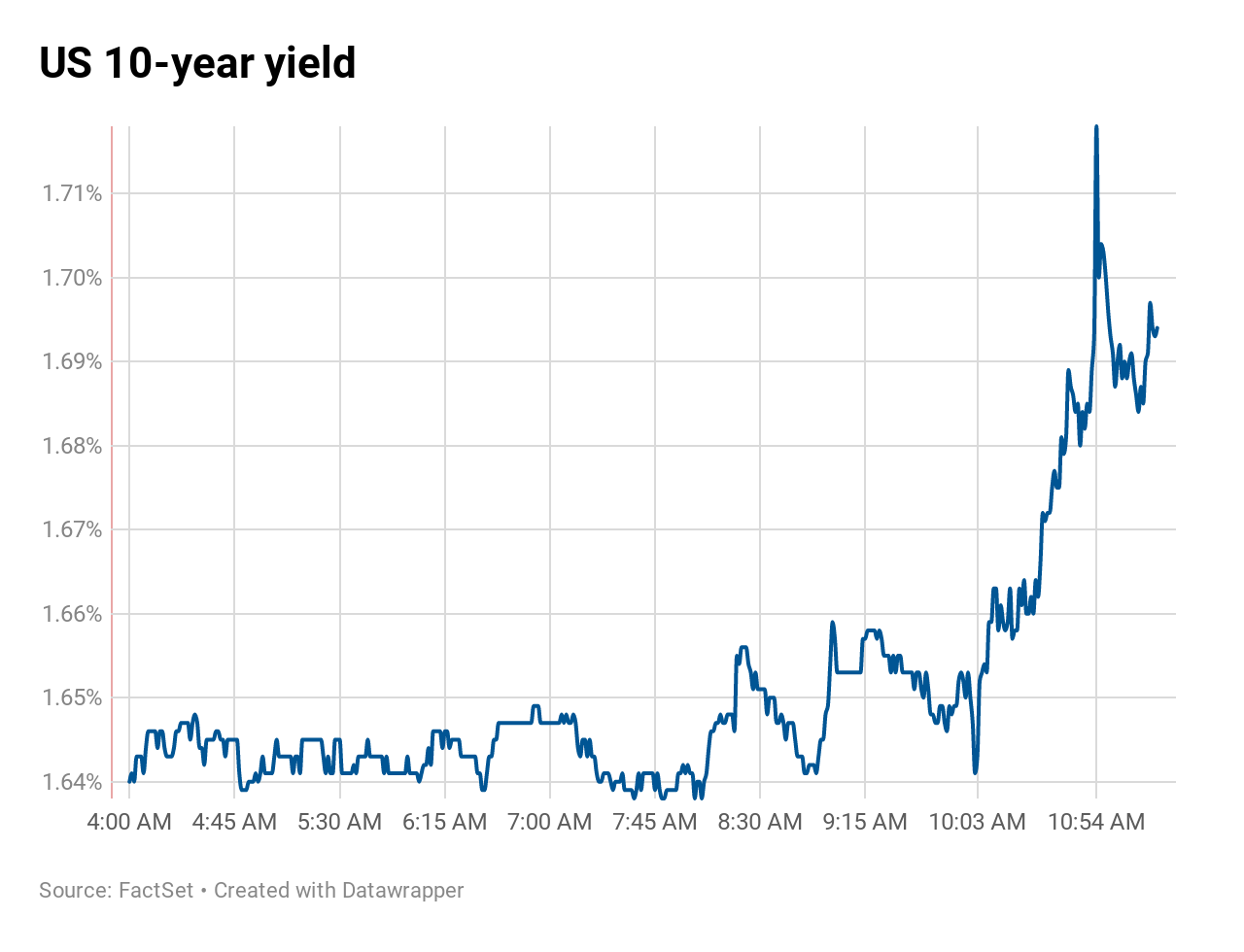 Treasury yields rose on Wednesday after President Donald Trump released a rough transcript of his now-controversial conversation with the Ukranian president.
The memo appeared less harmful than some investors had first feared, sending traders back into riskier assets like equities and away from safer bets like U.S. .
The yield on the benchmark 10-year Treasury note climbed 8 basis points to 1.713%, while the yield on the 30-year Treasury bond rose 7 basis points to 2.163%. Yields rise as prices fall.
Trump released on Wednesday a rough Volodymyr Zelensky in which the U.S. asked his counterpart to “look into” former Vice President Joe Biden and his son, Hunter Biden.
The reveal came after Democrats in the U.S. House of Representatives on Tuesday accused the president of using the call to help to smear Democratic rival Joe Biden ahead of next year’s election. Trump has dismissed the inquiry as another Democratic attempt to unfairly target him.
The dramatic development increased the prospect of prolonged political uncertainty in the world’s largest economy and on Tuesday fueled a rash of Treasury buying. It comes at a time of fragile market sentiment, with investors already anxious about upcoming US-China trade talks.
Still, some market participants viewed the memo as underwhelming and less damaging to the president than initially feared.
“Yesterday we had a flight to quality trade because people were concerned about the impeachment inquiry and further fallout, but I saw nothing more other than the president of Ukraine trying to have a very formidable relationship with Trump,” said Tom Galoma, head of Treasury trading at Seaport Global Holdings.
“It’s a sigh of relief,” he added. “I don’t think the president pushed in any negative way.”
Yields also climbed after Trump said a US-China trade deal could arrive sooner than expected.
China “will never catch us if we have smart leadership,” the president said from New York. “We’ve picked up trillions of dollars and they’ve lost trillions of dollars. And they want to make a deal very badly could happen sooner than you think.”
The New York Federal Reserve also announced increases to the size of its planned repurchase agreements, with the central bank arm set to double its 14-day loans to $60 Billion from $30 billion.
at September 25, 2019

US Coronavirus' Paycheck Calculator: This calculator tells you exactly how big your coronavirus stimulus check could be