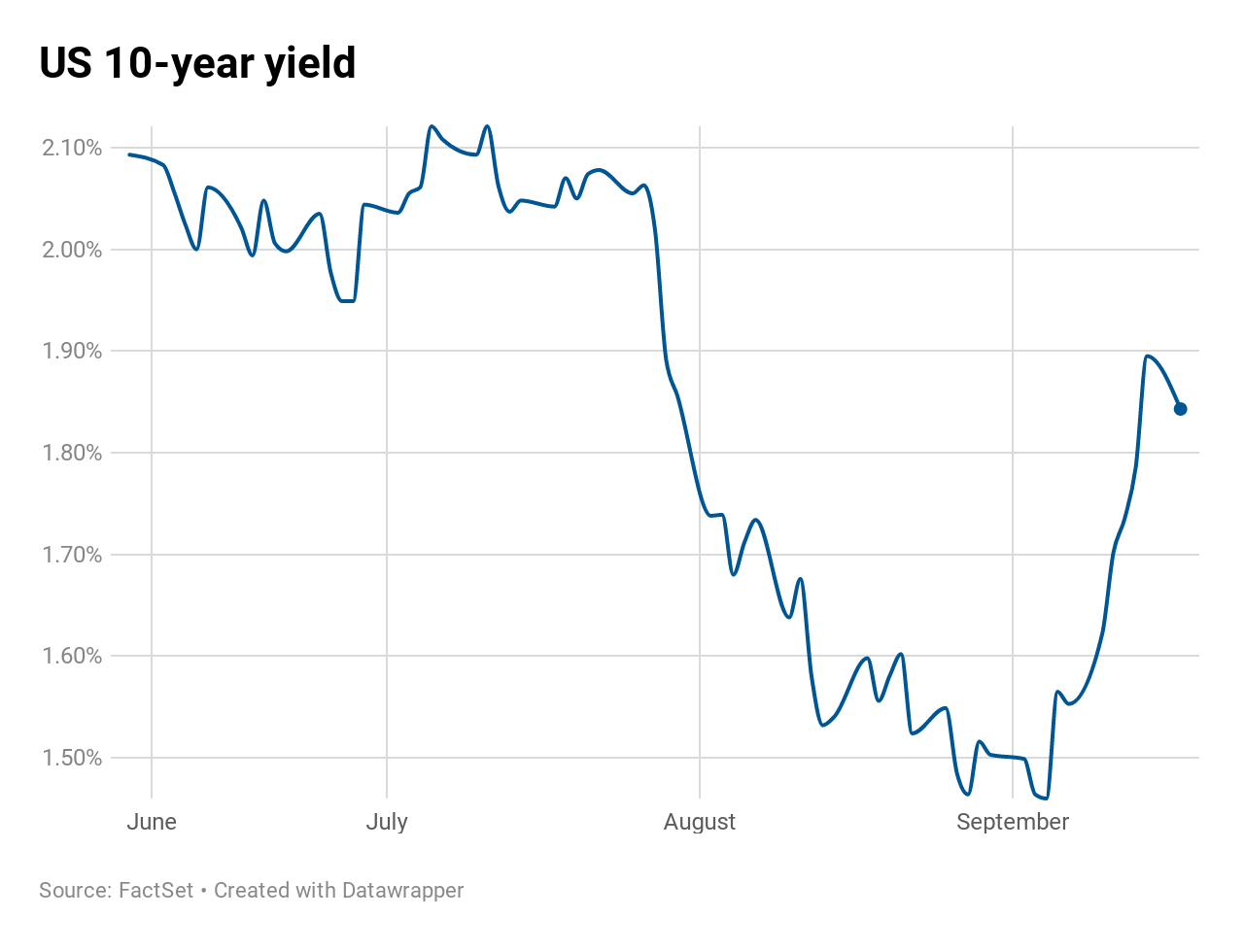 U.S. Treasury yields fell on Monday after drone attacks on Saudi oil production facilities escalated tensions in the Middle East and pushed investors toward safer assets like government debt.
The yield on the benchmark 10-year Treasury note, which moves inversely to price, was lower at around 1.862%, while the yield on the 30-year Treasury bond fell to 2.334%. The 10-year yield had posted its largest weekly rally since November 2016 as fears of an impending economic downturn eased.
Treasury yields rose after drone attacks on Saudi Arabian crude facilities over the weekend, which were estimated to have shut around 5% of the world’s supply.
The attack hit an oil processing facility at Abqaiq and the nearby Khurais oil field, knocking out production of 5.7 million barrels a day, or half of Abqaiq’s daily volume. President Donald Trump in response authorized the release of oil from the Strategic Petroleum Reserve, the nation’s emergency oil reserve, should it be needed to stabilize crude prices.
“Using the reaction of the Treasury market as a proxy it’s obvious that the broader growth implications far outweigh any near-term inflationary impulse,” wrote Ian Lyngen, head of U.S. rate strategy at BMO Capital Markets. “The attacks only reinforce our expectations for the Fed to cut rates a quarter-point on Wednesday and then again in October.
“If anything,” he continued, “the risk that the situation escalates to a protracted military engagement adds to the probability that the Fed isn’t going to be able to stop cutting rates after the aggregate 75 bp of ‘fine tuning’ which is currently priced in.”
Trump said the U.S. was “locked and loaded” and awaiting communication from Saudi Arabia in response to the drone attacks. Yemen’s Houthi rebels claimed responsibility for the attack, but the U.S. has nonetheless suggested that Iran may be responsible for the strike.
The Federal Reserve will begin its next two-day meeting on Tuesday, when members of the Federal Open Market Committee will discuss their economic outlooks and the merits of adjusting interest rates. The officials are widely expected to cut the overnight lending rate by 25 basis points amid a weaker economic situation in Europe and trade tensions between the U.S. and China.