Scott Morrison says there is no need to withdraw from the Paris climate agreement, because that won’t impact electricity prices, and the prime minister has warned power companies they could face a royal commission into their conduct.
With the government still indulging in recriminations after the tumult of the past fortnight, the new prime minister used radio interviews with Alan Jones in Sydney and Neil Mitchell in Melbourne to stake out policy ground and send a message to disgruntled colleagues that they needed to settle down and focus on their jobs. 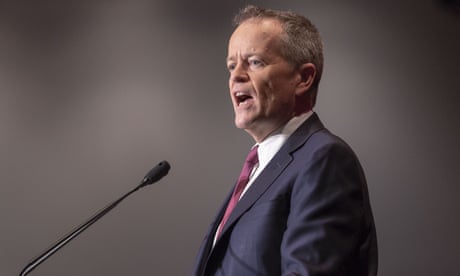 Morrison declared he was “restoring control” after a fortnight when the parliament resembled “the Muppet Show” and he borrowed a maxim from the American general Norman Schwarzkopf: “When placed in command, take charge”.
Asked how he intended to heal a divided government, Morrison said by getting people “to focus on their job”.
In the two radio interviews on Monday morning, including one with Jones, a Sydney shock jock hostile to Malcolm Turnbull – Morrison signalled he was not inclined to pull out of the Paris treaty because “I’m not convinced changing it makes any difference one way or the other – that’s the bottom line.”
“We met the first round of targets at a canter and this next one is out to 2030. Now, that discussion isn’t going to change anybody’s electricity prices, and that’s what I’m focused on.”
Morrison was asked how he’d bring down power prices. He said the government had already put the power companies on notice, and he was “open” to setting up a royal commission into the industry – an idea Peter Dutton floated before trying to seize the Liberal party leadership.
Guardian Australia was told last week the government was scoping out a royal commission into the power companies, but senior sources denied that was a live option.
Morrison said Monday he was not inclined to pursue a royal commission right now but he added: “I’m open to it and I’ll look at it.”
Morrison as treasurer resisted establishing a royal commission into the banks. On Monday he said Australia’s power companies were behaving similarly to the banks, and he had “failed to understand the pain people were feeling” when they were the victims of poor treatment by the financial services sector – an experience he intended to learn from.
The prime minister said coal-fired power needed to remain “absolutely” in the energy mix “for some time” and existing power stations needed to “remain open as long as possible” because they produced the cheapest dispatchable power.
“[Coal] remains a key source of keeping electricity prices down and keeping the lights on, and I intend for it to stay there,” Morrison said.
Morrison danced around whether a new high efficiency coal plant should be built, noting that new power stations did not produce cheap electricity.
He said he’d “love” to see one constructed on “competitive terms with everyone else, with no subsidies so the money goes where the dispatchable power can be generated”.
“I want the market to invest in these things”.
Morrison said energy prices and emissions policies were separate issues and needed to be treated separately, which was why he had split the environment and energy portfolios when he reshuffled the ministry after he took the leadership. 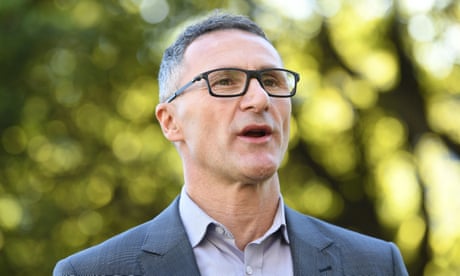 In his first speech in the energy portfolio last week, the new minister Angus Taylor signalled he wanted to encourage new investment extending the life of existing coal and gas plants, and upgrading ageing facilities, with an objective of boosting supply.
Taylor recommitted the government to pursuing heavy-handed interventions in the energy market cooked up in the last days of the Turnbull government, including “last resort” divestiture powers to break up power companies if they engage in price gouging.
While issuing threats publicly, Taylor has also been doing the rounds of the energy companies to establish a dialogue. The new minister said last week the big interventions would be unnecessary if prices came down. “The simple truth is that if industry steps up and does the right thing on price, government can step back and focus on other things.”
Posted by Fernando Guzmán Cavero at September 02, 2018 No comments:

Email ThisBlogThis!Share to TwitterShare to FacebookShare to Pinterest
Labels: Australia News, The Guardian.

Posted by Fernando Guzmán Cavero at September 02, 2018 No comments:

Pope Benedict, in retired seclusion, looms in the opposition to Pope Francis I Europe I The Washington Post

This digest includes 3 new articles: Cash ban only taught Indians not to trust the banking system, Come to the New Orleans conference with GATA and enjoy a money-back guanrantee, Smart Investor magazine in Germany feature Gata's work I Gata I The GATA DISPATCH

Cash ban only taught Indians not to trust the banking system

Submitted by cpowell on 05:55PM ET Sunday, September 2, 2018
1:58p ET Sunday, September 2, 2018
Dear Friend of GATA and Gold:
GATA Chairman Bill Murphy and your secretary/treasurer will be speaking again this year at the New Orleans Investment Conference, and if you register to attend the conference through GATA, the conference will generously pay us a commission that will help keep the organization going.