OSHA has also put off enforcement of an Obama-era standard for another respiratory hazard — silica, a mineral linked to a disabling lung disease as well as cancer — and it has delayed action on a rule that would require employers to electronically report workplace injuries so that they can be posted for the public.
The moves come as the Trump administration offers other hints of a significant relaxation in the government’s approach to occupational safety.
A successor to Mr. Michaels at OSHA has yet to be named. Mr. Trump’s proposed budget eliminates at least two other strategies designed to promote worker safety, including the Chemical Safety Board, which investigates chemical plant accidents, and an OSHA grant program that provides training in industries with high injury or fatality rates and workers who do not speak English well.

During the early months of the Trump administration, a former lobbyist for an industry group that has opposed the beryllium, silica and record-keeping rules served on the transition team at the Department of Labor, which oversees OSHA. That official, Geoffrey Burr, who has since moved to the Department of Transportation as chief of staff, had been a lobbyist for the Associated Builders and Contractors, which represents nonunion construction companies.
A spokesperson for the Transportation Department declined to make Mr. Burr available for an interview but said that the former lobbyist had been in regular contact with officials while at the Department of Labor “to ensure he was in compliance with all ethics rules.” The Associated Builders and Contractors did not respond to questions about Mr. Burr.
Asked about the Trump administration’s approach to occupational safety, a spokesman for the White House said, “The President and his administration care very much about worker safety, but believe the Obama administration’s approach was counterproductive, and we think we can do better.” He added that decisions to repeal and reduce specific OSHA regulations had not been made.
OSHA did not respond to questions about specific regulations.
Business groups that have fought OSHA actions have welcomed the apparent new direction and others believe it heralds a different approach by the Trump administration.
“The agency, under Obama, changed into something that was more explicitly allied with unions and critics of business,” said Walter Olson, a senior fellow at the Cato Institute, a libertarian think tank. “That’s likely to change.”
Some workplace experts and advocates say the Obama administration’s decision to wait until the 11th hour to finalize some major rules made them vulnerable.
“Because they did it so late in the game, they left the rules open to change,” said Dr. Lee S. Newman, a pulmonary expert at the University of Colorado, who helped uncover worker deaths caused by beryllium.
Experts like Dr. Newman also fear that a widespread regulatory rollback is beginning, and possible changes to the beryllium rule are particularly frustrating to them because it had taken so long to get the new standards in place.
It has been known for decades that exposure at even very low doses to beryllium — a strong, lightweight metal used to make computers, aircraft parts and nuclear bombs — can cause chronic beryllium disease, a disabling and potentially fatal lung ailment, in a small percentage of workers with a genetic susceptibility to it.
The Obama-era standard resulted from negotiations between the biggest American producer of beryllium, Materion Corporation, and the United Steelworkers union.

At one time, Materion, which was once known as Brush Wellman, played down beryllium’s risks and fought efforts to lower federal exposure standards because of fears that doing so would undercut its defense of lawsuits brought by sick or dying workers, court filings showed.
When OSHA proposed its final rule in August 2015, Materion applauded it, calling it a demonstration of how “industry and labor can collaborate to better protect workers” and saying it could be a guide for how the agency could develop future standards.
But in April, less than three months into the Trump administration, OSHA sent proposed changes to the White House for review. Agency officials declined to discuss the proposal. But safety advocates and an industry lawyer involved in meetings with OSHA about the new rule said that it was made clear to them that OSHA intended to lessen the rule’s effect on maritime and construction companies — or perhaps even exempt them.
“I had the feeling that the administration has already decided what it wants to do,” said Peg Seminario, the director for safety and health for the A.F.L.-C.I.O.
Maritime and construction companies were not included in the original proposed rule in 2015, but the agency soon expanded the standard to include them because of data showing the potential dangers of coal slag, a gritty, glass-like material containing trace levels of beryllium that is used to sandblast ships, tanks and other structures before painting, according to Mr. Michaels, the former OSHA administrator who is now at the George Washington University School of Public Health.
Data cited by the agency, Mr. Michaels said, found that air levels of beryllium detected during sandblasting at shipyards exceeded the new proposed OSHA limit.
Some big shipbuilders supported the rule’s extension to their industry, and said they were moving away from coal slag toward other abrasives like glass and garnet.
“We have a sophisticated work force and they understand some of these dangers,” said Dru Branche, the environmental, health and safety director for Newport News Shipbuilding, which is owned by Huntington Ingalls Industries.
Before the new beryllium rule was finalized during the final weeks of the Obama administration, sellers of coal slag, many of them small companies, had voiced opposition to it, arguing, among other things, that OSHA’s position on the material’s dangers was misleading and that other abrasives posed their own risks.
Since President Trump’s inauguration, they have become far more aggressive, spending at least $60,000 to lobby OSHA through an industry group called the Abrasive Blasting Manufacturers Alliance, public records show, and enlisting two former congressmen to fight for them. The group’s listed address in Camp Hill, Pa., is also the headquarters of the country’s largest vendor of coal slag, Harsco Corporation, a publicly traded company.

Requests for comment were referred by Harsco to a public relations agency, Dezenhall Resources, which declined interview requests but issued a statement. “There’s a growing consensus that the beryllium rule was erroneously expanded to include the entire abrasive blasting industry without any evidence to justify it,” it said.
Materion, the big beryllium producer, has also objected to some parts of the final rule and is in negotiations with OSHA about those issues. Groups like the Associated Builders and Contractors have said in filings that they were not given adequate opportunity to provide input on the rule, a position that Mr. Michaels, the former OSHA head, rejected.
Several former workers sickened by the metal say they oppose any effort to roll back the Obama rule.
One of them, Vishwanauth Jailall, worked for about six years at a facility in Minnesota pouring molten metals including beryllium into casts for airplane parts. By 2012, he was having such trouble breathing that he went to see a doctor who told him that it was dangerous for him to go back to work.
Today, at 49, he needs help from family members to get dressed and is prone to passing out. He wants a lung transplant, which, he said, is his best hope.
The government “shouldn’t weaken the standard; they should make it stronger,” Mr. Jailall said. “I don’t want anyone else to get sick.”
The process of enacting a new OSHA standard is often a long and arduous one, regardless of which party holds power. And companies or others frequently sue the agency, contending that it failed to follow procedures when drafting a rule or is imposing costs on employers that will yield little worker benefit.
The long-running dispute over silica followed that trajectory. The mineral, which is found in sand and rocks, can be released during activities such as construction, sandblasting and fracking and is a known respiratory hazard.
OSHA first considered taking action on silica in the 1990s, but it was not until 2013 that the agency issued a proposed final rule, saying that reduced workplace exposures mandated by it would save some 700 lives annually.
That standard was finalized last year, but industry groups including the Associated Builders and Contractors have filed a lawsuit to block it. The group said in a March letter to the Department of Labor that the rule was “infeasible and unworkable.”
A month later, OSHA announced it was delaying the rule’s enforcement for the construction industry until September to, among other things, “conduct additional outreach to the regulated community.”
In moving to eliminate the Chemical Safety Board, with an annual budget of about $11 million, the Trump administration’s budget proposal said the board was “largely duplicative” of efforts by other agencies, though the budget documents did not elaborate.
In arguing for the board’s continued existence, its chairwoman, Vanessa Allen Sutherland, said last month that it played an important and unmatched role. For example, after 13 firefighters died responding to an explosion at a Texas fertilizer plant in 2013, the board determined that emergency workers nationwide were ill-prepared for such accidents and created a training program.
at June 05, 2017 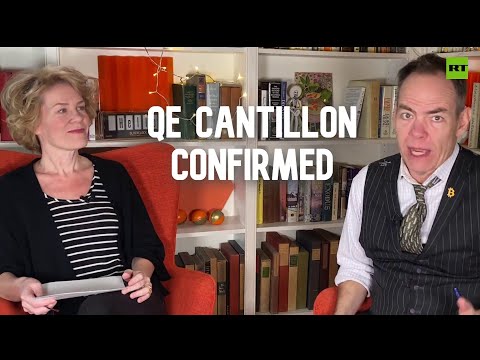 From Monday to Friday and occasionally on Saturday and Sunday.