Stanley Reed and Clifford Krauss
The deal shows that “the weight and resilience of OPEC is still there and will continue to be,” Qatar’s energy minister, Mohammed bin Saleh al-Sada, said at a news conference on Wednesday.
Read more »
at November 30, 2016 No comments:

Email ThisBlogThis!Share to TwitterShare to FacebookShare to Pinterest
Labels: NYT | Energy and Environment.

Fred Imbert
Stocks closed mixed on Wednesday, the last day of the month, as energy stocks surging on an OPEC deal to cut production, while investors digested solid economic data.

The Guardian | Opinion | Donald Trump Opinions - November 30, 2016: Frightened by Donald Trump? You Don't Know The Half Of It, by Gerge Monbiot


George Monbiot
Yes, Donald Trump’s politics are incoherent. But those who surround him know just what they want, and his lack of clarity enhances their power. To understand what is coming, we need to understand who they are. I know all too well, because I have spent the past 15 years fighting them.

FRB Speech - November 30, 2016: Speech by Governor Powell on a View From The Fed

At the "Understanding Fedspeak" event cosponsored by the Hutchins Center on Fiscal and Monetary Policy at the Brookings Institution and the Center for Financial Economics at Johns Hopkins University, Washington, D.C.

The Federal Reserve Board on Wednesday published a report on debit card transactions in 2015, including summary information on the volume and value, interchange fee revenue, certain issuer costs, and fraud losses. The report is the fourth in a series to be published every two years pursuant to section 920 of the Electronic Fund Transfer Act (EFTA).

Bloomberg Markets - November 30, 2016: Five Things You Need to Know to Start Your Day

by Lorcan Roche Kelly
Get caught up on what's moving markets.
November 30, 2016

It's OPEC day, Trump is said to pick Mnuchin for Treasury Secretary, and Carney fires back at Draghi. Here are some of the things people in markets are talking about today.


Noah Smith
Donald Trump’s plans for infrastructure spending are finally materializing, and they already have no shortage of critics. But I think the critics should ease up, and give the president-elect a chance.


Sam Meredith
U.S. stock index futures pointed to a higher open on Wednesday as traders eyed a sharp jump in oil prices ahead of a potential production cut deal from OPEC. 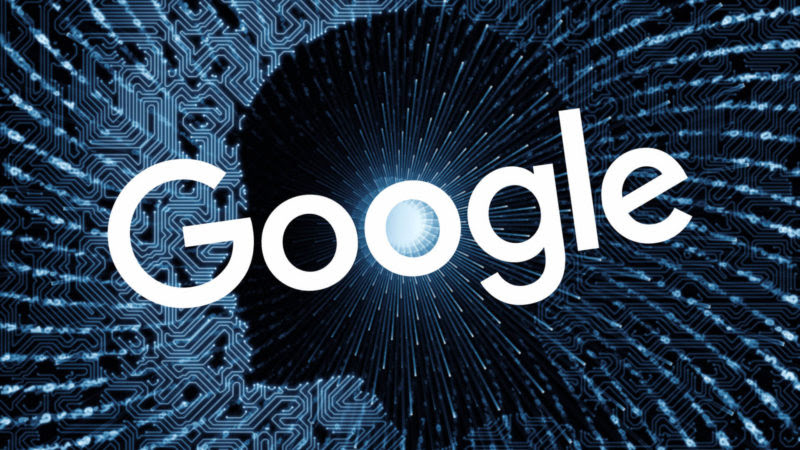 A Wired article explains how Google is now using machine learning to understand and produce featured snippets in the Google search results.

Google “just went live” on their desktop search results with what they call “sentence-compression algorithms.” This sentence compression is able to learn how “to take a long sentence or paragraph from a relevant page on the web and extract the upshot — the information you’re looking for,” Wired added.


Peter Goss
The latest international test results for maths and science have been released, and yet again, they paint a picture of stagnating outcomes in Australian schools. Relative to other countries, we are actually slipping backwards – and fast.

Email ThisBlogThis!Share to TwitterShare to FacebookShare to Pinterest
Labels: .The Guardian.

NYT | Economy - November 29, 2016: China Tightens Controls on Overseas Use of Its Currency

Keith Bradsher
SHANGHAI — As an exodus of money adds to the pressure on a slowing economy, regulators are trying to put the brakes on overseas use of China’s currency by increasing the scrutiny of certain overseas deals.
The decision to restrict overseas use of the renminbi represents a setback in China’s long-term drive to turn the currency into a rival to the dollar and euro in the global marketplace.
Beijing had pursued a greater role for the renminbi as a way to increase its economic influence. Part of the renminbi’s appeal in international finance was that most Chinese companies could borrow and spend it overseas while seldom seeking approval from financial regulators in Beijing.
But that leniency created a problem for China. The currency flowed out of the country in recent months and then traded heavily overseas, beyond the control of China’s regulators.
The situation has contributed to the currency’s steady weakening against the strong dollar this autumn. That weakness, in turn, has prompted some Chinese businesses and households to move even more money out of the country before its value can erode further.
“The authorities, under the relentless pressures of capital outflows, are poised to impose extensive restrictions on capital movements, marking a reversal of the gradual liberalizations introduced in recent years,” Fred Hu, the chairman of the Primavera Capital Group, an investment firm based in Beijing and Hong Kong, wrote in an email reply to questions.
“While such capital controls may be intended to be temporary,” he wrote, “they will introduce mounting uncertainties for Chinese outbound investments.”
In an effort to slow the exodus, an affiliate of China’s central bank, the State Administration of Foreign Exchange, issued a directive to bankers on Monday that amounted to additional scrutiny.
The directive, which was quickly and broadly circulated within China’s financial community, told banks that their domestic customers must check with the Beijing regulator before transferring $5 million or more — in dollars or renminbi — out of the country. The rules will also cover renminbi that is sitting in overseas accounts, which had previously escaped most regulation.
“The People’s Bank of China in Shanghai is facing great pressure to keep a balance” between inflows to and outflows from China, said the directive, referring to the Shanghai office of the central bank. The directive said that 5.1 trillion renminbi, or $740 billion, sluiced out of China in the first 10 months of this year while only 3.1 trillion came back into the country.
The State Administration of Foreign Exchange declined Tuesday evening to respond to a faxed question regarding offshore renminbi, suggesting that the question should be submitted instead to the People’s Bank of China. The central bank did not respond to questions late Tuesday evening.
Government directives are not supposed to be public in China. In a sign of government irritation at the unauthorized distribution, censors reached into private WeChat social media accounts on Tuesday and deleted copies of the directive.
The rules appear to take aim at a relatively discrete set of overseas deals that largely allow companies to pull money out of the country, rather than more strategic acquisitions.
Many Chinese companies, for example, have used their overseas subsidiaries to buy or borrow renminbi in Hong Kong, London, New York and elsewhere from the international arms of Chinese banks. Some of them then sell the renminbi and buy dollars, in a bet that the dollar will strengthen.
The new rules will apply broadly to Chinese companies. In the past, only companies with headquarters in Beijing typically had to notify the government of big moves in offshore renminbi.
Even so, the new rules amount more to a modest tweak than an outright overhaul.
Capital controls in China already restrict the movement of money. Individuals, for example, are not supposed to move more than $50,000 out of the country annually. Companies, too, have limits and other approval processes. The latest directive basically adds another layer of approval and closes some additional escape valves.
“They are not changing the rules,” said Jeffrey Sun, a partner in the Shanghai office of Orrick, Herrington and Sutcliffe, a global law firm. “It’s that, internally, they need to go through this extensive process.”
While Chinese regulators are increasing their scrutiny, they have been reluctant to ban overseas investment outright. Four different regulators issued a joint public statement on Monday through the official Xinhua news agency to emphasize that it was still acceptable for Chinese companies and households to invest overseas.
China’s overseas investments have “played an important role in deepening China’s mutually beneficial cooperation with other countries and promoting domestic economic restructuring and upgrading,” the statement said.
But even those more strategic deals may soon get a second look. Regulators are also drafting rules that would require prior approval from Beijing for very large overseas corporate acquisitions.
The draft rules on very large acquisitions, first reported by The Wall Street Journal last Friday and subsequently confirmed by bankers and executives who were briefed on the plans, would mandate that prior approval be obtained for deals exceeding $1 billion in real estate or in industries outside the Chinese company’s main area of business. Any acquisition would also require prior approval if it exceeded $10 billion.
But some bankers are skeptical that such rules will make much of a difference. Most large Chinese deals, like the pending acquisition of Switzerland’s Syngenta by the state-owned China National Chemical Corporation, involve well-connected companies that have long received top-level endorsement for their bids in advance anyway.
“The companies behind these large acquisitions are themselves very influential, and many will still find ways to close targeted deals,” said Brock Silvers, the chief executive of Kaiyuan Capital, a Shanghai investment advisory firm.


By Turd Ferguson | Tuesday, November 29, 2016 at 11:07 am
Well, we've finally reached "contract expiration" day as the Dec16 Comex gold and silver contracts go off the board and into "delivery" at the close today. With total Comex open interest now back to the levels of last December, could price finally be near a bottom? As usual, we must look at the USDJPY for clues.
Read more »
at November 29, 2016 No comments:

ESA - Gross Domestic Product - November 29, 2016: RGDP Increased at an Annual Rate of 3.2% in The First Quarter of 2016 According To Today's Second Estimate.

Real gross domestic product (GDP) increased at an annual rate of 3.2 percent in the third quarter of 2016, according to today’s second estimate.

An OPEC deal remains elusive, U.K.'s Brexit strategy is (possibly) revealed, and UBS says traders have Trump all wrong. Here are some of the things people in markets are talking about today.


Joe Weisenthal
In the wake of the 2016 presidential election, the media has worked itself into a panic about the rise of fake news on social media. Reporters have examined the subject from dozens of angles -- profiling misinformation peddlers from California to the Caucasus, analyzing how hoaxes spread, raising red flags about media literacy, and much more.

Victor Reklaitis
U.S. stock futures on Tuesday pointed to little change at the open, as analysts argued the post-election rally has run its course.


Saheli Roy Choudhury
South Korean shares retraced losses late Tuesday afternoon, as investors reacted to a televised speech by President Park Geun-hye offering to step down through a legal process, according to reports.
Park, who is embroiled in an influence-peddling scandal, apologized and said she would step down from her position in accordance with the law, asking legislators to aid her in handing over power with minimal political unrest, said Reuters.