The will-they-or-won't-they drumbeat has grown louder of late. To remove the suspense, I do not intend to make any calendar-based statements here today. Rather, I would like to give you a sense of the considerations that weigh on both sides of that debate and lay out the case for watching and waiting.1
The Outlook
Domestic real activity has proven reassuringly resilient. Most notably, the labor market has continued to improve this year, pushing the economy closer to full employment. While monthly nonfarm payroll employment growth looks to have slowed over the past three months to a 167,000 monthly pace, so far this year it has averaged about 200,000. With these gains more than sufficient to absorb trend growth in the labor force, they have led to gradual increases in resource utilization. At 5.1 percent in September, the unemployment rate has declined 1/2 percentage point since December. Alternative broader gauges of unemployment--which include individuals who are marginally attached to the labor force and employees working part-time for economic reasons--have also shown steady improvement this year.


EU calls on Russia to halt airstrikes in Syria

Ian Black
The EU has urged Russia to halt its military intervention in Syria, warning that it risks prolonging the four-and-a-half-year conflict and undermining a political process to end it – despite profound disagreement on how to achieve that.
EU foreign ministers meeting in Luxembourg on Monday said the Russian attacks were of “deep concern and must cease immediately”. Federica Mogherini, the union’s foreign policy chief, called the Russian intervention a “gamechanger” that has “some very worrying elements”.
For the first time, ministers also called for the protection of civilians to be an international priority. President Bashar al-Assad bore the greatest responsibility for the 250,000 dead, they said, linking “the systematic targeting of civilians by the regime” to “mass displacements and recruitment to and the flourishing of terrorist groups in Syria”. 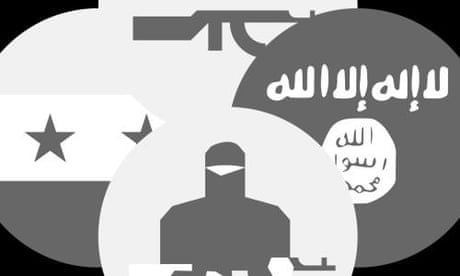 Russia’s intervention has made the complex pattern of alliances and enmities in Syria still more intricate. The Assad regime and its local opponents are backed to differing degrees and in different configurations by military powers from near and far
Read more »
at October 12, 2015 No comments:

Email ThisBlogThis!Share to TwitterShare to FacebookShare to Pinterest
Labels: The Guardian | World.