Email ThisBlogThis!Share to TwitterShare to FacebookShare to Pinterest
Labels: The Guardian | Australian Edition.


U.S. Secretary of Commerce Penny Pritzker issued the following statement today on the release of the July 2015 U.S. International Trade in Goods and Services data. U.S. exports of goods and services increased to $188.5 billion in July from $187.7 billion in June. The total trade deficit improved by 7.4 percent in July to $41.9 billion. Exports of financial services; other business services; telecommunications, computers, and information services; as well as insurance services all reached records highs in July.

Defense to Rest in Trial of 3 Ex-Dewey & LeBoeuf Leaders The defense plans to formally rest its case on Tuesday without calling a single witness to testify in the trial, which began in late May.
Read more »
at September 03, 2015 No comments:

The Federal Reserve Board on Thursday announced its approval of the application under section 3 of the Bank Holding Company Act by Banner Corporation and Elements Merger Sub, LLC, both of Walla Walla, Washington, to acquire Starbuck Bancshares, Inc., Seattle, and thereby indirectly acquire its subsidiary, AmericanWest Bank, Spokane, both of Washington.
Attached is the Board's order relating to this action.
For media inquiries, call 202-452-2955.
Attachment (PDF)
Board Votes

CMI Spot Prices as of Close of Trading in New York on September 3, 2015.

Evelyn Cheng
U.S. stocks closed narrowly mixed, attempting to extend a recovery as investors eyed fluctuations in oil prices and awaited the final jobs report before the Federal Reserve's key September meeting.
"I do think today's market is the market traders don't want to be in long because it could be very choppy if these numbers are indicative of a labor force that is expanding," said Quincy Krosby, market strategist at Prudential Financial.
Friday's nonfarm payrolls report is the last monthly employment report before the Federal Reserve meets in two weeks, when an announcement on interest rates is widely anticipated.

Stocks gave up much of opening gains to dip into negative territory in intraday trade.
The Nasdaq composite failed to hold higher and joined the other major averages in the red for 2015. Apple closed down 1.75 percent.
The S&P 500 and Dow Jones industrial average ended about 0.10 percent higher. Earlier, the blue chip index gained as much as 198.69 points in a failed attempt to stay out of correction territory, with Goldman Sachs and IBM among the top contributors to gains.
"We're still in the midst of this correcting process where equities aren't being transitioned into stronger hands," said Mark Luschini, chief investment strategist at Janney Montgomery Scott.
"That lends to this intraday rally and decaying until we have selling exhaustion (to the point) that we don't see that decaying that we're seeing at the moment," he said, noting some traders taking profits ahead of Friday's jobs report.
The energy sector struggled to hold gains after earlier spiking more than 2 percent on a surge in oil prices. Crude briefly turned negative in afternoon trade before settling up 50 cents, or 1.08 percent, at $46.75 a barrel.
On Wednesday, the S&P 500 and Nasdaq composite closed out of correction territory to within 10 percent of their 52-week highs. The major averages are still on track for weekly losses of nearly 2 percent.
"The key focus on today's trade is we're still rebounding. We strengthened into the close yesterday," said Art Hogan, chief market strategist at Wunderlich Securities. "China being closed helps with (alleviating) pressure and downside volatility."

"The fact that we're not seeing extraordinarily wider gyrations out of Asia is also a plus for the market," said Peter Cardillo, chief market economist at Rockwell Global Capital. "I think oil prices right now are the best indicator for equity markets until the FOMC meeting."

In Search for The Right Phone Plan: Bits | The Business of Technology - September 3, 2015.

Email ThisBlogThis!Share to TwitterShare to FacebookShare to Pinterest
Labels: The Guardian Money Deals.

The U.S. Census Bureau and the U.S. Bureau of Economic Analysis, through the Department of Commerce, announced today that the goods and services deficit was $41.9 billion in July, down $3.3 billion from $45.2 billion in June, revised. July exports were $188.5 billion, $0.8 billion more than June exports. July imports were $230.4 billion, $2.5 billion less than June imports.

The full text of the release on BEA's Web site can be found at www.bea.gov/newsreleases/international/trade/tradnewsrelease.htm

Mac Margolis
For anyone looking for a snapshot of Brazil's economic travails, you could do no better than the press conference Aug. 31 unveiling the government's 2016 budget, replete with a whopping deficit of 30.5 billion reais ($8.1 billion).
Any other day, all eyes would have been on the tallest man in the room, Joaquim Levy, the six-foot-four finance minister whose University of Chicago diploma and low threshold for fiscal folly have made him the toast of foreign investors and President Dilma Rousseff's guarantor of sound economics.

A Pledge for Republican Togetherness Is Framed on Trump's Terms: NYT First Draft on Politics - September 3, 2015.

A Pledge for Republican Togetherness Is Framed on Trump’s Terms 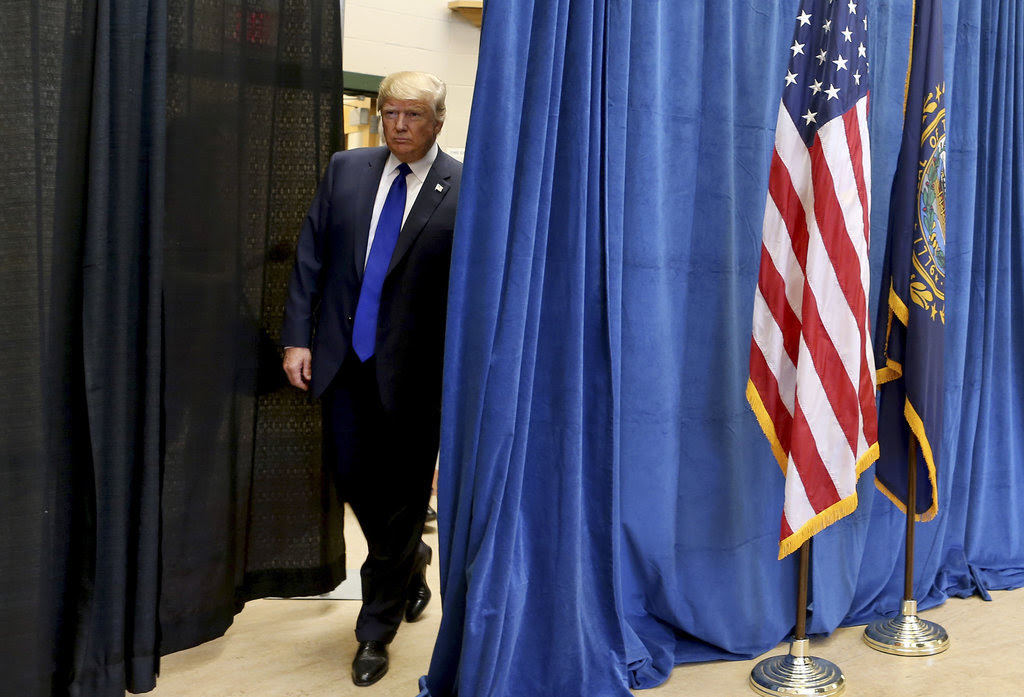 By Maggie Haberman
Good Thursday morning. While President Obama celebrates the success of his strategy to secure enough votes to put the Iran nuclear agreement in place, the head of the Republican National Committee was seemingly engaging in some strategy of his own, calling for all 17 candidates to make a promise meant to ease concerns about one candidate’s intentions.