Economics
Published on Sep 2, 2015
Stock Markets Collapse Peter Schiff, Ron Paul, Gerald Celente & others all warned this would happen
at September 02, 2015 No comments:

Email ThisBlogThis!Share to TwitterShare to FacebookShare to Pinterest
Labels: Economics.

Published on Sep 2, 2015
Actress and campaigner Emma Thompson tells Newsnight that climate change and the refugee crisis are connected - we're facing "a humanitarian disaster of proportions we simply can't imagine" she says. Emily Maitlis began by asking whether she believed she could negotiate with Shell on her current campaign to stop oil drilling in the Arctic.
at September 02, 2015 No comments:

Email ThisBlogThis!Share to TwitterShare to FacebookShare to Pinterest
Labels: The Guardian | Australian Politics.

London's gold market is showing tentative signs of increased demand for bullion from consumers in emerging markets, after the price of the precious metal fell to its lowest level in five years in July.
The cost of borrowing physical gold in London has risen sharply in recent weeks. That has been driven by dealers needing gold to deliver to refineries in Switzerland before it is melted down and sent to places such as India, according to market participants.
The rise "does indicate there is physical tightness in the market for gold for immediate delivery," said Jon Butler, analyst at Mitsubishi. .
..
... For the remainder of the report:

Commonly known as the Beige Book, this report is published eight times per year. Each Federal Reserve Bank gathers anecdotal information on current economic conditions in its District through reports from Bank and Branch directors and interviews with key business contacts, economists, market experts, and other sources. The Beige Book summarizes this information by District and sector. An overall summary of the twelve district reports is prepared by a designated Federal Reserve Bank on a rotating basis.

Email ThisBlogThis!Share to TwitterShare to FacebookShare to Pinterest
Labels: Federal Reserve Board Notification.

CMI Spot Prices as of Close of Trading in New York on September 2, 2015

Evelyn Cheng, Fred Imbert
U.S. stocks closed sharply higher on Wednesday, partly recovering from the worst start to September in 13 years, as investors eyed calmer global markets, domestic data, and oil prices. ( Tweet This )
The major averages rallied more than 1.5 percent in the close to end near session highs, with the Nasdaq composite outperforming with gains of 2.46 percent to pull out of correction territory.
The S&P 500 also closed higher out of correction territory, while the Dow Jones industrial average remained in correction. The blue chip index ended three straight days of losses with a gain of 293 points. Apple surged 4.29 percent and Microsoft leaped 3.68 percent to lead nearly all blue chips higher, while information technology led all S&P sectors higher.

Will Oil Cause the Next Recession?: Bloomberg View - September 2, 2015


Will Oil Cause the Next Recession?

A. Gary Shilling
If oil prices take another dramatic slide, as I believe they will, who wins and who loses? And could plummeting oil prices sow the seeds of the next recession?
Oil-importing countries are obvious winners from falling crude prices. That includes the U.S., where -- despite a surge in domestic production -- imports still account for nearly 50 percent of petroleum consumption. The net oil-importing countries of western Europe and Asia also benefit from falling crude prices. India and Egypt, which subsidize domestic energy use, will surely benefit. Some of that, however, will be offset because crude oil is priced in U.S. dollars, and those countries' currencies have grown weaker against the greenback.
The windfall for U.S. consumers is considerable, with average gasoline prices down 24 percent to $2.47 a gallon from $3.77 in June 2014. No doubt, prices will fall even more when the summer driving season ends after Labor Day.


It’s no surprise that gamers excited about the release of a new gaming console would go online to see what people are saying about it. But they might be surprised to learn that some people who posted video reviews were paid to say positive things—and didn’t disclose that. That’s what the FTC says happened in the days leading up to the launch of Microsoft’s Xbox One, according to a complaint filed today by the agency.

Sara Sjolin
U.S. stock futures climbed Wednesday, adding to gains after data showed solid job gains in the private sector and a sharp upward revision to productivity growth in the second quarter.
Wednesday’s data as well as the official payrolls figures due on Friday are among the last economic reports before the Federal Reserve makes a decision on interest rates at its next policy meeting on Sept. 16-17.

Lawrence Williams leaves MineWeb for Sharps Pixley and his own Internet site | NYPost's John Crudele: Why the Federal Reserve should be audited: GATA | THE GATA DISPATCH - September 2, 2015.

Today, the U.S. Bureau of Economic Analysis (BEA) is releasing prototype quarterly gross domestic product (GDP) by state statistics for 2005-2014. The new data are intended to provide a fuller description of the accelerations, decelerations, and turning points in economic growth at the state level, including key information about the impact of industry composition differences across states. Relative to the August 2014 release, the new prototype statistics incorporate new and revised source data and cover an additional year of economic activity.

The full text of the release on BEA's Web site can be found at www.bea.gov/newsreleases/regional/gdp_state/qgsp_newsrelease.htm

Obama Has One Vote Left to Court on Iran Deal: NYT First Draft on Politics - September 2, 2015.

Obama Has One Vote Left to Court on Iran Deal 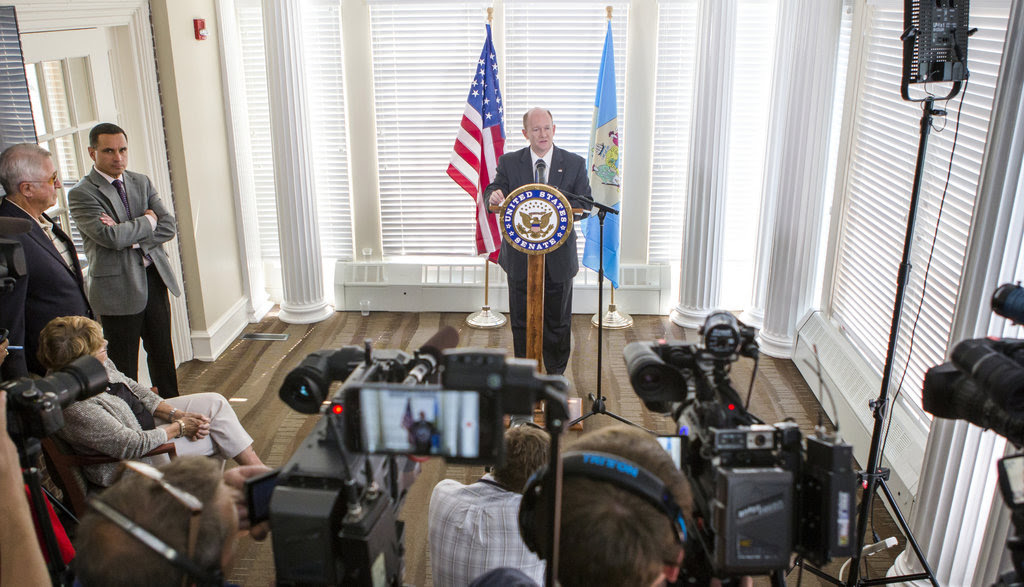 By Carl Hulse
Good Wednesday morning. In their arguments against the Iran nuclear deal, some Republican candidates have mocked President Obama for calling climate change the most serious threat facing the nation. It is worth noting then that the deal’s success might be assured while Mr. Obama is in the Arctic, warning of the effects of climate change.
Mr. Obama may be in the wilds of Alaska, but he is on the verge of a major foreign policy victory back home: The Senate is a vote short of making it impossible for opponents to block the nuclear deal with Iraq.

Sara Sjolin
U.S. stock futures pointed to an upbeat open on Wall Street on Wednesday, with investors finding relief in calmer markets in Asia ahead of a Chinese holiday.
Later in the day, key labor-market data and the Federal Reserve’s Beige Book will also be closely watched for any clues on the timing of the first rate increase.

Chao Deng
An earlier version of this story misstated the closing level of the Shanghai Composite.

Sellers eager to cash out before a four-day holiday in China and buyers believed to be backed by Beijing staged a stock-market tug-of-war in Shanghai on Wednesday, leaving shares down slightly after a tumultuous trading session.

Email ThisBlogThis!Share to TwitterShare to FacebookShare to Pinterest
Labels: 2015., Asian Markets at Close Report on September 2