The Global Market Sell-Off Continues The downturn threatens to end one of the longest bull runs in the history of the United States stock market.
Read more »
at August 21, 2015 No comments:

William Watts, Anora Mahmudova
U.S. stocks plunged Friday, capping a week of carnage that sent the Dow Jones Industrial Average into correction territory as fears about China’s economy and global growth spurred heavy selling.
The main indexes posted massive one-day selloffs and their biggest weekly declines in nearly four years.
“Today’s markets are driven by fear, with a lot of momentum shares seeing a retracement,” said Myles Clouston, senior director at Nasdaq Advisory Services.
The Dow Jones Industrial Average DJIA, -3.12%  plummeted 530.94 points, or 3.1%, to close at 16,459.75, leaving the blue-chip index down more than 10% from its record close in May, meeting the widely used definition of a correction. The index dropped 5.8% on a weekly basis, the steepest decline since September 2011.

Carla Mozee, Victor Reklaitis
European stocks fell into correction territory Friday, enduring their worst week of the year as downbeat Chinese data and Greek uncertainty weighed.
The Stoxx Europe 600 SXXP, -3.26%  fell 3.3% to close at 361.28. The pan-European index is down 12.7% from its all-time high of 414.06, hit on April 15. A loss of 10% or more from a recent high is often labeled as a correction.

Email ThisBlogThis!Share to TwitterShare to FacebookShare to Pinterest
Labels: Markets at Close Report.

Rand Paul
The U.S. Federal Reserve has grown massively in recent years. Since the 2008 financial crisis, it has increased its balance sheet from less than $1 trillion to an incredible $4.4 trillion. Given this sharp increase in the Fed's risk, it's reasonable that the Fed should be audited more thoroughly than in the past.
My bill to audit the Fed is just three pages long, and simply says that the Government Accountability Office should conduct a full audit. It has 32 co-sponsors in the Senate and 142 in the House. 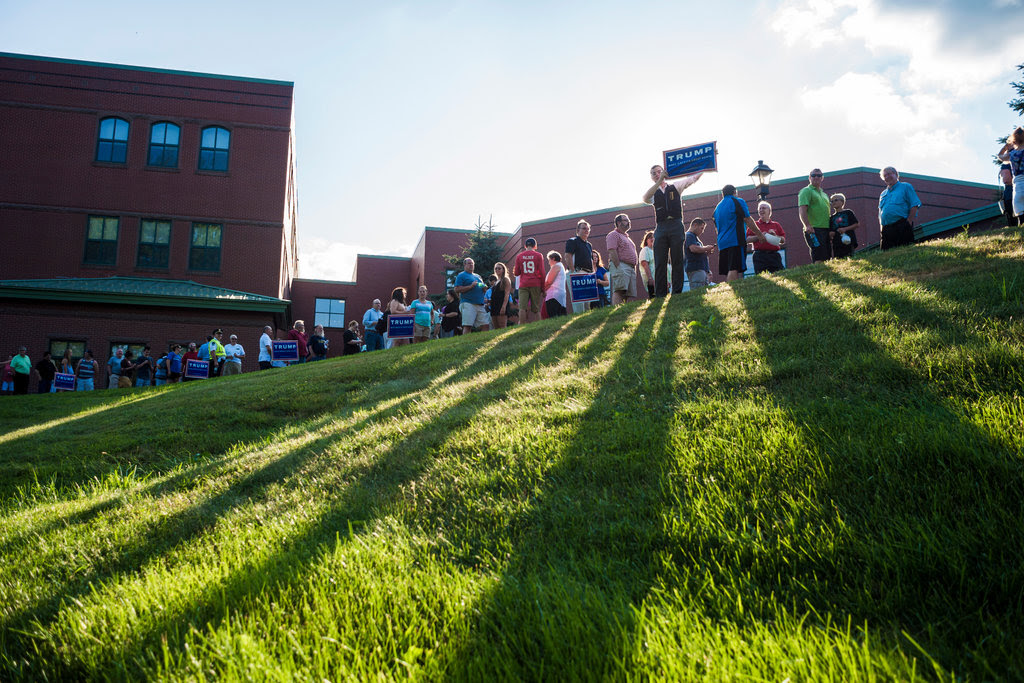 Potential supporters lined up outside a town-hall-style meeting with Donald J. Trump in Derry, N.H., on Wednesday. Ian Thomas Jansen-Lonnquist for The New York Times

By Maggie Haberman
Good Friday morning. Even on vacation, President Obama seeks to reassure on-the-fence supporters of the Iran nuclear deal that he will take a hard line in enforcing it. And as Donald J. Trump continues to drive both the polls and the news cycles, the ripples extend to his rivals’ camps as they can no longer base their response on simply waiting for him to go away.

Email ThisBlogThis!Share to TwitterShare to FacebookShare to Pinterest
Labels: The Guardian Media Briefing.


Stocks eye a reprieve despite ‘mortal blow’ from Chinese data

Barbara Kollmeyer
U.S. stock futures struggled for direction on Friday, with downbeat data out of China set to complicate the markets’ efforts to come back from the worst losses of the year so far.
“As the bulls lay bleeding out at the bottom of yesterday’s session, overnight, China has delivered the mortal blow,” said Jonathan Sudaria, night dealer at London Capital Group, in a note.

Chao Deng
China’s stock market brushed a new low since the depth of the summer selloff that wiped out roughly a third of its value, despite massive intervention from Beijing.
The Shanghai Composite Index SHCOMP, -4.27%  closed down 4.3% at 3,507.74, just a whisker above its July 8 low, breached earlier Friday.