Promontory Financial Settles With New York Regulator When New York State's financial regulator challenged the integrity of a top Wall Street consultant, the Promontory Financial Group, the firm threatened to sue, vowing to "litigate the matter and defend our firm against this regulatory overreach." On Tuesday, Promontory tried a different approach: compromise. Promontory - whose founder and chief executive, Eugene A. Ludwig, is a former top banking regulator - agreed to admit that its actions on behalf of a big British bank did not meet current consulting requirements, the New York State regulator announced. The deal, which caps a two-year investigation that cast a pall over the firm, also involves a $15 million penalty and an agreement that Promontory voluntarily abstain from certain consulting arrangements for six months.
Read more »
at August 18, 2015 No comments:

Pharmaceutical Companies Settle FTC Charges of an Illegal Agreement not to Compete, which Resulted in Higher Prices for Generic Version of ADHD Drug: FTC Accords on Charges - August 18, 2015.

Email ThisBlogThis!Share to TwitterShare to FacebookShare to Pinterest
Labels: FTC Accords on Charges

Scam-proof your doorstep
by Lisa Lake

Consumer Education Specialist, FTC
Nowadays, you can encounter a scam artist just about anywhere — online, over the phone and even at your door. Here are a few ruses that might come a’ knocking, and tips to avoid getting taken.
Read more >

Fred Imbert
U.S. equities closed lower on Tuesday as Wall Street digested better than expected housing data and mixed earnings results from two Dow components while eyeing the the release of the Federal Reserve's minutes.
"I think the market is getting some mixed messages here," said Art Hogan, chief market strategist at Wunderlich Securities, adding that while housing has improved, consumer spending has shifted in the U.S.

Mining journalist Lawrence Williams writes today that Asian gold demand seems to be a lot higher than the World Gold Council maintains. Williams' commentary is headlined "Is Asian Gold Demand Really Low -- Or at an All-Time High?" and it's posted at his Internet site here:

Carla Mozee, Victor Reklaitis
U.K. stocks fell Tuesday, enduring a sixth consecutive loss, with real estate shares pulled lower as a rise in inflation rekindled talk about when U.K. interest rates will be raised by the Bank of England.
Meanwhile, the pound climbed in the wake of the July inflation data.
The FTSE 100 UKX, -0.37%  fell 0.4% to close at 6,526.29, and dipped to intraday lows after the Office for National Statistics said consumer prices rose 0.1% from the year-earlier period, compared with expectations for a flat reading. The core consumer prices index, which strips out energy and food, rose to 1.2% from 0.8% in June.

Building permits in July 2015 were at a seasonally adjusted annual rate (SAAR down 16.3% from revised June rate but up 7.5% from July 2014: ESA | New Residential Construction

CARLY FIORINA'S TRACK RECORD "I come from a world outside of politics, where track records and accomplishments count," Carly Fiorina, a Republican candidate for president, said this year. In spite of her continued promotion of her business experience, she is still not often measured by her record as chief executive of Hewlett-Packard, Andrew Ross Sorkin writes in the DealBook column.

Mr. Sorkin notes that this is all the more striking because she was fired by Hewlett-Packard after the company's stock dropped by half in 2005. Mrs. Fiorina has long blamed this on the bursting of the dot-com bubble and the deepening recession in Silicon Valley after the Sept. 11 attacks.
Read more »
at August 18, 2015 No comments:

Trump’s Immigration Plan Casts Rivals as the Rope in a Tug of War: NYT First Draft on Politics - August 18, 2015. 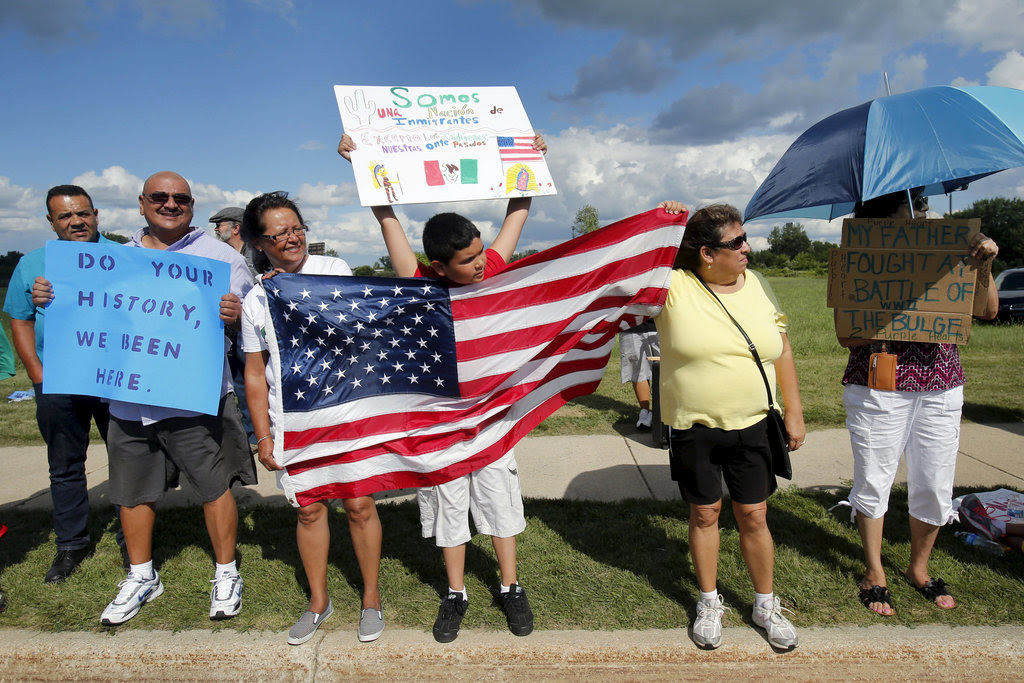 By Alan Rappeport
Good Tuesday morning. Cameras and microphones flocked to Donald J. Trump on Monday as he fulfilled his civic responsibilities and reported for jury duty in Manhattan. But it is his strict immigration proposals that continue to gain widespread attention and expose tension in the party over which crucial voting bloc is best to alienate and upset: Mr. Trump’s already angry supporters or Hispanics.

Email ThisBlogThis!Share to TwitterShare to FacebookShare to Pinterest
Labels: The Guardian Media Briefing .

Chao Deng
Fresh anxieties about China’s commitment to steadying the stock market sparked heavy losses in Shanghai Tuesday, despite signals of a housing recovery and the central bank’s latest steps to keep cash from fleeing.
The Shanghai Composite Index SHCOMP, -6.15%  tumbled 6.2% to 3,748.16, just 240 points above its recent trough on July 8 and 27% off its June peak. The smaller Shenzhen Composite Index 399106, -6.58%  fell 6.6% to 2,174.42.