The September increase was in line with the expectations of economists.
at October 23, 2013 No comments:

DealBook P.M. Edition October 23, 2013: The Trade: A Moot Effort to Burnish the Reputation of Goldman Sachs

The Trade: A Moot Effort to Burnish the Reputation of Goldman Sachs Since the financial crisis, Lloyd C. Blankfein, the chief executive of Goldman Sachs, has striven to build his name back up, but Goldman's good name has collapsed, writes Jesse Eisinger.
at October 23, 2013 No comments:

SAN FRANCISCO (MarketWatch) — U.S. stocks closed lower on Wednesday, with the S&P 500 falling from a record, as investors assessed mixed results from U.S. corporations, including a disappointment from equipment-maker Caterpillar Inc.
The Dow Jones Industrial Average DJIA -0.35%  declined 54.33 points, or 0.4%, to close at 15,413.33, with 21 of its 30 components in negative terrain.

Caterpillar CAT +0.20%  paced blue-chip losses, off 6.1% after the heavy equipment lowered its earnings outlook. Boeing Co. BA -0.21%  shares led gains on the Dow, closing up 5.3%, after the plane manufacturer raised its 2013 forecast.

“Earnings are about what you might expect in a slow-growth economy; some areas are doing well, and some are not doing well at all,” said Bruce Bittles, chief investment strategist at RW Baird & Co.

Netflix drops after Icahn sells shares
Polya Lesova takes a look at which stocks traders will be watching during market action, including Netflix, Boeing, and Caterpillar. Photo: AP


“We’re at that point where the infamous ‘Wall of Worry’ becomes significant. Margins have peaked, so we have to live off revenue growth more than earlier in the cycle,” said Bruce McCain, chief investment strategist at Key Private Bank.

The midweek swoon “feels like a normal pullback,” said Bittles, who notes that Wall Street has “rallied almost 100 S&P points since two weeks ago.”

Broadcom Corp. BRCM +0.08%  fell 2.9% after the wireless-device chip maker projected fourth-quarter revenue below estimates and said it would cut up to 1,150 jobs.

Investor sentiment was also hit by worries about possible monetary constrictions in China and softness among European banks.

“There is continuing worry that they are extending bad loans and building things that aren’t needed,” said McCain of a Bloomberg News report that China’s largest banks had tripled the number of bad loans written off in the first half of the year to clear up their books before another round of defaults.
“A movement to tighten monetary conditions to slow growth in China is a modest threat to global economic growth that could spill over not only to the European stock market, but to U.S. stocks given the importance of China as a U.S. export market,” Fred Dickson, chief investment officer at Davidson Companies, noted in emailed commentary. 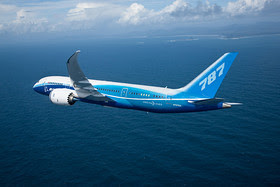 Boeing  Image
The dollar DXY +0.02% gained against global currencies such as the euro EURUSD -0.05% but not the yen USDJPY -0.76% . A day after its strongest rise in a month, the 10-year Treasury yield 10_YEAR -0.80% fell nearly 2 basis points to 2.50%. See: Dollar, yen get safety bid.
”Yields are coming down pretty quickly here, which suggests the rate of inflation is going to be soft going forward, and the economy with it,” said Bittles, who adds falling commodity prices also reflect a slowing economy.
But the scenario holds potential positives, given “the housing market had been threatened when yields went to 3% on the 10-year, and lower energy prices means lower gasoline prices, which means a tax cut for the consumer,” Bittles added.

Stocks finished lower Wednesday, with the S&P 500 snapping a four-day streak of record highs, following weakness in global equities and a mixed bag of earnings reports.
(Read more: Why bullish technical analyst is worried about 2014)


The Dow Jones Industrial Average finished in the red, dragged sharply lower by Caterpillar.
The S&P 500 and the Nasdaq also ended in negative territory. The CBOE Volatility Index (VIX), widely considered the best gauge of fear in the market, climbed above 13.

Most S&P sectors were in the red, dragged by energy and materials, while defensive sectors such as utilities and consumer staples kept a limit on losses.


The S&P 500 set a record high for the fourth-straight session Tuesday, closing above 1,750 for the first time, after the tepid September jobs report gave further evidence to investors that the Federal Reserve will continue to support the economy at the current pace. Meanwhile, the Dow is within 1.5 percent of its all-time record set last month.

"Thanks to some overly enthusiastic economic projections that look more and more out of line with reality and a dysfunctional Congress that caused a very partial short-term government shutdown, the Federal Reserve appears likely to allow the current pace of quantitative easing to continue unabated," wrote Scott Wren, senior equity strategist at Wells Fargo Advisors. "When we add it up, the tapering phase of QE is unlikely to start until the first few months of 2014 at the earliest." The latest crop of Business in Vancouver's Forty Under 40 winners for 2013/14 is unveiled today. The winners, in alphabetical order, are ... READ MORE

The Bank of Canada announced October 23 that the overnight rate will ... READ MORE

Technology companies like Hootsuite, which is on a major job recruitment drive, may be getting some competition for skilled engineers from... READ MORE

British Columbia saw the biggest drop in Canada between 2009 and 2013 in the Canadian Federation of Independent Business' (CFIB) ranking of ... READ MORE

Investors pile back into gold stocks, Goldcorp up $2b in a week

Those on the ground in northwest British Columbia spare no hyperbole when discussing the economic possibilities currently hovering over... READ MORE
at October 23, 2013 No comments:

Email ThisBlogThis!Share to TwitterShare to FacebookShare to Pinterest
Labels: CMI Gold & Silver | Spot Prices as of Close of Trading in New York.

Markets were also hit by a report saying China’s largest banks tripled the amount of bad loans written off in the first half of 2013. See: Dollar, yen get safety bid on China bank worries
The Stoxx Europe 600 index XX:SXXP -0.62%  dropped 0.6% to close at 318.99. On Tuesday, the benchmark closed in positive territory for a ninth straight day, marking the longest winning run since June 2010, and ended at the highest level since June 2008.

'Airpocalypse' in China: Scenes of heavy smog
Much of northeastern China has been shrouded in heavy smog, forcing the closure of roads, schools and a major airport, and adding to public pressure on Chinese officials to address mounting concerns over air pollution.


“We had a difficult session in Asia, we had some talk about more nonperforming loans from Chinese banks, we had talks about tightening conditions in China and we’ve had the discussion about the [ECB’s] asset-quality review. The sum of those things has been not a great deal of positive impetus for the markets,” said Guy Foster, head of portfolio strategy at Brewin Dolphin.

Wednesday’s selloff shouldn’t, however, mark the beginning of a longer-term correction, he said.
“Generally the months from October to April are pretty reasonable. We’re expecting further progress from equities, but not for them to race away. Valuations are reasonable,” he added.

Among biggest decliners in the pan-European index, shares of STMicroelectronics NV FR:STM -8.88%   STM -8.29%  slid 8.9% after the chip maker posted a loss for the third quarter and said overall revenue fell on weakness in its wireless-chip business.

Heineken NV NL:HEIA -4.45%   HKHHY -1.59%  slumped 4.5% after the Dutch brewer cut its outlook for the full year to reflect weakness in central and Eastern European markets, and some developing markets.

As a sector, banks weighed the most on the European indexes after the European Central Bank said it would begin a thorough review of the balance sheets of 130 financial institutions in the euro zone in November, to unearth potential risks before moving closer to a banking union for the region. As part of the asset-review exercise, the ECB will ask these banks to set aside 8% of their risk-adjusted capital as a buffer against losses on loans and other parts of their balance sheets. The 8% capital benchmark was slightly more than what many analysts had anticipated.

Analysts at Société Générale said, however, there were no major surprises on the methodology of the stress test. “At first sight, the ECB appears as rigorous as expected. It’s good to see a fairly detailed account of how the ECB aims to proceed with its comprehensive assessment of banks, as transparency will be a key ingredient for success. All asset classes will be covered, including sovereign debt,” they said.

“For Europe, the comprehensive assessment is a potential game changer in the broader context of building a European Banking union. This could break the negative feedback loop between confidence and uncertainty on the one hand, and credit growth and investment on the other,” they added.

Among country-specific indexes, Spain’s IBEX 35 index XX:IBEX -1.84%  posted one of the biggest losses, off 1.8% at 9,828.30 even as the country’s central bank said that a two-year recession ended in the third quarter, when the economy grew 0.1%.

Shares of drug maker GlaxoSmithKline PLC UK:GSK -1.91%   GSK -1.84%  dropped 1.9% after the company said net profit fell 12% in the third quarter, as sales to China were hurt by a high-profile Chinese-government investigation, alleging the company bribed doctors and others to sell more drugs.

Orange SA FR:ORA -5.35% , formerly known as France Télécom, slid 5.4% after reporting a decline in third-quarter earnings, hit by a price war in its home French market.

Shares of Peugeot SA FR:UG +3.32%  gained 3.3% in Paris after the car maker reaffirmed its full-year financial guidance. It also said it now expects the European automobile market will contract by 4% this year, compared with a previous forecast of a 5% fall.

Shares of Celesio AG DE:CLS1 +6.47%  rallied 6.1% to 21.73 euros ($30) in Frankfurt after The Wall Street Journal said McKesson Corp. MCK -0.26%  is expected to announce an offer on Thursday for the German health care firm. McKesson is expected to offer between €21 and €23 per Celesio share, people familiar with the matter said. Representatives from Celesio and McKesson weren’t immediately available to comment.

Sara Sjolin is a MarketWatch reporter based in London. Follow her on Twitter @sarasjolin.
at October 23, 2013 No comments: