Snowden Says in Interview He Took No Secret Files to Russia
at October 17, 2013 No comments: Links to this post

Jeh Johnson Will Be Nominated to Lead Department of Homeland Security
at October 17, 2013 No comments: Links to this post

Email ThisBlogThis!Share to TwitterShare to FacebookShare to Pinterest
Labels: CMI Gold & Silver Spot Prices as of Close of Trading in New York.

Want a Piece of a Star Athlete? Now, You Really Can Buy One. Fantex Holdings, a start-up backed by prominent investors, is creating stocks tied to the value and performance of an athlete's brand. First up: Arian Foster of the Houston Texans.
at October 17, 2013 No comments: Links to this post

“We’re now going to shift our focus from Washington to earnings. It’s going to be an OK quarter, but not a barn burner by any stretch of the imagination,” said Phil Orlando, an equity strategist at Federated Investors.

“All we did was nudge the can a few feet, because we have to come back and do this again in January and February,” said Orlando of the agreements to finance government operations until Jan. 15 and hike the U.S. debt ceiling through the middle of February. The standoff that shut the government for 16 days is “absolutely having an impact on economic growth and consumer spending. I don’t know that folks in Washington get that,” he added.

Climbing above its Sept. 18 record finish of 1,725.52, the S&P 500 index SPX +0.67%  ended up 11.61 points, or 0.7%, at 1,733.15. It hit an intraday high of 1,733.45, surpassing the prior intraday high of 1,729.86 set on Sept. 19. Telecommunications performed the best and technology the worst of its 10 major sectors.
After a brief climb into positive terrain just ahead of the close, the Dow Jones Industrial Average DJIA -0.01% lost 2.18 points to end at 15,371.65. It had fallen almost 145 points during the session.
Verizon VZ +0.07% fed blue-chip gains, rising 3.5%, after the nation’s biggest cellphone carrier reported a sharp jump in third-quarter income.
American Express Co. AXP -0.08% led gainers on the Dow after it reported results that surpassed Wall Street estimates, with its shares up 5.1%.
IBM shares fell 6.4% after the computer-services provider reported a sixth straight decline in quarterly sales and Goldman Sachs Group Inc. declined 2.4% after the investment bank posted quarterly revenue below Wall Street’s expectations. 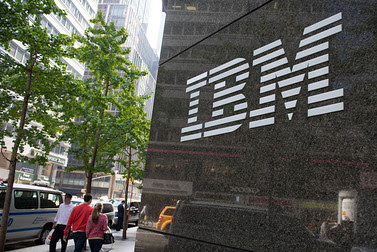 The Philadelphia Federal Reserve’s manufacturing index fell to 19.8 in October from 22.3 in September, with the gauge positive for a fifth consecutive month.
U.S. jobless claims fell by 15,000 to 358,000 last week from a revised 373,000 the week before, according to a Labor Department report, with the number skewed by the just-ended government shutdown and computer issues that created a backlog in California.

“You really can’t look at economic data yet, because the government’s been shut down for three weeks,” said Orlando at Federated Investors.