The G.O.P. Role in the Fiscal Crisis
Readers discuss Republican attitudes toward business interests and default.
Posted by Fernando Guzmán Cavero at October 10, 2013 No comments:

There are no good choices if we hit that debt ceiling. Which bad choice would do the least harm?
Posted by Fernando Guzmán Cavero at October 10, 2013 No comments:

Posted by Fernando Guzmán Cavero at October 10, 2013 No comments:

Email ThisBlogThis!Share to TwitterShare to FacebookShare to Pinterest
Labels: The White House.

Posted by Fernando Guzmán Cavero at October 10, 2013 No comments:

Bank Examiner Was Told to Back Off Goldman, Suit Says Carmen Segarra says that she was fired from the Federal Reserve Bank of New York after refusing to change her findings about Goldman's inadequate controls on conflicts of interests.
Posted by Fernando Guzmán Cavero at October 10, 2013 No comments: 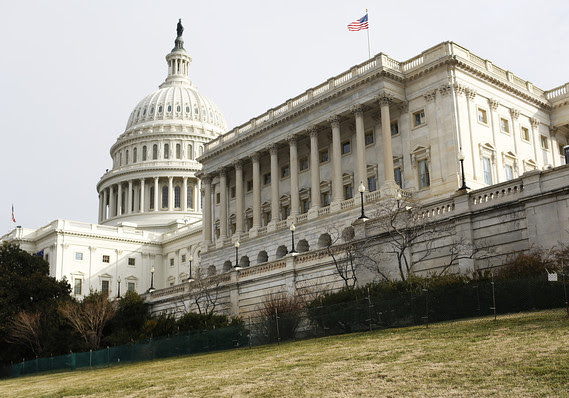 The White House on Thursday called encouraging the Republican plan to hike the debt ceiling for six weeks with no policy strings attached, reducing the danger of a U.S. default. The Treasury has said the debt ceiling needs to be raised by Oct. 17 or the U.S. won’t be able to pay its bills.

“Nobody gets everything they want,” House Speaker John Boehner said Thursday. The Ohio Republican said his party would be offering the temporary hike in the debt limit in exchange for budget talks.

“It’s my understanding that discussions are going on in that theatrical place we call Congress now,” said Randy Frederick, managing director of active trading and derivatives at Charles Schwab.

The CBOE Volatility Index, or VIX VIX -15.92% , fell 3.2 points, or 16%, to 16.40. The gauge of investor sentiment on Wednesday climbed above 21, reflecting “an increase in uncertainty but not panic by any stretch,” said Frederick. “If investors were pricing in a real possibility of a default, the VIX could be at 30 or 40,” he added, referring back to the spring of 2011, “when we had the last big debt-ceiling debate” and the VIX ran up to 31.

“I’ve been quite surprised that the interest rate hasn’t risen much while this has been going on. I’m a bit puzzled by how the 10-year has taken this in stride pretty nicely,” said Frederick of the bond market’s reaction to the long-running standoff on Capitol Hill.

And, the Labor Department reported the number of Americans filing for initial jobless benefits jumped to 374,000 last week, with the larger-than-expected rise largely reflecting computer glitches in California.

“Given the chaos within prior and now current readings, we’ll take this with a pinch of salt,” Andrew Wilkinson, chief economic strategist at Miller Tabak & Co. LLC, wrote in emailed commentary.

“The rise in claims is the largest since Hurricane Sandy about a year ago and lifts the headline to the most since March. It will now take several weeks to shake out the impact of the shutdown leaving investors guessing precisely how much the private sector is feeling its impact,” he said.

Kate Gibson is a reporter for MarketWatch, based in New York. Follow her on Twitter @MWKateGibson.
Posted by Fernando Guzmán Cavero at October 10, 2013 No comments:

Stocks closed out the session with a sharp bang Thursday, with major averages rallying more than 2 percent across the board, as lawmakers seemed to move closer to a deal to resolve the political stalemate in Washington.
Major averages logged their second-best gains this year.
(Read more: After-hours buzz: Micron, Gap, Safeway & more)

"No one's going to get in the way of this move—we've been up more than 200 points all day so you're going to be hard pressed to find someone on the other side of the trade," said Art Hogan, managing director of Lazard Capital Markets. "This is clearly the light at the end of the tunnel that everyone wants."

The CBOE Volatility Index (VIX), widely considered the best gauge of fear in the market, tumbled near 16.

All key S&P sectors closed in positive territory, boosted by financials and industrials. Both sectors had been hit hardest in recent days. Meanwhile, defensive sectors including utilities and telecoms lagged the broader market rally.

"Assuming the market holds on to most of today's gains, I expect some follow-through tomorrow (Friday) that could challenge 1,700 on the S&P 500," according to Elliot Spar, market strategist at Stifel Nicolaus. "Before getting too excited about that move, there will be plenty of overhead supply to get through especially on those big-cap Nasdaq names that have come under pressure this week."

House Speaker John Boehner said the GOP would offering a temporary increase in the debt ceiling in return for discussions with President Obama on other budget and deficit issues.

And President Barack Obama is willing to look at the proposal to extend the debt ceiling but insists that lawmakers end the government shutdown as well, according to a White House official.

President Obama and congressional leaders were set to meet on Thursday for further discussions.