By Kate Gibson, MarketWatch
NEW YORK (MarketWatch) — U.S. stocks on Thursday climbed for a third consecutive session, with the Dow Jones Industrial Average posting its longest winning run since the middle of July, as investors looked to the government’s monthly jobs report.


“Friday’s numbers will be closely watched, as that might influence the administration of the taper program,” said Jim Russell, senior equity strategist for US Bank Wealth Management, referring to signals from the Federal Reserve that it would start easing monetary stimulus later this month.

Unless the August jobs report is a “disaster, like some really weak number,” central-bank tapering in September is a done deal, said Doug Foreman, chief investment officer, at Kayne Anderson Rudnick. “I’d be very surprised if the number was weak enough to get the Fed to change its mind.” “What they say about any future plans will probably be more important,” Foreman added.

The Labor Departments will release its August jobs report at 8:30 a.m. Eastern time. Economists polled by MarketWatch expect that the economy created 173,000 jobs and the unemployment rate remained at 7.4%.

Economic reports ahead of the open Thursday had weekly jobless claims falling more than forecast and private-payrolls growth coming in slightly below expectations.

The S&P 500 index SPX +0.12% climbed 2 points, or 0.1%, to 1,655.08, with industrials and energy leading sector gains and telecommunications and utilities leading industry-group declines.
Rising the most on the S&P, Fastenal Co. FAST -0.38%  rose 6% after the construction-supplies retailer reported a jump in sales last month.

Investors were also cautious as President Barack Obama arrived in St. Petersburg on Thursday for the G-20 gathering. Ahead of the summit, China and Russia cautioned that reduced stimulus by the U.S. central bank could hinder the global economy. Follow live updates: G-20 leaders’ summit in St. Petersburg, Russia.
“We are going to get more data tomorrow, nonfarm payrolls, which is key, and linked very tightly around Fed taper decisions. And we’ll probably know more next week around Syria, and the uncertainty there. The noises out of the G-20 this weekend could be telling about what path the U.S. might take,” said Russell, referring to Obama’s effort to garner international backing for retaliatory strikes against the Syrian regime following a chemical-weapons attack last month that killed more than 1,400 civilians in a suburb outside of Damascus.

“We’re hopeful of course a dialogue can happen where everyone wins,” said Russell of potential discussions between Obama and Russian President Vladimir Putin, an ally of the Syrian government.
“Tailored and limited in scope, I think the market is content with applying a spanking to Syria with those attributes,” Russell added.

On Thursday, “the service-sector ISM, that is the data point of the day,” Russell said of the gauge, which rose to 58.6% from 56%, above the level needed to “confirm a strong ISM manufacturing number earlier this week and also that the U.S. economy continues to make headway.” 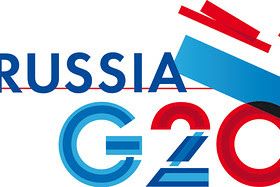 Factory orders fell 2.4% in July, with the drop less than economists polled by MarketWatch had expected.

On Wednesday, stocks climbed for a second session after Ford Motor Co. F -0.12% reported its best-retail-sales month in seven years and the Fed’s Beige Book survey of economic conditions found the modest to moderate growth in July and August.

Kate Gibson is a reporter for MarketWatch, based in New York.
Posted by Fernando Guzmán Cavero at September 05, 2013 No comments:

Brazilian Regulators Open a New Inquiry Into Batista Brazil's securities and exchange commission says it has opened a new formal investigation into the business dealings of the onetime billionaire Eike Batista and five other executives of the petroleum company OGX.
Posted by Fernando Guzmán Cavero at September 05, 2013 No comments:

Stocks eked out gains for a third-consecutive session Thursday, with the 10-year note yield pushing closer to the psychological threshold of 3 percent, as investors digested a flurry of economic reports and ahead of the government's widely-watched monthly jobs report.
(Read more: Pro strategies as 10-year nears 3 percent )

The Dow and SandP 500 are poised for their best week in nearly two months.
Among key SandP sectors, financials gained, while interest-rate sensitive areas such as telecoms and utilities slumped.
Star fund manager's top 3 picks
4-star fund manager Randy Bateman of Huntington Funds explains why he likes Sanderson Farms, Evercore and Myriad Genetics.
"On average, over the last 50 years, September has been the worst month of performance for the S&P 500 Index by far," wrote Scot Wren, senior equity analyst at Wells Fargo Advisors. "Over the next few weeks, investors will be presented with a number of issues that are going to drive stock market behavior in at least the nearer term and possibly much longer." "The list is long," he continued. "The future of the Fed's QE program, Syria, the debt ceiling debate in Congress and German elections to name a few." On the economic front, the pace of growth in the services sector rose to its highest since December 2005, according to the Institute for Supply Management. The 10-year Treasury yield topped 2.97 percent following the report, hitting a fresh two-year high. (Read more: Art Cashin: Beware this market 'trip wire') But factory orders dropped 2.4 percent in July, according to the Commerce Department. On the jobs front, weekly jobless claims declined to a near five-year low, according to the Labor Department. And the number of jobs in the private sector grew by 176,000 in August, up from 200,000 jobs created in the previous month, according to payroll processing giant ADP. Meanwhile, the number of planned layoffs soared to hit its highest in nearly six months, according to a report from consultants Challenger, Gray & Christmas. The trio of employment data came a day ahead of the Labor Department's widely-watched employment report on Friday, almost two weeks before the Fed's September policy-setting meeting. Economists polled by Reuters expect non-farm payrolls to have increased by 180,000 jobs last month, up from a gain of 162,000 the month prior.  (Read more: To taper or not: Jobs scrutinized for next Fed move) "Uncertainty's always a negative in the short-term for the market, but the underlying trend in the economy has been good and that's a positive," said John Fox, co-manager of the FAM Value Fund.

Groupon soared after Morgan Stanley raised its rating on the daily-deal site to "overweight" from "equalweight." Costco rose after the wholesale retailer posted August same-store sales that exceeded Wall Street estimates, despite lower fuel costs and weak foreign exchange rates. Yahoo unveiled a new logo, the first re-design since the firm was founded nearly 20 years ago. The redesigned look is part of a makeover that Yahoo has undergone since Marissa Mayer to became the company's CEO a little over a year ago. JCPenney soared following reports from the New York Post that the retailer is scrapping the Martha Stewart brand due to poor sales of the brand. The move comes as a judge is expected to soon rule in a lengthy court battle between JCPenney and Macy's over which chain has the right to sell the Martha Stewart line. Shares of Martha Stewart Living dropped as the company said it has no intention of ending its agreement with JCPenney. The euro dropped to a 6-1/2 week low against the U.S. dollar as the European Central Bank kept rates on hold, with ECB President Mario Draghi repeating that the central bank is committed to keeping interest rates low for an extended period. Meanwhile, President Barack Obama faced growing pressure from world leaders not to launch military strikes in Syria at the Group of 20 summit on the global economy in St. Petersburg, Russia. U.S. Senate Majority Leader Harry Reid said he is "guardedly optimistic" that the Senate will approve approve Syria use-of-force resolution by the end of next week, according to Reuters, citing a Senate aide. The Senate's Foreign Relations Committee approved the authorization of limited military intervention in Syria on Wednesday, setting the stage for a contentious debate in the Senate on September 9, when it is expected to vote on military action.
—By CNBC's JeeYeon Park (Follow JeeYeon on Twitter: Google may help predict the next recession: C.D. Howe

Could Google have helped policymakers predict the Great Recession? Apparently so, according to ... READ MORE

Ainsworth Lumber to be acquired by Louisiana-Pacific for $1.1 billion

Canadian travellers will now be able to use automated customs clearance technology when ... READ MORE

Business groups to put spotlight on transit funding this fall

This fall, Vancouver’s business community is hoping to bend the ear of Transportation Minister Todd Stone on ... READ MORE

Spot Prices as of close of trading in New York
Thursday, September 05, 2013