“Everybody was so focused on political dysfunction with the coming debt-ceiling debate, and this latest international crisis has shown a very unusual bipartisanship coming out of Washington,” said Ron Florence, Wells Fargo’s deputy chief investment officer for investment strategy.
After an early 35-point retreat, the Dow Jones Industrial Average DJIA +0.65% rose as much as 123 points and finished up 96.91 points, or 0.7%, at 14,930.87.

“The short-term volatility is all around how the world is going to respond to a humanitarian crisis,” Florence added.

The Federal Reserve released its Beige Book survey of economic conditions, which found the U.S. economy grew at a modest to moderate pace in July and August and offered few new clues as to the timing and scale of the anticipated cutback in the Fed’s $85 billion in monthly bond purchases.
The central bank’s report confirmed it is “moving down the road of being able to pull their foot off the accelerator in the fourth quarter,” said Florence.

“I wish they would start it sooner, rather than later. People will realize that going from $85 billion to $65 billion, or whatever number they pick, is not going to be a catastrophic event,” said Florence.
Intel Corp. INTC -0.11% set the pace as 26 of the Dow’s 30 components rose. Leading blue-chip losses, Microsoft Corp. MSFT -0.08% fell 2.2% after Morgan Stanley cut its rating on the software maker following its deal to acquire Nokia Corp.’s NOK +4.10% devices business.

Benchmark indexes traveled to session highs as U.S. Secretary of State John Kerry and Secretary of Defense Chuck Hagel spoke at a House hearing on the White House request for congressional approval of a limited strike against the Syrian regime.

The Senate Foreign Relations Committee in the afternoon approved a resolution supporting the use of U.S. military force in Syria.

Shares of E-Trade Financial Corp. ETFC +8.05% rallied 8.1% after the company said regulators had approved its request to use capital from its bank subsidiary for wider corporate purposes.

Bolstering technology shares, Apple Inc. AAPL +0.25% rose $10.11, or 2.1%, to $498.69 after Cantor Fitzgerald LP started coverage of its shares with a buy rating and a 12-month target of $777. Apple has scheduled a Sept. 10 event to display its new iPhone models and further stoked investor optimism by announcing a second event in Beijing a day later.

Shares of LinkedIn Corp. LNKD -2.06% fell 2.9% after the professional-networking site said in a securities filing it would sell 4.17 million shares of its Class A stock, estimating it would reap $1 billion.

The Nasdaq NDAQ +0.56% experienced another glitch with its main data feed, which halted trading for roughly three hours almost two weeks ago. The exchange said the outage affected its ability to transmit quotes in stock symbols “PC” through “SPZ.” The trouble has been resolved, and trading was not impacted, Nasdaq said.

Advancers pulled ahead of decliners by a more than 2-to-1 ratio on the New York Stock Exchange, where 728 million shares traded. Composite volume surpassed 3.2 billion.

Ford shares F +0.47% rallied 3.5% after the vehicle manufacturer reported a spike in sales last month from a year earlier and hiked its production plan for the fourth quarter.
“Equity investors appear to be reacting to a positive outlook reflected by Ford’s decision to boost output — itself a sign that a Fed tapering would arrive as the economy is strengthening, not weakening,” wrote Andrew Wilkinson, chief economic strategist at Miller Tabak & Co., referring to the consensus expectation that the Federal Reserve would begin scaling back its monetary stimulus later this month.

“People are catching up to the news that has been coming out around manufacturing here, and better consumption in the global marketplace that is supporting our economy, and Europe has turned,” said Florence.

In a televised news conference with Sweden’s prime minister, President Barack Obama continued to make his case for a military response to the alleged use of chemical weapons against civilians in Syria last month.

“We believe very strongly, with high confidence, that chemical weapons were used; we want to join with the international community for an effective response,” Obama said. “Even Syria doesn’t deny they were used; the only remaining dispute is who used them.” Obama was in Stockholm, en route to a Group of 20 meeting in St. Petersburg, Russia, while his top national-security aides briefed lawmakers in public and private hearings on Capitol Hill. 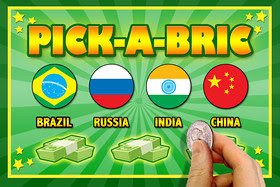 Terrence Horan/MarketWatch
• Don'ts for the emerging markets
• 3 big reasons to invest in India
• Think you know the BRICs?
• Trading Strategies: September — see full report
The president also said the world should not find excuses not to act and that he believes a strong message can be sent to the Syrian regime.

Ahead of Wednesday’s Beige Book release, San Francisco Fed President John Williams had said the central bank should start curtailing stimulus later this year and stop it altogether by the middle of next year, so long as the labor market continues to improve and inflation rises toward 2%.

On Friday, the government releases U.S. payrolls data for August, with the monthly report coming a day after Automatic Data Processing Inc. releases hiring data for last month. The labor market is a concern of the Fed and would likely factor into any decisions made at the Federal Open Market Committee gathering later this month.

Stocks closed higher for a second session Wednesday, with the Dow logging its biggest gain in over a month, following the Fed's upbeat Beige Book report and as the White House pressed its case for military action in Syria.

The Dow Jones Industrial Average rallied 96.91 points to finish at 14,930.87, propelled by Intel and
Coca-Cola, while Microsoft led the laggards.
The SandP 500 climbed 13.31 points to end at 1,653.08. And the Nasdaq jumped 36.43 points, or 1.01 percent, to close at 3,649.04.
Earlier, the Nasdaq briefly suffered another problem with its main data feed that was at the center of the outage that brought trading in Nasdaq securities to a halt for about three hours nearly two weeks ago. A Securities and Exchange Commission spokesman said the agency is in contact with the Nasdaq and is monitoring developments related to the data feed problem.
The CBOE Volatility Index (VIX), widely considered the best gauge of fear in the market, declined near 16.
Most key SandP sectors were in positive territory, led by techs and financials. Utilities held modest losses.
(Read more: Cramer: This sector in an 'amazing renaissance')

90 Seconds with Art Cashin: 'Bulls have to regroup'
CNBC's Mary Thompson and Art Cashin, of UBS, discuss whether traders are concerned about Syria. "I think traders are past Syria, and wondering whether they can live with the tapering," says Cashin.
The U.S. economy expanded at a "modest to moderate" pace in most of the country between early July and late August, according to a Federal Reserve's Beige Book, its region-by-region assessment of the economy, suggesting that the economy is reaching the point where the central bank could pull back on its asset-purchase program. San Francisco Fed President John Williams said the central bank should start to trim its bond-buying program later this year and end it mid-2014, as long as the job market continues to heal and inflation heads back up toward 2 percent. Meanwhile, President Obama urged lawmakers to approve his plan for a military strike on Syria during a news conference in Stockholm, adding the "international community's credibility is on the line." Obama's remarks came a day before the G-20 summit in St. Petersburg, hosted by Vladimir Putin. Obama said he held out hope that the Russian president would back away from his support for Assad. U.S. Senate foreign relations panel passed authorization for use of military force in Syria. The vote by the panel clears the way for a vote on the resolution in the full Senate, likely next week. On Tuesday, Obama clinched the backing of key Congress members including House Speaker John Boehner.  (Read more: Why oil prices may remain strong, war or no war)   On the economic front, the U.S. trade deficit increased 13.3 percent to $39.1 billion in July, according to the Commerce Department. Economists polled by Reuters had expected the trade deficit to rise to $38.7 billion. Weekly mortgage applications climbed for the first time in four weeks as rates declined from their highest level this year, although demand for purchase loans dipped, according to the Mortgage Bankers Association.

The Labor Department is expected to release its widely-watched employment report on Friday, ahead of the Fed's September policy-setting meeting. Economists polled by Reuters expect non-farm payrolls to have increased by 180,000 jobs last month, up from a gain of 162,000 the month prior. "The non-farm payrolls report for August released on Friday will likely prove far more crucial (than Wednesday's data), given the importance of labor market conditions and as such will likely generate a much greater reaction in financial markets," wrote Bank of Tokyo-Mitsubishi's Lee Hardman. Ford Motor advanced after the automaker posted sales that climbed 12 percent from a year ago, logging its best month since August 2006. General Motors also rose after the company posted sales that jumped almost 15 percent. And rival Toyota posted August sales that surged nearly 23 percent. Apple climbed near the $500 a day after the tech giant sent official invitations to a Sept. 10 event at which it is expected to unveil the latest version of the iPhone. Cantor Fitzgerald initiated coverage of the company with a "buy" rating and a price target of $777. And Wells Fargo raised its valuation range on the iPhone maker to $525-$575 from $485-$525. Qualcomm edged higher after the tech company introduced its "Toq" smartwatch, a wrist-worn device that can play music and handle phone calls and messages. Earlier, Samsung Electronics unveiled its much-anticipated "Galaxy Gear" smartwatch in Berlin. The company also introduced its new Galaxy Note 3 smartphone and the 2014 edition of its tablet the Galaxy Note 10.1. Chipmakers Micron and SanDisk both rallied following reports of a fire at flash memory-maker SK Hynix's factory in Wuxi, China. Among earnings, Dollar General climbed after the value retailer posted quarterly results that topped Wall Street expectations, thanks to strong demand for its perishables, snacks and recently-added tobacco products. H&R Block slumped after the tax preparer posted a wider-than-expected quarterly loss. At least two brokerages slashed their price targets on the company. E-Trade soared to lead the S&P 500 gainers after the brokerage said its banking unit received regulatory approval to make a $100 million dividend payment to the parent company in September. In other news, the Bank of Japan kicked off a two-day monetary policy meeting on Wednesday. While no new policy action is expected, the Asahi newspaper reported that the central bank may consider further easing if Prime Minister Shinzo Abe decides to hike sales taxes.
—By CNBC's JeeYeon Park (Follow JeeYeon on Twitter: The benchmark price for all residential properties in Greater Vancouver was ... READ MORE

The overnight rate target will once again remain at 1%, the Bank of Canada ... READ MORE

Spot Prices as of close of trading in New York
Wednesday, September 04, 2013