Dennis Gartman insists that there are no conspiracies in gold: GATA | THE GATA DISPATCH JULY 24, 2013.

Today's "Talking Numbers" program by CNBC and Yahoo Finance concocted a silly pillow fight between two talking heads, commodity letter writer Dennis Gartman and UBS and CNBC analyst Art Cashin, over "gold conspiracy theories," Cashin having remarked this week, if a bit incoherently, that something seems to be wrong in the gold market.

Gartman disagreed today, insisting that there are no conspiracies in gold. So apparently Gartman would have investors believe, just for starters:

1) The Federal Reserve has no secret gold swap arrangements with foreign banks, since such undertakings among two or more entities would define conspiracy, and Fed Governor Kevin M. Warsh was lying when he admitted such secret arrangements:

2) The Bank for International Settlements is not constantly and secretly trading gold, gold futures, gold options, and other gold-related derivatives on behalf of its members, which are exclusively central banks -- again, action undertaken secretly in concert by two or more entities, or conspiracy -- and that admissions of such trading, including the BIS' own annual reports and Power Point presentations, are lies or forgeries:

3) The Washington Agreement on Gold did not unify the gold market policies of 15 European central banks, was not negotiated in secret by them before it was announced on September 26, 1999, and never really happened at all:

4) There is no G-10 Gold and Foreign Exchange Committee, it does not consist of central bank and treasury officials from G-10 member countries, it does not meet secretly to discuss the gold policies of its members, and the document released by the Federal Reserve to GATA in February 2011 at the order of the U.S. District Court for the District of Columbia, purporting to be the minutes of the committee's secret meeting in April 1997, is a forgery concocted by the Fed to deceive the court:

5) William R. White, head of the monetary and economic department of the Bank for International Settlements, was lying when he told a BIS conference in Basel, Switzerland, in June 2005 that a primary purpose of central bank cooperation is "the provision of international credits and joint efforts [emphasis added] to influence asset prices (especially gold [emphasis added again] and foreign exchange) in circumstances where this might be thought useful":

On today's "Talking Numbers" program Gartman says again that the world would be better off if "gold bugs" spent more time trying to cure cancer and less trying to prove conspiracies related to the gold market. But surreptitious market rigging is a sort of cancer in itself, insofar as it facilitates the exploitation of countries that don't issue the world reserve currency and destroys free markets everywhere, including the markets of the country issuing the reserve currency, markets Gartman's letter purports to analyze even when, manipulated, they become mere holograms.

GATA is not a "conspiracy theory" organization or advocate. GATA documents the age-old if overlooked conspiracy of central banks against gold particularly and against free markets generally. This is actually fairly easy work, as the documentation is all over the place and central banks are sitting ducks for specific questions about their gold policy; they can seldom answer without incriminating themselves:

The central banks' only effective defense in regard to gold is the refusal of the mainstream financial news media and financial letter writers like Gartman to dare to commit actual journalism.
The hard part of GATA's work is that while you can lead a financial journalist to the documentation, such as the documentation above and the additional documentation in GATA's archive here --

-- you can't make him grow a backbone, which seems to be the only thing established by that "Talking Numbers" program with Gartman today. Thankfully it's less than six minutes long and can be found at Yahoo Finance here:

Email ThisBlogThis!Share to TwitterShare to FacebookShare to Pinterest
Labels: Dennis Gartman insists that there are no conspiracies in gold.

The Prime Interest July 24, 2013.: Lew Rockwell on the Next Financial Crisis and Detroit's Dysfunction

Email ThisBlogThis!Share to TwitterShare to FacebookShare to Pinterest
Labels: 2013., The Prime Interest July 24

Email ThisBlogThis!Share to TwitterShare to FacebookShare to Pinterest
Labels: 2013., GATA I THE GATA DISPATCH JULY 24

President Obama on Wednesday said it was his "highest priority" to reverse trends that had left typical Americans with stagnating incomes while allowing the rich to grow richer still.

The Senate Republican leader will not only defend but also highlight his record to appeal to female voters in 2014, his team says.

U.S. Halts Delivery of F-16 Fighters to Egypt, in Sign of Disapproval

By MARK LANDLER and THOM SHANKER

Aides say President Obama wanted to send the military-led government a signal of displeasure with the chaotic situation since Mohamed Morsi's ouster.

As President Obama prepares to lay out his economic plans, Republicans are proposing the biggest cuts since 1995, delivering blow after blow to programs he will promote as vital.

By JAMES RISEN and CHARLIE SAVAGE

Gen. Keith B. Alexander, the National Security Agency director, met with Democrats and Republicans to lobby against a bill that would end the financing for the agency's phone data collection program.
ADVERTISEMENT

Anthony D. Weiner's latest reaction to scandal comes after two years spent apologizing for explicit statements online and maintaining he has changed for the better.

Graphic: Americans on the Economy

In a poll conducted in early June, nearly 4 in 10 people said the condition of the nation's economy was fairly or very good - the most since President Obama took office.

The Times's Carl Hulse discusses the filibuster and other methods lawmakers in the minority have used to keep bills and nominees from moving through the legislative process.
ADVERTISEMENT 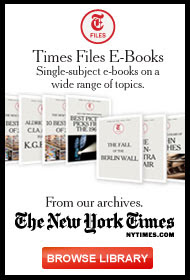 FTC Commissioner Maureen Ohlhausen joined Twitter this week! She was sworn in as a Commissioner of the Federal Trade Commission on April 4, 2012, to a term that expires in September 2018. You can read more about her in her official biography and follow her on Twitter: @MOhlhausenFTC.

On Thursday, Commissioner Ohlhausen will provide remarks about the FTC’s Section 5 authority at the Chamber of Commerce. She will also tweet highlights of her remarks.

Commissioner Ohlhausen joins @FTC on Twitter along with @JulieBrillFTC and @Josh_WrightFTC. The FTC also tweets in Spanish: @LaFTC. More news from the FTC >>
at July 24, 2013 No comments:

The Conscience of a Liberal Been There, Done That: Monetary and Fiscal Policy Edition by Paul Krugman: NYT I Opinion Today July 24, 2013.

Many experts, from architects to automobile executives, predict the ascendancy of the autonomous vehicle within three generations. Is that a good thing?

The French Canadian immigration experience shows that our obsession with border security is inconsistent with our history, undermines our economic vitality and is likely to fail.

When each city focuses on one industry, does that make the nation more productive, or hurt workers who can't afford to relocate?

In Bangladesh, More Shelter From the Storms

The cyclones that hit the world's most densely populated country can't be stopped. But the warning system now in place is saving lives.

The Limits on Nationalism in Japan

A cautionary tale for an activist prime minister still basking in victory.

Back to Jail in Burma

I'm returning to the prison in Myanmar where I was detained as a political prisoner 15 years ago.
ADVERTISEMENT

Mr. Weiner and the Elusive Truth

Anthony Weiner's sexting scandal hasn't gone away. He should take himself out of the mayoral race.

The cuts that are part of the mandatory sequestration are bringing misery to the reservations, but Congress offers no response.

The federal government should not be making money off the backs of student borrowers.

A Turkish newspaper fired its ombudsman after he published a critical article in The New York Times.

Been There, Done That: Monetary and Fiscal Policy Edition

What we should have known since 1998.

Republicans and the Rich

A Reporting Toolkit from Win-A-Trip

Erin Luhmann, who has returned from her win-a-trip journey with Nick Kristof, writes up a list of international reporting hacks that she learned in the field.

A day in the life of armed America.
ADVERTISEMENT