By Polya Lesova and Victor Reklaitis, MarketWatch
NEW YORK (MarketWatch) — U.S. stocks eked out modest gains on Friday, but posted losses for the week, which was dominated by fears that the Federal Reserve may begin pulling back stimulus later this year.
After a very choppy trading session, the S&P 500 index SPX +0.27% gained 4.24 points, or 0.3%, to end at 1,592.43. It fell 2.1% for the week.
Eight of the S&P 500’s 10 major sectors ended higher, with consumer staples leading gainers and information technology leading decliners.
The Dow Jones Industrial Average DJIA +0.28% rose 41.08 points, or 0.3%, to 14,799.40, leaving it down 1.8% for the week. This was the Dow’s worst week since the one ended on April 19.
Hewlett-Packard Co. HPQ -2.31%  was the top decliner, while Procter & Gamble Co. PG +2.90%  was the top gainer in the Dow on Friday.
Bullard weighs in on Fed decision

The Nasdaq Composite COMP -0.22%  fell 7.39 points, or 0.2%, to end at 3,357.25, leaving it with a weekly loss of 1.9%. The tech-heavy index was hurt by a 9.3% drop in shares of Oracle Corp. ORCL -0.02% . The tech bellwether delivered a disappointing quarterly earnings report late Thursday.
More than 2 billion shares traded on the New York Stock Exchange. Composite volume topped 5.6 billion.
Friday was a quadruple-witching session, meaning expirations for index futures, options on index futures, single-stock futures and stock options. Such sessions can be the most heavily traded days of the year.
Friday’s gains came after The Wall Street Journal suggested that investors may be misreading the Federal Reserve’s message. Jon Hilsenrath, the Journal’s Fed watcher, wrote a blog saying that markets may be overlooking several dovish signals sent by Fed Chairman Ben Bernanke.
U.S. stocks, along with commodities and bonds, fell sharply in the previous two sessions after Bernanke said in a news conference Wednesday that the central bank may scale back its bond buying later this year. While the Fed may do so, Hilsenrath wrote, it will be a long time before the Fed raises short-term interest rates.
The Dow’s slide on Wednesday and Thursday — a drop of 560 points or 3.66% — was its worst two-day drop since the two sessions ended Nov. 1, 2011. 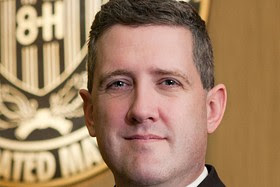 James Bullard
Investors also absorbed remarks from St. Louis Federal Reserve President James Bullard, who explained on Friday why he voted against the Fed decision. Bullard said the Fed’s decision to lay out its plans to taper bond buys was badly timed. The Fed should have waited “for more tangible signs” of economic improvement and a halt in the downward direction for inflation, according to Bullard.
The rise in the 10-year Treasury yield 10_YEAR +0.16%  — which surged to 2.53% on Friday, its highest level since August 2011 — is providing a headwind for stocks, according to Bruce Bittles, chief investment strategist at Robert W. Baird & Co. He said 2.5% is a key level. “If it breaks through there, I think the market will really have some problems,” he said.
Meanwhile, Goldman Sachs analysts said Friday in a note that their top recommendation for 2013 is still to buy stocks and sell bonds.
“We continue to expect the index will close the year at 1,750, a rise of approximately 10% from today’s level,” the analysts wrote, referring to the S&P 500 index. “However, median historical drawdown episodes suggest at some point during the next six months that the S&P 500 may decline to the mid-1,500s before rebounding to our year-end target.”
Jonathan Krinsky, chief technical strategist at Miller Tabak, also sees potential support for the S&P 500 in the mid-1,500s. “We have just broken the psychological 1,600 level after two prior tests, which now creates short-term resistance in the 1,598 to 1,608 range,” Krinsky wrote in a note.
“There should be downside support in the 1,550-1,575 area, which marked major resistance over the last decade.”
Shares of Facebook Inc. FB +2.64%  rose 2.6% after UBS analysts upgraded the social-network company to a buy rating, citing new monetization efforts and higher advertising revenue.
In Asia on Friday, stocks in Shanghai and Hong Kong ended lower, but Japanese stocks advanced. European stocks dropped, with the Stoxx Europe 600 index XX:SXXP -1.16%  falling 1.2% to 280.40, its lowest closing level of the year. For the week, the index declined 3.7%.
Gold for August delivery GCQ3 +0.89% rose $5.80 on Friday to close at $1,292 an ounce on the New York Mercantile Exchange, but posted a weekly loss of $95.60 an ounce.
Crude oil for August delivery CLQ3 -1.25%  fell $1.45 to end at $93.69 a barrel on Nymex, leaving it with a weekly loss of $4.38 for the week.
On Thursday, the Dow dived 354 points, or 2.3%, representing its largest one-day percentage decline since Nov. 7, the day after the U.S. election, and its largest one-day points drop since Nov. 9, 2.4011. Gold and oil prices also tumbled, while the dollar and the 10-year Treasury yield jumped.
Polya Lesova is MarketWatch's New York deputy bureau chief. Follow her on Twitter @PolyaLesova. Victor Reklaitis is a New York-based markets writer for MarketWatch. Follow him on Twitter @VicRek.
at June 21, 2013 No comments:

Stocks finished mixed in volatile trading Friday, with major averages putting an end to two days of heavy losses triggered by Fed Chairman Ben Bernanke's comments that the central bank may scale back its asset purchases later this year.

"The Fed and policies in other countries should continue to drive market volatility in the near term," according to strategists at Wells Fargo Advisors. "Economic conditions are improving and the outlook for the U.S. economy remains favorable…We continue to view pullbacks in equities as buying opportunities to accumulate stocks in cyclical sectors as valuations remain below the longer-term average."

(Read More: Bulls and Bears Face Off on Market's Next Move)
The Dow Jones Industrial Average finished higher, led by P&G and Coca-Cola, after plummeting more than 350 points in the previous session.

The S&P 500 also finished in positive territory, while the Nasdaq ended in negative territory. The CBOE Volatility Index (VIX), widely considered the best gauge of fear in the market, declined below 19.

Most key S&P sectors closed higher, led by consumer staples and utilities, the hardest-hit sectors in the last two days.


Major averages have been on a rollercoaster ride all week, amid anxiety over the Fed meeting. Stocks took a sharp nosedive Thursday, with the Dow and the S&P 500 posting their worst losses of 2013.


"There appears to be relative calm following a calamitous period since the Fed threatened to take away the steroids. In the grand scheme of things, stocks still look relatively cheap when compared to cash and government bonds, so investors will be on a bargain hunt following yesterday's battering," said Mike McCudden, head of derivatives at stockbroker Interactive Investor.

"All the concern in the markets is because the Fed sees the economy stronger in the future," said widely-followed hedge fund manager David Tepper, founder of Appaloosa Management in a statement to CNBC. "In fact, their forecast shows that they will wait until a lower unemployment rate(closer to 6 percent than 6.5 than) to raise interest rates. So they are a bit easier on that front...I obviously thought they should start to taper. [But] the bottom line when the dust settles [is that the] only one place to be [is] STOCKS."


St. Louis Federal Reserve President James Bullard said the decision by the central bank to lay out its plans to taper its bond-buying program was badly timed and that the Fed should have waited for "more tangible signs" of economic improvement and a halt in the downward direction for inflation.
Asian shares stabilized Friday, led by a stellar rebound in Japan's benchmark Nikkei index, which crossed the 13,000 level to rally as much as 2 percent, notching up gains of over 4 percent on the week. Meanwhile, Europe shares closed at their lowest level since January.

Gogo tumbled in its trading debut on the Nasdaq after the inflight Wi-Fi provider priced its 11 million shares at $17 a share.

Oracle slumped to lead the S&P 500 laggards after the technology giant missed forecasts for software sales and subscriptions for the second straight quarter. Additionally, at least five brokerages lowered their price targets on the company.


Facebook gained after UBS raised its rating on the social-networking giant to "buy" from "neutral."

Plus, Sprint Nextel raised its buyout offer for Clearwire to $5 per share late on Thursday, and announced support from a key group of dissident shareholders, trumping rival suitor Dish Network.
—By CNBC's JeeYeon Park (Follow JeeYeon on Twitter:

Email ThisBlogThis!Share to TwitterShare to FacebookShare to Pinterest
Labels: 2013., CMI I Spot Prices as of Close of Trading in New York; June 21

Vancouver's White Spot Restaurants is forging ahead with its Asian growth plans by opening a franchised Triple O’s-branded eatery in ... READ MORE

Avanti Mining Inc. has struck an agreement with ThyssenKrupp Metallurgical Products GMBH, a German industrial trading company, which has agreed to ... READ MORE

The union representing Canadian flight attendants is crying foul over CanJet’s decision to permanently close its Vancouver operations, resulting in the loss of 32 ... READ MORE

New Filing Requirements for FCMs that Act as a Counterparty to a Forex Transaction with an ECP: NFA I Press Release; June 21, 2013

As we previously notified Members in Notice I-13-10, NFA has amended NFA Financial Requirements Section 1(a) to set forth an additional alternative minimum adjusted net capital requirement that applies to an FCM that acts as counterparty to a forex transaction with an eligible contract participant (ECP). The amendment, which is effective June 30, 2013, includes a provision that requires an FCM that acts as a counterparty to a forex transaction with an ECP to maintain adjusted net capital of at least $20,000,000. The $20,000,000 requirement is the absolute minimum requirement for those FCMs as they remain subject to the other applicable alternative calculations set forth in Financial Requirements Section 1(a), which may result in a higher adjusted net capital requirement.

Questions concerning these changes should be directed to Sarah A. Walsh, Senior Manager, Compliance (sawalsh@nfa.futures.org or 312-781-1202).
at June 21, 2013 No comments: