GATA Chairman Bill Murphy's special weekend "Midas" commentary about the gold and silver markets, taken from his proprietary Internet site, LeMetropoleCafe.com, has been posted in the clear at GoldSeek here --

-- and at Turd Ferguson's Internet site, TFMetalsReport.com, since it draws heavily on Ferguson's own recent analysis:

Email ThisBlogThis!Share to TwitterShare to FacebookShare to Pinterest
Labels: 2013., GATA I THE GATA DISPATCH; June 2

Taiwan manufacturing swings to contraction LOS ANGELES (MarketWatch) -- Taiwan's manufacting activity swung to a solid contraction in May, according to data out Monday from HSBC and Markit. The HSBC Taiwan manufacturing Purchasing Managers' Index dropped to 47.1 from April's 50.7, falling below the 50 mark which divides expansion from contraction. The drop was the first since November, with the sub-index for new orders showing the first decrease in five months and new export orders falling for the first time in six months. HSBC economist Donna Kwok said: "Taiwan manufacturers' descent into contraction mirrors what took place last summer, although client demand is deteriorating at a faster pace this time, both at home and abroad." Taiwan's benchmark Taiex stock index was down 0.8% after the data.

Fed's Yellen open to doing more on too-big-to-fail WASHINGTON (MarketWatch) - There could be scope for more action from Washington address the too-big-to-fail problem, said Federal Reserve Vice Chairman Janet Yellen on Sunday. "I am not convinced that the existing systemically important financial institution regulatory work plan, which moves in the right direction, goes far enough," Yellen said in remarks at an international central bank conference in Shanghai. Yellen, considered a leading candidate to replace Fed Chief Ben Bernanke if he leaves at the end of his term next January, said she did not support "blunt approaches" like imposing bank size limits or the resurrection of Glass-Steagall-style separation of commercial banking from investment banking. Instead, she backed suggestions from other Fed officials, including Fed governor Daniel Tarullo, that steeper capital surcharges could be placed on firms that pose the greatest risk to financial stability. Yellen also called on policymakers around the world to find solutions to the "thorny" cross-border obstacles that have slowed plans to handle the failure of a globally systemic financial firm.


Hong Kong gains in choppy trade before China data HONG KONG (MarketWatch) -- Hong Kong stocks edged higher Monday in choppy trade as investors awaited the final result of HSBC's manufacturing survey for China. The Hang Seng Index rose 0.4% to 22,469.39 and the Hang Seng China Enterprises Index added 0.5% to 10,657.09, after both opened lower. The gains tracked a modest 0.2% advance for the Shanghai Composite , after an official Purchasing Managers' Index gauge released over the weekend showed a better-than-expected reading of 50.8 in May, up from 50.6 in April. The gains came minutes ahead of the release of HSBC's PMI data, after a preliminary reading of the survey showed the PMI dropping to a seven-month low of 49.6 in May, compared with 50.4 in April. A reading below 50 shows a contraction in manufacturing activity. Among notable stock movers in Hong Kong, China Overseas Land & Investment Ltd. and China Resources Land Ltd. climbed 0.7% and 0.4%, respectively. Energy producer Cnooc Ltd. rose 1.6%, shrugging off a steep drop in crude-oil prices.
Posted by Fernando Guzmán Cavero at June 02, 2013 No comments:

Email ThisBlogThis!Share to TwitterShare to FacebookShare to Pinterest
Labels: 2013., Asian markets news at the time; by MarketWatch, June 02

The Geezers Are All Right

This week's market commentary videos and intraday myths exposed by Nick McDonald: Trade With Precision I The Week Ahead, June 02, 2013:

Nick McDonald provides an outlook for the week ahead on currency and equity markets.

Email ThisBlogThis!Share to TwitterShare to FacebookShare to Pinterest
Labels: 2013., June 02, Trade With Precision I The Week Ahead

CNBC International Top News and Analysis at the time for June 02, 2013. 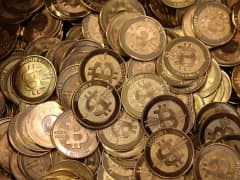 After the bust of Liberty Reserve, the largest bitcoin exchange said it would require all accounts to be verified. Must the digital currency sacrifice its soul to survive?
» Read More

Email ThisBlogThis!Share to TwitterShare to FacebookShare to Pinterest
Labels: 2013., CNBC International Top News and Analysis at the time for June 02