Australia stocks advance; ANZ plans share buyback LOS ANGELES (MarketWatch) - Australian stocks rose Wednesday, keying off a rally on Wall Street overnight following data suggesting recovery in the U.S. economy remains on track. The S&P/ASX 200 rose 0.2%, looking for its second straight win this week. Banking stocks were mixed, with shares of Australia & New Zealand Banking Group up 0.3% after the company said it plans a share buyback of 425 million Australian dollars ($406.19 million). ANZ said it's "comfortable" with its current capital position, and that the buyback plan will offset the dilutive impact of a recent issue of new stock. Mining shares were mostly higher, though shares of gold producer Newcrest Mining Ltd. gave up 1.8%. In the media space, shares of News Corp. jumped 3% after Chairman Rupert Murdoch told investors that the print media company to be spun out the conglomerate next month might consider newspaper acquisitions in the U.S. "if the price were right," but that regulatory hurdles made such deals "pretty unlikely." News Corp. is the parent company of MarketWatch.com, publisher of this report. 8:35 p.m. Today

Email ThisBlogThis!Share to TwitterShare to FacebookShare to Pinterest
Labels: 2013., MarketWatch I Asian markets at time - latest news; May 28

White Collar Watch: SAC Could Give the Justice Dept. a High-Value Target Peter J. Henning says that portraying SAC Capital Advisors as a den of thieves could send a message about how the Justice Department is policing Wall Street.
at May 28, 2013 No comments:

Email ThisBlogThis!Share to TwitterShare to FacebookShare to Pinterest
Labels: 2013., DealBook P.M. Edition; May 28

Wall Street at Close Report by MarketWatch: U.S. stocks rise; optimism ‘as high as a kite’

By Kate Gibson, MarketWatch
NEW YORK (MarketWatch) — U.S. stocks climbed on Tuesday, bouncing back from last week’s losses after data showed consumer confidence rising in May and the real-estate market picking up speed.

The Conference Board reported confidence rose to a five-year high in May, with consumers more upbeat about the economy over the next six months.

“Economic optimism is as high as a kite,” emailed Kevin Giddis, a fixed-income analyst at Raymond James, noting the better-than-expected housing numbers and the rise in consumer sentiment.

The advance had the Dow Jones Industrial Average extending its Tuesday winning streak to a 20th session, the longest Tuesday winning streak ever, according to Ryan Detrick, senior technical strategist at Schaeffer’s Investment
The S&P 500 index SPX +0.63% added 10.46 points to 1,660.06, with financials pacing sector gains and telecommunications the leading laggard. 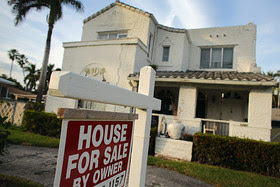 In deal news, Fidelity National Financial Inc. FNF -0.57% has agreed to acquire Lender Processing Services Inc. LPS +1.82%  for around $2.9 billion. Under the terms of the deal, Lender Processing, a technology company that services the mortgage and real-estate industries, can seek further offers until July 7.

U.S. equities have advanced, with the S&P 500 up 147% since March 2009, in a bull market fed by three rounds of bond buys by the Federal Reserve and as corporate earnings exceeded expectations.
But not all strategists are voicing optimism about the rally, saying investors chasing performance could be driving stocks to unsustainable levels.

In Tokyo, the yen pulled back over concerns about rising Japanese government bond yields. That allowed Japanese stocks to overcome a volatile session and close higher, with the Nikkei 225 index JP:NIK +1.20% gaining 1.2%. Other Asian markets also closed higher.

U.S. stocks fell for the first week in five last week on fears that the Fed would begin to pare back its bond-buying program.

“The Fed continues to speak to the market, but only in ways that would suggest that they are truly divided as a board. While the Fed chairman suggested that the current buying program could be reduced, he stopped short of offering the metrics that would lead them to do just that,” wrote Giddis.
“The broader metrics are known: a 6.5% unemployment rate and the inflation rate above 2.5%. Neither of which are present today,” he added.

Kate Gibson is a reporter for MarketWatch, based in New York.
at May 28, 2013 No comments:

Stocks shaved their gains but still ended in positive territory across the board Tuesday following a long holiday weekend, buoyed by supportive comments from central banks around the world and a pair of upbeat economic data.

The blue-chip index finished higher for the 20th-straight Tuesday. The last time the index even got this far was in 1927 when the Dow closed up 15 consecutive Tuesdays between June 1927 and September 1927.


The Dow Jones Industrial Average shaved its gains but still logged a triple-digit gain, led by Cisco and United Health. The Dow was up 218 points at session high.

The S&P 500 and the Nasdaq also ended higher. Both indexes closed higher for the 10th-consecutive Tuesday. The CBOE Volatility Index (VIX), widely considered the best gauge of fear in the market, traded below 14.

Most key S&P sectors were in positive territory, led by banks and materials, while utilities declined.
Last week, all three major averages logged weekly losses for the first time in five weeks, rattled by worries the Federal Reserve may soon start to pare back its bond buying.

3 Stocks Priced Beyond Perfection
CNBC's Seema Mody reports Tiffany's earnings topped estimates. And, a look at three stocks that have run too far too fast, with CNBC's Herb Greenberg.
"The great fear here is that if people truly become convinced that the Fed is going to change course, then everyone's going to race to get out of the bond market and do something different," said Cashin. "And what point do yields go high enough to begin to be counter-productive?" Single-family home prices rose 1.1 percent in March, according to the S&P/Case Shiller composite index of 20 metropolitan areas, logging their best annual gain in nearly seven years. Economists expected a reading of 1 percent. Prices in the 20 cities jumped 10.9 percent year over year, beating expectations for 10.2 percent and the biggest increase since April 2006. Most homebuilders traded higher, led by Beazer and DR Horton. The U.S. Home Construction ETF is up nearly 20 percent this year. Housing-related stocks have nearly quadrupled since their March 2009 low, but they're still about 30 percent below the July 2005 peak. (Read More: Home Builders Ride Recovery Wave) Also on the economic front, consumer confidence strengthened in May to the highest level since February 2008, according to the Conference Board. The index jumped to 76.2 from an upwardly revised 69 in April, beating expectations for 71. (Read More: A Too-Strong US Economy? Why Everyone's Watching) Meanwhile, both the Bank of Japan and the European Central Bank reaffirmed that their policies would remain in place. On Monday, ECB Executive Board member Joerg Asmussen said the policy would stay as long as necessary. On Tuesday, BOJ board member Ryuzo Miyao said it was vital to keep long- and short-term interest rates stable. "I think it's a sigh of relief coming out of Tokyo," said Cashin of the session's rally. "[Japan's] had some wild action over the last few sessions and people were beginning to worry that perhaps there was kickback to what Mr. Abe and his team were trying to get done. The yields there were rising very sharply so people were worried that things were coming apart but instead, things have calmed down and that made Europe feel better."
Where's the Value In the Market? As stocks continue to climb, the "Fast Money" traders reveal where they're looking now.
Tiffany shot higher after the upscale jeweler posted better-than-expected quarterly results. Last year, Tiffany's results were hurt by signs of a slowdown in China and disappointing sales of its silver jewelry. Merck gained after Jefferies upgraded the pharmaceuticals giant to "buy" from "hold" and called the company among the best restructuring plays in the drug group. Valeant Pharmaceuticals zipped higher after the Canadian drugmaker agreed to acquire privately-held Bausch & Lomb in a deal worth $8.7 billion. Tesla extended its rally after the electric car maker's stock-and-note offering last week that raised nearly $1 billion and following recent positive comments from Goldman Sachs. Meanwhile, General Motors and Ford advanced after Bank of America Merrill Lynch raised its targets for both automakers. Treasury bonds extended losses, boosting yields up to new highs for the year. The yield on benchmark 10-year Treasury notes surged to 2.122 percent, taking out the previous intraday high of 2.087 percent hit on March 8. The government sold $35 billion in 2-year notes at a high yield of 0.283 percent. The bid-to-cover, an indicator of demand, was 3.04. The Treasury will auction $35 billion in five-year notes on Wednesday and $29 billion in seven-year notes on Thursday.
—By CNBC's JeeYeon Park. Follow JeeYeon on Twitter: @JeeYeonParkCNBC Coming Up This Week: WEDNESDAY: MBA mortgage applicaitons, Bank of Canada announcement, 5-yr note auction, ExxonMobil shareholder mtg; Earnings from Chico's, Michael Kors THURSDAY: GDP, jobless claims, corporate profits, pending home sales index, natural gas inventories, oil inventories, 7-yr note auction, Fed balance sheet/money supply; Earnings from Costco, Joy Global, Lions Gate Ent. FRIDAY: Personal income & outlays, Chicago PMI, consumer sentiment, farm prices, OPEC mtg
at May 28, 2013 No comments:

Email ThisBlogThis!Share to TwitterShare to FacebookShare to Pinterest
Labels: 2013., Wall Street at Close Report by CNBC; May 28

Email ThisBlogThis!Share to TwitterShare to FacebookShare to Pinterest
Labels: 2013., CMI Gold and Silver: Spot Prices as of close of trading in New York; May 28

UBC and Cisco to partner on campus energy initiatives

The University of British Columbia and Cisco announced a partnership yesterday that will see the university and the IT giant undertake a number of ... READ MORE

Telecommunications giant Telus announced this morning that it is investing $1 billion in facilities and infrastructure in 2013 as part of a three-year ... READ MORE

Vancouver's Browns Restaurant Group is opening its 18th eatery, the company has announced. The latest restaurant is located in New Westminster and is called ... READ MORE

Canada’s energy security ranking has fallen from seventh place in 2009 to eighth, which puts the country behind the U.S., according to a Fraser Institute ... READ MORE

National Research Council’s refocus on business should not be at expense of scientific research, local science panel ... READ MORE
at May 28, 2013 No comments:

Charts in Play
How Far Can Utilities Drop?, Tom Aspray

Currency Corner
How to Find the Best Entries and Exits in Forex, Sam Seiden

The Daily Guru
The Myth of the 401(k), Andy Tanner
Jim Jubak on MoneyShow.com
No Great Expectations
TOP PROS' TOP PICKS
Big Income from a Turnaround Tale, Roger Conrad
2 Growth Winners to Buy, James Oberweis
GURUS' VIEWS & STRATEGIES
The Top 5 Warning Flags, James Stack
CHARTS IN PLAY
How Far Can Utilities Drop?, Tom Aspray
MoneyShow.com Exclusive Interviews
Move Upstream for Growth and Income, Elliott Gue
IDEAS FROM AROUND THE WORLD
A Canadian Cash Flow Winner, Ari Charney
Today's Featured Videos
Too Big to Bail: Why the Next Financial Crisis Will Be Worse Than the Last, Peter Schiff
Why Would Anybody Buy a Bond?, Marilyn Cohen
at May 28, 2013 No comments: