Off the Charts Measured by S.&P. Returns, Obama Is on a Short List: The New York Times: ALERT FGC BOLSA - FGC FINANCIAL MARKETS; May 24, 2013.

Measured by S.&P. Returns, Obama Is on a Short List

The Standard & Poor’s 500-stock index has more than doubled since Barack Obama took office, an accomplishment achieved by only four other presidents.
at May 24, 2013 No comments:

Email ThisBlogThis!Share to TwitterShare to FacebookShare to Pinterest
Labels: 2013, Gerald Celente - The Dan Cofall Show - May 20

Beijing Plans to Reduce the State's Role in the Economy: The New York Times Global Update; May 24, 2013.

Email ThisBlogThis!Share to TwitterShare to FacebookShare to Pinterest
Labels: 2013., The New York Times Global Update; May 24

Email ThisBlogThis!Share to TwitterShare to FacebookShare to Pinterest
Labels: 2013., The Economist Group - Management Thinking Digest; May 24

Banks’ lobbyists help in drafting bills on finance. | Brazil is luring the millisecond investor. | In a plus for electrics, Tesla repays a big federal loan early. | After a vote, Jamie Dimon moves to mend bank’s fences. | Andrew Ross Sorkin asks: didn’t Yahoo try a deal like this before?

Purpose is a uniquely powerful source of fuel – and satisfaction. That’s why we resonate so strongly with exhortations that speak to it, the author writes. 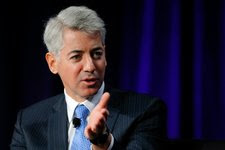 The departure of Robert McDonald as Procter & Gamble’s chief executive was yet another victory for the hedge fund manager William A. Ackman. But how is the activist investor doing in his other big bets? 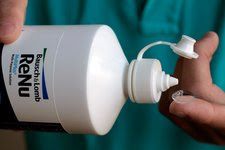 Bausch & Lomb Said to Be Near $9 Billion Sale to Valeant

If completed, a transaction would be one of the biggest health care deals of the year. And it could reap a sizable profit for Bausch & Lomb’s current owner, Warburg Pincus.

The Security Sideshow in the Fight Over Sprint

Dish Network’s argument that Japanese ownership of the American cellphone operator is a risk to national security is half-baked and shows desperation, the author contends. 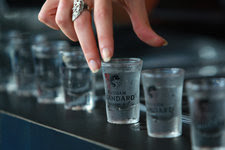 The Curious Case of the European Vodka Seller

A super-speedy prepackaged bankruptcy and a choice for convertible noteholders — all in Delaware. 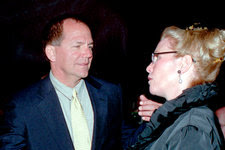 When a Billionaire Speaks Off the Cuff on Motherhood

A furor has erupted over comments made by Paul Tudor Jones, a billionaire hedge fund manager and philanthropist, who was captured on video trying to explain why there is a scarcity of female traders.

Robert A. McDonald is being replaced by his predecessor, Alan G. Lafley, reports Michael J. de la Merced for The New York Times. The world’s biggest consumer products company has been under pressure from the hedge fund manager William A. Ackman. Read more » 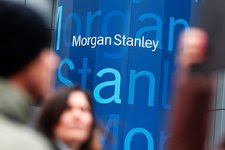 Jerome Leleu and Mille Cheng will be co-heads of its equity capital markets business in Asia. The pair will replace Justin Haik, who is moving to a new role as senior client relationship manager for equities in Asia.

Email ThisBlogThis!Share to TwitterShare to FacebookShare to Pinterest
Labels: 2013., DealBook Latest News Week in Review; May 24

Vancouver’s real-estate market remains the priciest in Canada, even though affordability has continued to improve for the past  ... READ MORE

Vancouver Board of Trade boosts BC Chamber of Commerce

BC Chamber of Commerce says  addition of 4,000 members of the Vancouver Board of Trade will give the provincewide organization more clout on ... READ MORE

The BC Securities Commission (BCSC) has ordered a hearing into the alleged fraud by two Alberta sisters who raised millions of dollars through the sale of ... READ MORE

Northern college to get training tower for wind techs

Small food processors tiptoe through the valley of giants