Bud Conrad, chief economist for Casey Research, writes today that the recent plunge in gold prices seems to have been engineered by a single large participant in the market.

Conrad writes: "We don't have the name of the entity that did this. However, the way the gold was sold all at once suggests that the goal was not to get the best price. An investor with a position of this size should have been smart enough to use sensible trading tactics, issuing much smaller sell orders over a period of time. This would avoid swamping the market; and some of the orders would be filled at higher prices and thus generate more profit. Placing a sell order big enough to affect the overall market price suggests that someone with powerful backing wanted to drive the price of gold down.

"Such an entity could have been a large speculator who already had a sizable short position and could gain by unloading some of its short position once the market momentum had driven the price even yet lower. Or it could be a central bank -- one that might be happy to have the gold price move lower, as it would provide cover for its printing of more new money.

"Of course, it could be some entity that owned long contracts and wanted to get out of the position all at once.

"We don't know, but this kind of activity, resulting in the biggest drop in 30 years, raises more than just suspicion when we consider how important the price of gold is to many markets around the globe.

"Can markets really be influenced by big players? Well, was the LIBOR rate accurately reported by huge banks? Have players ever tried to corner markets? The answer to all the above, unfortunately, is yes."

Email ThisBlogThis!Share to TwitterShare to FacebookShare to Pinterest
Labels: 2013-., GATA I THE GATA DISPATCH -April 22

By Kate Gibson, MarketWatch
NEW YORK (MarketWatch) — U.S. stocks climbed on Monday, with the S&P 500 index rebounding from its largest weekly hit in five months, as investors anticipated earnings from the technology sector and Caterpillar Inc. reported Chinese production to be increasing.

“Last week was an indication that the liquidity, Fed-driven rally, where people were looking for yield in safe places, has started to run into resistance, which you would expect with the Dow approaching 15,000 and the S&P 500 1,600,” said Marc Chaikin, CEO at Chaikin Analytics LLC.

On Monday, the Dow Jones Industrial Average DJIA +0.14%   rose 41 points and lost nearly 90 before finishing up 19.66 points, or 0.1%, at 14,567.17.
Microsoft Corp. MSFT -0.16%  led gains that included 18 of its 30 members, with shares of the software company rising 3.6% after CNBC reported activist investor ValueAct Capital purchased a $2 billion stake in the software company.
Caterpillar Inc.’s stock CAT +0.19%  rose 2.8% after the heavy-equipment maker projected Chinese output would expand in the second quarter and said it would restart a share repurchase for the first time in years.

Netflix Inc. NFLX +20.34%  surged 6.7%, making the stock the top gainer in the S&P 500. After the market close, the online-video provider reported first-quarter earnings above market expectations and said it added over 3 million streaming members during the quarter.

“Tim Cook has a chance to pull a rabbit out of a hat by taking cash on the company’s balance sheet to buy back stock and increase Apple’s dividend,” Chaikin said of the consumer technology company’s chief executive officer. “Unless they do something major with their cash in tomorrow’s earnings announcement, we may see some high-volume liquidation of their stock,” he added. 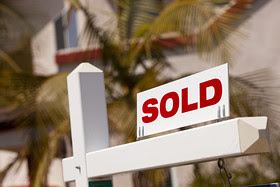 U.S. equities are coming off their worst weekly performance in months, with sentiment weakened by mixed earnings results and further signs of slowing U.S. and global growth.

“As the housing market has been a lynch pin of this bull market, it’s another data point investors use to take profits. But I don’t think it’s fatal for the rally,” Chaikin said of data from the National Association of Realtors, which reported sales of previously owned homes fell 0.6% in March, while longer trends posted substantial gains.

An index of national economic activity released Monday by the Chicago Federal Reserve suggested slowing activity in March, with growth close to the historical trend, as viewed through the three-month average.

The CEO who steered Richmond-based Catalyst Paper through the toughest three years in its history is stepping down. Kevin Clarke will leave the ... READ MORE

Vancouver-based Army & Navy is holding its 64th annual shoe sale on April 24 – an event dubbed the biggest shoe sale in Canada because the chain's six stores regularly sell more than 100,000 pairs of shoes and ... READ MORE

The carbon offsetting market is worth billions, but insiders say it’s ineffective ... READ MORE
Posted by Fernando Guzmán Cavero at April 22, 2013 No comments: