The Economist | Editor's picks 27 March 2013.: From the desk of John Micklethwait, Editor.

Beating the market, lowering fees
Brendan Conway and Jack Otter discuss a Vanguard fund that's beating the S&P over the long term, despite a hefty bond allocation. Plus: How to protect yourself against a stock pullback.

Another Dow component, Wal-Mart Stores Inc. WMT +0.01% , finished marginally higher, a day after the discount retailer said in a securities filing it would likely take a loss from foreign bribery probes being done internally as well as by government agencies.

The S&P 500 on Tuesday finished less than 2 points from its all-time close, set in October 2007.
“It would be nice to break it, and we will break it, but it doesn’t mean anything really,” other than the level represents a resistance level, said Pavlik of the S&P 500’s record level.

“Any dip triggered by European issues is met with buyers in the U.S.,” said Elliot Spar, market strategist at Stifel, Nicolaus & Co.

Powered by easy monetary policy from the Federal Reserve and other global central banks, the U.S. equities market is into the fifth year of its current bull run, with benchmark indexes up between nearly 8% and 11% for the year, leading many strategist to say a move down is in order.

“People are still trying to determine if this market is going to experience a pullback. I’m leaning to the belief we’ll probably see some kind of pullback, or correction develop in the next week or so,” said Pavlik.

Stocks fell to their lows of the day shortly after the open, then recovered the bulk of their losses, with little impact from a housing report from a trade group. The National Association of Realtors said its index of pending-home sales declined 0.4% in February to 104.8 following a revised 3.8% hike the previous month.

European stocks tumbled and the euro EURUSD +0.01%  fell to a four-month low as the euro zone’s outlook faltered on two fronts.

In Cyprus, the government is restricting money transfers as it readies for Thursday’s planned reopening of its banks, which have been closed for nearly two weeks as the island nation struggled to reach a deal to avert a meltdown of its financial system.

Other developments in Europe had Italian politician Pier Luigi Bersani, the head of a center-left alliance, ruling out the formation of a coalition government. He reportedly said that only an “insane person” would want to govern Italy and that the country is a “mess.” Italy has struggled to put together a government since inconclusive elections in late February. Bersani’s remarks raise the prospects of another election in the near term.

Strategists said trading conditions could be thin ahead of a three-day Easter weekend. U.S. markets will be closed Friday for Good Friday. 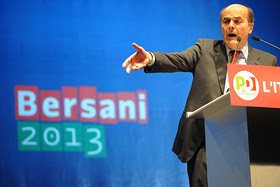 Getty Images Enlarge Image
The leader of the Italian center-left Democratic Party Pier Luigi Bersani
In his prepared remarks, Kocherlakota reiterated his proposal for the central bank to pledge to keep rates low so long as the unemployment rates remains above 5.5%, rather than the 6.5% target currently in use.

In a speech to business leaders in Manchester, N.H., Rosengren said the Fed’s $85-billion-a-month asset purchase program is having the desired impact of speeding up the pace the recovery and should be continued through the end of the year.

Echoing the theme, Evans also called the Fed’s bond-buying program a success, telling reporters at a news conference that he doesn't want the Fed scaling back the purchases soon.

Pianalto, however, said economic conditions could emerge “before long” that would let the Fed slow the pace of its asset purchases.

Rosengren and Evans are voting members of the rate-setting Federal Open Market Committee in 2013. Evans has emerged as an important Fed figure after successfully pushing the central bank to adopt economic thresholds for the first rate hike in order to ensure that investors don’t fear a quick tightening of monetary policy once the economy improves.

Kate Gibson is a reporter for MarketWatch, based in New York.
at March 27, 2013 No comments: Links to this post

The Conscience of a Liberal Poland Is Not Yet Lost; by Paul Krugman.: NYT | Opinion Today 27 March 2013. 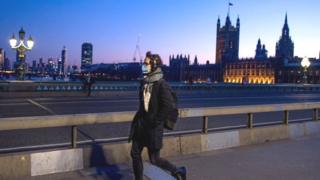