By Kate Gibson, MarketWatch
NEW YORK (MarketWatch) — U.S. stocks furthered their record climb on Monday, bringing the S&P 500 within nine points of an all-time high and the Dow industrials extending their longest winning run in nearly a year.

“The Dow is what gets all the news among the public, as it is more widely recognized, but for the insider and for technical reasons, it’s more important for the S&P 500 to breach its previous closing high,” said Mark Luschini, chief investment strategist at Janney Montgomery Scott.

Dell and Carl Icahn reach confidentiality pact
Paul Vigna and David Benoit discuss Dell agreeing to allow Car Icahn to review its books, and Jonnelle Marte looks at what to do with your tax refund.

The financial sector led the gains, with shares of Genworth Financial Inc. GNW +6.71%  jumping 6.7% after Barron’s reported that the shares of the recently reorganized life insurer and provider of mortgage securities could nearly double in the next year.

After hitting an all-time high last week on a better-than-expected monthly jobs report, the Dow industrials DJIA +0.35%  on Monday chalked up another record finish, its fifth in a row, after climbing for a seventh consecutive session to end at 14,447.29, up 50.22 points, or 0.4%. The winning streak is the longest since March 15, 2012.

“As long as there is this widely held view that we’re in for a correction, we’re likely not going to have one,” added Luschini of expectations that the market was due for a pullback, given the more than 10% rise by the Dow so far this year.

U.S. equities reversed course Monday as investors bought into a dip that came after disappointing data from the world’s second-largest economy.

“With China’s revival that we had seen coming out of last year, these figures collectively were a little bit of a setback,” said Luschini, referring to economic reports that had Chinese consumer prices rising, consumer spending slowing and industrial production slowing. The reports were likely impacted by China’s Lunar New Year holiday, he added. See: China’s inflation climbs; other indicators soften.
Intrade halted trading, with the Irish online betting service saying it is looking into possible financial irregularities. See: All bets off as Intrade shuts down.

Kate Gibson is a reporter for MarketWatch, based in New York.
Posted by Fernando Guzmán Cavero at March 11, 2013 No comments: 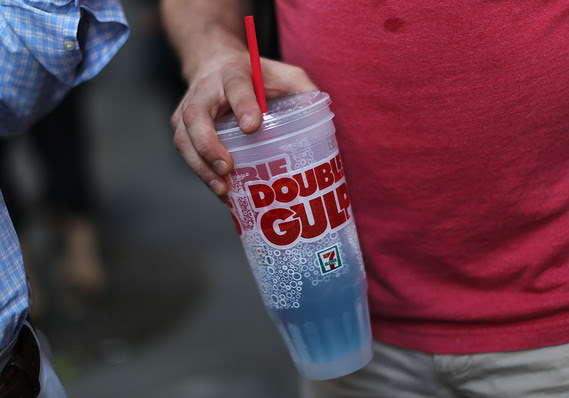 Getty Images
A man carries a large sweetened drink while attending a 2012 protest billed the`'Million Big Gulp March" in Manhattan.
NEW YORK (MarketWatch) — A state judge stopped Mayor Michael Bloomberg’s administration from banning New York City restaurants and other venues from selling large sugary drinks, a major defeat for the mayor who has made public a health initiatives a cornerstone of his tenure at City Hall.

The regulations are “fraught with arbitrary and capricious consequences,” the judge wrote. “The simple reading of the rule leads to the earlier acknowledged uneven enforcement even within a particular city block, much less the city as a whole.the loopholes in this rule effectively defeat the state purpose of the rule.”

An expanded version of this report appears at WSJ.com.
Posted by Fernando Guzmán Cavero at March 11, 2013 No comments:


Posted by Fernando Guzmán Cavero at March 11, 2013 No comments: