Osborne backs break-up of banks that fail to reform

The UK's big banks will be broken up if they fail to follow new rules to ring-fence risky investment operations from High Street outlets, Chancellor George Osborne has announced.

He has said taxpayers are angry at banks' behaviour and will never again be expected to bail them out.
His speech comes on the same day the government introduces its Banking Reform Bill in Parliament.
Customers will also be able to switch bank accounts to a rival within a week.

Mr Osborne also said the banking system was not working for its customers, particularly small businesses and individuals.

He pointed to the fact that large banking transactions could be done instantly, whereas small businesses could wait days for money to pass through the system.

Mr Osborne had previously warned against "unpicking the consensus" over structural reform of the sector.
But the chancellor appears now to have accepted a major recommendation of last year's Parliamentary Commission on Banking Standards which called for a reserve power to "electrify the ring-fence" if banks did not implement reforms.

What the Banking Reform Bill does

U.S. and States Prepare to Sue S.&P. Over Mortgage Ratings The Justice Department and state prosecutors plan to file civil charges against Standard & Poor's Ratings Service, accusing the firm of fraudulently rating of mortgage bonds that led to the financial crisis, people briefed on the plan said.
Read more »
at February 04, 2013 No comments: Canadians: prepare to bid adieu to the penny

As of today, the Royal Canadian Mint will no longer be distributing pennies to banks and other financial institutions and will begin ... READ MORE

Canada is failing to reverse the increasing income inequality that began in the 1990s, and with this comes ... READ MORE

A Vancouver startup has developed a new app that may help NHL players win back the ... READ MORE

Local icon commemorated on a stamp

SAN FRANCISCO (MarketWatch) -- The Justice Department and state prosecutors intend to file civil charges alleging wrongdoing by Standard & Poor's Ratings Services in its rating of mortgage bonds before the 2008 financial crisis, said the Wall Street Journal in an online report Monday. It cited people familiar with the matter. Shares of McGraw-Hill Cos. MHP -2.30% , parent of S&P Ratings, hit an intraday low of $56.79 after the WSJ ran the news on its site. The stock recently traded down 2.1%. The alleged wrongdoing centers on the model used by S&P to rate mortgage bonds, according to the WSJ report.

Several state attorneys general are expected to join the case. It wasn't immediately clear why S&P Ratings rivals Moody's Corp. MCO -1.07% and Fitch Ratings, which is a unit of Fimilac SA and Hearst Corp., aren't part of the action, said the report. Moody's shares fell 1%


The Bill Gross recipe for profits
The manager of the world's largest bond fund explains why he likes inflation-protected securities and bonds from two nations south of the border.


“European markets had a tremendous run in the last few weeks and you would expect some sort of correction,” said Alastair Winter, chief economist at Daniel Stewart Securities in London. “There are so many problems in Europe and I suspect that other people are starting to see that too.

“German bond yields are falling and that suggests that people are getting scared. They kicked the can down road with the problems in Europe, but they haven’t fixed it. I think it’s very scary to be heavily involved” in Spain and Italy. “They have great companies, but to buy a whole market or bonds in those countries is pretty scary,” he added.

Shares of Royal Imtech NV NL:IM -48.09% sank 48% in Amsterdam after the infrastructure company said it would take a write-down of at least 100 million euros ($135.7 million) on its Polish projects as it investigates ”possible irregularities.” It also said that its 2012 earnings statement scheduled for tomorrow would be delayed.

On a more upbeat note, shares of Swatch Group AG CH:UHR +5.02%  picked up 5% after the world’s largest watchmaker reported a 26% increase in full-year profit and said it had gotten off to a healthy start in 2013. See: Swatch 2012 net up 26%; Growth seen continuing.
Investors also looked to China, where weekend data showed the services sector expanded for a fourth straight month in January. The nonmanufacturing Purchasing Managers’ Index edged to 56.2 from 56.1 in the final month of 2012. A reading above 50 signals expansion. See: China’s services sector expands in January.

Back in Europe, Italian shares came under heavy selling pressure as Silvio Berlusconi gained in opinion polls after he vowed to reduce taxes if the former prime minister’s coalition wins elections later this month, stoking fears that the country will diverge from its current reformist drive.

“Berlusconi is the complete death for other European leaders and the thought of him spoiling a clean result in Italy scares people,” according to Winter from Daniel Stewart Securities. “The other thing is that he has let the genie out of the bottle and asked why Italy should stay in the euro.”

Shares of UniCredit SpA IT:UCG -8.29%  dropped 8.3% as UBS cut the Italian bank to neutral from buy. On Friday, the bank’s shares lost 2.6% after Reuters reported that bank employees were being investigated for fraud related to derivatives contracts.

In Spain, the IBEX 35 index XX:IBEX -3.77%  erased 3.8% at 7,919.60, also on the back of political concerns. Minister Mariano Rajoy sought to contain political fallout amid allegations of a corruption scandal involving secret payments, while a poll showed support for his center-right People’s Party dropped to 23.9%, the lowest in its history.

Barclays PLC shares UK:BARC -2.83% BCS -3.07% fell 2.8%. The bank said Chris Lucas plans to retire as group finance director, but agreed to stay on until successors have been appointed. See: Barclays finance director Chris Lucas to retire.
The FTSE 100 index UK:UKX -1.58%  lost 1.6% at 6,246.84. See: Vodafone drags FTSE 100 lower after downgrade.
Sara Sjolin is a MarketWatch reporter based in London. Follow her on Twitter @sarasjolin.

When it comes to tax season, every year is a little different. Laws change, some benefits kick in while others end, and natural disasters can have an impact on your tax return.

The deadline for filing your taxes is April 15, 2013. While this is the normal deadline, there are some important new things you should know about for the 2013 tax season.

Here's what you need to know before you file your taxes.

Email ThisBlogThis!Share to TwitterShare to FacebookShare to Pinterest
Labels: 2013).: USA.gov Team :, What you need to know about tax season (February 4 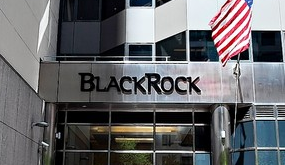 “The pension plans seek to recover funds rightfully owed to them as iShares shareholders, which were improperly spent by iShares’ management on grossly excessive compensation to securities lending agents affiliated with iShares and certain of their affiliates,” according to the compliant, Ignites.com reports.


Stocks May Give Back Ground Following Recent Strength - U.S. Commentary
After moving higher in each of the past five weeks, stocks are likely to give back some ground in early trading on Monday. The major index futures are currently pointing to a lower open for the markets, with the Dow futures down by 68 points. (Feb 4, 2013) Full Article


Australia Building Permits -4.4% In December
The total number of building permits issued in Australia was down a seasonally adjusted 4.4 percent on month in December, the Australian Bureau of Statistics said on Monday, standing at 12,767. (Feb 4, 2013) Full Article