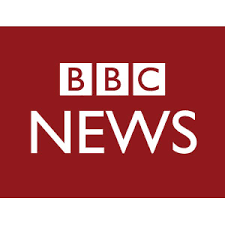 A US court approves the biggest criminal fine in US history given to British oil giant BP as part of a settlement related to the fatal 2010 Deepwater Horizon disaster.

The online retailer Amazon has announced a fall in quarterly profits, despite an increase in revenues during the period.

The independence-minded region of Catalonia asks the Spanish central government for an extra 9bn euros (£7.7bn) in bailout money.

Submitted by cpowell on 02:46PM ET Tuesday, January 29, 2013. Section: Daily Dispatches
Swiss Banks Lose Old Taste for Gold
By Jack Farchy Financial Times, London Tuesday, January 29, 2013
http://www.ft.com/intl/cms/s/0/46c25732-6a10-11e2-a7d2-00144feab49a.html
The wealthy have for centuries turned to Switzerland as a safe and convenient place to stash their gold. But Swiss banks are now demanding higher fees to accept the world's bullion, as they seek to reduce the size of their balance sheets.
UBS and Credit Suisse, which dominate the powerful Zurich-based physical gold market, have hiked their charges for holding the metal, according to clients and people familiar with the banks.
The move is an attempt to persuade their biggest clients -- including other banks, hedge funds, and institutional investors -- to take direct ownership of their gold in so-called "allocated" accounts, with the bank simply acting as a custodian.

Under more common "unallocated" gold accounts, depositors' gold appears on banks' balance sheets, forcing them to increase their capital reserves. Like their global peers, UBS and Credit Suisse are under regulatory pressure to reduce capital-intensive activities ahead of the introduction of Basel III global banking rules.
People familiar with the banks' thinking said that the move to raise fees was part of a broader attempt to reduce the size of balance sheets. "When it's on balance sheet it does create costs," a person with knowledge of the banks' strategy said.
Fees vary for different clients, and traders said that the increase had not been uniform but that it was generally in the order of about 20 per cent. Vault fees are typically about 0.05-0.1 per cent of the value of the gold.
Credit Suisse declined to comment on the fee rises but confirmed that it was "adjusting its charges for precious metal accounts for financial institutions."
UBS declined to comment.
Higher vault fees are the latest sign of strain in Switzerland's banking industry, as investors in search of a haven pile money into the country.
Last month UBS and Credit Suisse imposed negative interest rates on short-term cash deposits in an attempt to stem inflows from investors seeking a haven from the eurozone crisis.
Some gold investors began shifting holdings from unallocated to allocated accounts -- which are generally more expensive -- at the beginning of the financial crisis.
Unallocated holders can lose their investment if a bank fails, but holders of allocated gold are protected. * * *
Join GATA here:
California Resource Investment Conference Saturday-Sunday, February 23-24, 2013 Hyatt Regency Indian Wells Resort and Spa Palm Desert, California http://www.cambridgehouse.com/event/california-resource-investment-confe...

2 Private Equity Firms Picked as Lead Bidder for Twinkies Twinkies have a reputation for being able to survive an apocalypse. At the very least, it appears that the cream-filled confections will survive bankruptcy. Their maker, Hostess Brands, has named a pair of private equity firms, Apollo Global Management and C. Dean Metropoulos & Company, as the collective lead bidder for Twinkies and several other snack brands, two people briefed on the matter said on Tuesday. Apollo and Metropoulos appear to have beaten out a sizable number of competitors for the iconic snack brand, including Grupo Bimbo of Mexico, the maker of Arnolds bread. But as the "stalking horse" bidder, with an expected offer of some $400 million, the pair will have largely set a floor for a court-supervised auction that is expected to take place within weeks.
Posted by Fernando Guzmán Cavero at January 29, 2013 No comments:

“It’s kind of a mixed bag, from a narrow perspective, you have the Dow up — it touched a five-year high — and a couple of stocks in our portfolio are doing well,” said Matthew Kaufler, portfolio manager at Federated Investors, citing Pfizer Inc. PFE -0.04%  and Valero Energy Corp. VLO +12.78% .

Of the 174 S&P 500 component companies that have reported fourth-quarter earnings to date, 68.4% have topped estimates, according to Greg Harrison, corporate earnings research analyst at Thompson Reuters.

“Home builders are continuing to do pretty well in this environment, and led the charge, but on the flip side you have Ford [Motor Co. F -4.64% ], with the U.S. being pretty strong and Europe being weaker than anticipated,” Kaufler added. Read: Ford shares slump as car maker sees European loss in 2013.

Home prices fall in November U.S. home prices edged lower in November from a month earlier, though the decline was attributed to the seasonally weak time of year rather than a reversal of the housing-market recovery, according to Standard & Poor's Case-Shiller home-price indexes.

Shares of Ford shed 4.6% after the car maker forecast a loss of $2 billion in Europe in 2013, more than its prior estimate. Read a commentary piece: Can Ford win in Europe?
Amazon.com Inc.’s AMZN +7.96% shares fell 5.7% ahead of the online retailer’s quarterly results, which were released after Tuesday’s close. Read: Amazon may regain profitability as sales jump.
The Nasdaq Composite COMP -0.02%  fell less than 1 point to 3,153.66, with the index hit by downbeat forecasts from Seagate Technology PLC STX -9.36%  and BMC Software Inc. BMC -6.23% .

Erasing gains, Yahoo Inc. YHOO +0.66%  fell 3% a day after the Internet-search engine reported fourth-quarter earnings on an adjusted basis that topped expectations and projected yearly revenue would rise. But outlooks for the current quarter and 2013 fell below expectations.

The Federal Reserve on Tuesday afternoon started a two-day meeting reviewing the U.S. economy and monetary policy, with the Federal Open Market Committee expected to keep policy on hold. Investors will look for signals in the FOMC’s statement, expected Wednesday afternoon, as to when the central bank will curb its easing moves. Read: Fed to press ahead with bond buying.
Ahead of Tuesday’s session, stock-index futures offered limited reaction to the latest indication that the U.S. housing market is gaining traction. The S&P/Case-Shiller index of property values climbed 5.5% in November from the year-earlier period, the largest year-over-year rise since 2006. Read more.
“There has been a heightened level of uncertainty that has plagued the country, both businesses and consumers, since the financial crisis. One reason businesses are generating so much cash is they don’t have the confidence to make investments. And in the case of housing, we’re coming off of historic lows, so it’s an improved environment, but far from what I would consider normal,” said Kaufler at Federated Investors.

The U.S. dollar DXY -0.28%  weakened against other currencies, while 10-year Treasury yields 10_YEAR +2.19%  rose to 2% after climbing Monday above that level for the first time since April.
“We’re still in a honeymoon period in January where more money is being allocated to stocks than to bonds for the first time since 2007. It’s too early to tell if this is a sustained allocation switch,” said Lazard’s Hogan.

4:04p ET Tuesday, January 29, 2013
Dear Friend of GATA and Gold:
Astonished notice of today's praise of GATA by the Financial Times has begun to come in from those gold market analysts who have managed to pick themselves up off the floor.
The daily note from John Brimelow's Gold Jottings says: "In a development which will be astonishing to veterans of the Gold Wars, the Financial Times today, in a discussion emphasizing how drastic the Bundesbank's shift to transparency about its gold activities has been, salutes the Gold Anti-Trust Action Committee. ... GATA has been completely justified in its complaints that its views have been excluded from the mainstream media for years. This is a remarkable development."
And Mark O'Byrne's daily note at GoldCore says: "Those who have dismissed the Gold Anti-Trust Action Committee or GATA as 'conspiracy theorists' may now wish to apologise and acknowledge the documentation and evidence that GATA have amassed over the years.
"GATA have long made a strong case that certain banks may have been manipulating gold and silver prices lower, in the same way that banks conspired to rig LIBOR and interest rates. ... The FT article is an important development and may help bring about a free market in gold and silver. This should lead to a revaluation of precious metal prices to the higher levels that have been expected by more astute analysts for some time and which are merited due to the very strong fundamentals."
The GoldCore commentary is posted at GoldSeek here:
http://news.goldseek.com/GoldSeek/1359464400.php
CHRIS POWELL, Secretary/Treasurer
Gold Anti-Trust Action Committee Inc.
Posted by Fernando Guzmán Cavero at January 29, 2013 No comments:

Submitted by cpowell on 12:20PM ET Tuesday, January 29, 2013. Section: Daily Dispatches
3:17p ET Tuesday, January 29, 2013
Dear Friend of GATA and Gold:
Hong Kong-based fund manager William Kaye of Pacific Group today gives King World News an incendiary interview about liberating the gold market from the stranglehold of imaginary paper gold.
Kaye, who told Bloomberg News a week ago that Pacific Group is taking delivery of $35 million worth of gold bars to be stored in a vault in Hong Kong (http://www.gata.org/node/12150), says today that "if even a small fraction" of gold investors "start doing what we are doing and what others are doing, it will create the biggest short squeeze in any financial instrument in the history of the world."
"It's already happening," Kaye adds. "It's happening quietly for the most part at the moment. I think the potential here is that what is starting as a trickle could become a flood."
An excerpt from the interview, the first of what are to be three parts, is posted at the King World News blog here:
http://kingworldnews.com/kingworldnews/KWN_DailyWeb/Entries/2013/1/29_Ex...
CHRIS POWELL, Secretary/Treasurer Gold Anti-Trust Action Committee Inc.
Posted by Fernando Guzmán Cavero at January 29, 2013 No comments: BC Hydro pushes ahead controversial $7.9b Site C dam

HD Mining has announced that it is sending 16 temporary foreign workers at its Murray River coal project back to ... READ MORE

Roughly 160 Sierra Wireless Inc. (TSX:SW) employees in Richmond and Carlsbad, California, will be offered relocation to San Jose, California, to follow the company’s AirCard business, which is being sold to ... READ MORE

Vancouver startups clean up at awards

Former journalist and chamber of commerce boss Anne McMullin is now at the helm of the Urban Development Institute, aiming to ... READ MORE

U.S. Titanic hits debt iceberg, and the band plays on

According to U.S. economy expert Peter Schiff: “Either we default on our debts and bondholders get shafted or we destroy the dollar and pay everybody off with a debased currency" ... READ MORE
Posted by Fernando Guzmán Cavero at January 29, 2013 No comments: