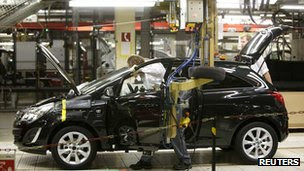 The German economy grew by 0.7% in 2012, a sharp slowdown on the previous year, preliminary figures show.

The figure was well below the 3% growth seen in 2011 and suggests the economy contracted in the fourth quarter.

"In 2012, the German economy proved to be resistant in a difficult economic environment and withstood the European recession," the federal statistics office Destatis said.

Some analysts believe the German economy will enter recession itself.

Destatis said economic activity "slowed down considerably" in the second half of the year, and particularly in the final quarter.

"The full-year growth figure [of 0.7%] implies a contraction of around half a percentage point in the fourth quarter," the office's top statistician Norbert Raeth said.

Last month, Germany's central bank, the Bundesbank, cut its growth forecast for this year to 0.4% and warned that the economy may have contracted in the final three months of 2012, and may do so again in first quarter of 2013.

The eurozone economy as a whole is already in recession, having contracted in both in the third and fourth quarters of last year.

Spending boost For 2012 as a whole, Destatis said foreign trade was "very robust", with exports up 4.1% on 2011. Imports grew by 2.3%. The positive trade balance was "once again the main driving force for economic growth in Germany".

Household expenditure increased by 0.8%, while government spending was up 1%.
The figures also showed that while the service sector of the economy expanded, industry and construction contracted.

For More on this story visit:

The Challenges of Taking Dell Private Dell appears to be hoping that going private can help ease its woes. But the hurdles to completing a big leveraged buyout and to solving its business problems aren't going away anytime soon.
at January 15, 2013 No comments:

Writing About What Haunts Us

I've been trying to lie about this story for years.

Why We Must Help Save Mali

Mali's Atrocities Began When It Lost Its Democracy

Africa's nations have a responsibility to protect human rights and democracy.
ADVERTISEMENT

Dim Hopes for a Free Press in China

Investigative reporting and opinion commentary are the two high grounds of Chinese journalism, and the Communist Party has cracked down on both.

Why has Tide become a popular product among shoplifters and drug dealers?

You think Israelis are aggressive, competitive and careless drivers? They're among the safest in the world.
ADVERTISEMENT

The Moment for Action on Guns

The White House has a rare chance to propose and push through an agenda of tougher laws for public safety.

A Widening War in Mali

France can help, but Mali must win the fight against Islamist rebels.

After more than 11 weeks since the devastating storm, New York, New Jersey and Connecticut are still waiting on adequate federal aid.

Getting Through the Flu Season

If there is any lesson of the this flu season, it is to get vaccinated early.

The NRA and Me

One month after Newtown, the NRA launched a target practice app for shooters aged four and up. Is this a joke?

All Your Base Are Belong To Us, Continued (Still Wonkish)

Think about the coin and what happens next. 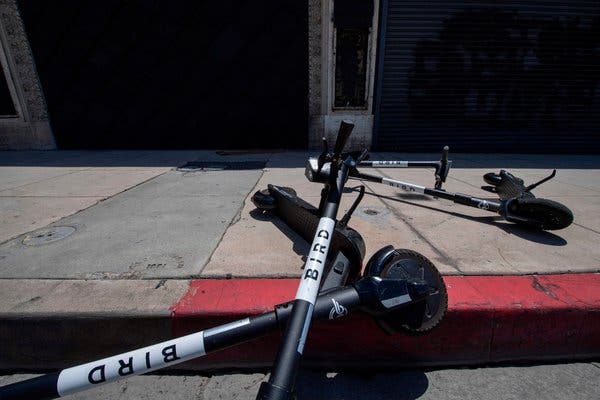