The best playbook for the economy right now may not be to stimulate it, but rather to avoid surprising it.

Former SAC Portfolio Manager Pleads Not Guilty in Insider Case The man at the center of the most lucrative insider trading case ever brought pleaded not guilty on Thursday, raising the stakes in the governmentʼs investigation of his former employer, SAC Capital Advisors. In denying the charges against him, Mathew Martoma, the onetime SAC portfolio manager, sets the stage for a possible courtroom battle that would put the spotlight on SAC and its owner, Steven A. Cohen, the billionaire money manager and one of the most revered investors on Wall Street. Federal prosecutors have accused Mr. Martoma of using secret information about a drug trial to help SAC gain profits and avoid losses totaling $276 million. Flanked at the defense table by his lawyers, Charles A. Stillman and Nathaniel Z. Marmur, Mr. Martoma denied the charges on all three counts of securities fraud and conspiracy brought against him. "I plead not guilty, your honor," Mr. Martoma repeated three times to Judge Paul G. Gardephe before a packed courtroom.
at January 03, 2013 No comments:

NEW YORK (MarketWatch) — U.S. stocks fell Thursday after the Federal Reserve signaled a likely end in 2013 to its bond purchases, offsetting upbeat jobs data a day before the payrolls report for December.

Minutes released Thursday from the Federal Reserve’s December meeting had several central bankers seeing either a slowdown or outright halt to Fed bond purchases before December. Read more about Fed’s program
Relinquishing an 18-point rise, the Dow Jones Industrial Average DJIA -0.16% was lately down 19.56 points, or 0.2%, at 13,392.99. The S&P 500 index SPX -0.21% lost 3.09 points, or 0.2%, to 1,459.33, with materials hardest hit and consumer discretionary faring best among its 10 major sectors. Read about some of Thursday’s biggest gaining and declining stocks.
TJX Cos. TJX +3.27% and Ross Stores Inc. ROST +7.97% both advanced as their monthly same-store sales beat forecasts.

Hormel Foods Corp. HRL +3.72% gained after the maker of Spam lunch meat said it would acquire the Skippy peanut-butter business for about $700 million.

“The ADP number was pretty good, so now everybody is going to move their payrolls estimates up,” said Phil Orlando, equity market strategist at Federated Investors. “We’re making slow progress towards better numbers.”

Why January is special for stocks? Just how special is January for investors? Mark Hulbert joins Markets Hub to discuss January's historical gains.


While the consensus estimate from economists surveyed by MarketWatch calls for an additional 160,000 jobs last month, Orlando said there was now an upside bias, and his research suggested 175,000.

Separately, the Labor Department said initial claims for unemployment benefits last week jumped 10,000 to a five-week high of 372,000. Read: Jobless claims rise 10,000 to 372,000.
“Claims were a little soft. But because of New Year’s and Christmas week, I’m inclined to ignore those numbers, so I’m more focused on ADP,” said Orlando.

“What we’ve enjoyed over the last two days is a massive sigh-of-relief rally,” Orlando said of the market’s two-day jump that came amid an 11th-hour deal to avert the fiscal cliff of steep spending cuts and tax hikes from taking place this year. Read: Is a winter breakout in stocks coming?
Investors cheered the last-minute accord to avoid what economists had feared would push the U.S. back into recession, though analysts cautioned against getting overly euphoric. See: U.S. stock indexes start 2013 with big rally .

While policy makers agreed on measures to avert tax hikes for all but a small percent of wealthy Americans, automatic spending cuts were merely delayed by two months. And the issue of the debt ceiling is also yet to be resolved. See The Tell: Fiscal Cliff II, coming soon to a Congress near you .

Moody’s Investors Service on Wednesday said the budget accord will not reduce the nation’s red ink enough to avert a sovereign-rating downgrade.

“We got one piece, but we don’t have the other piece. We got half a loaf,” said Orlando. Wall Street could do “OK” in January, but as investors look to February and March, prospects get dicey as lawmakers contend with the spending side of the equation after dealing with the revenue end in recent days, according to Orlando.

“All of the really difficult discussions are still to come,” he said. “And it was like getting blood out of a turnip to get the easy stuff done.”
Click to Play 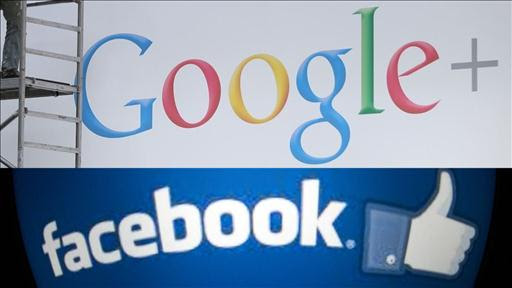 Google+ seeks to challenge Facebook by improving its integration with other Google services, and users are warming up to the new service offering. The federal panel reviewing the Northern Gateway pipeline proposal will be in Vancouver later this month to ... READ MORE

The B.C. government is raising the threshold for the province's homeowner grant well past the $1 million mark, which Finance Minister Mike de Jong said is ... READ MORE

Despite consistently being named as Canada’s most expensive city, Vancouver doesn’t even rank in the top five when ... READ MORE

Response Biomedical expands distribution of cardiovascular products in the U.S.

The Daily Guru
Where Are Currencies Headed in 2013?, Dean Popplewell

No-Nonsense Investing
4 Predictions and a Wild Card for Investors in 2013, Howard Gold

Jim Jubak on MoneyShow.com
The Shiny Side to the Budget Deal
Have Greece's Problems Been Resolved?

MoneyShow.com Exclusive Interviews
What Our Economy Will Look Like in 2015, William Strauss

Ideas from Around the World
Will 2013 Be the Eurozone's Last Year?, Martin Hutchinson

» America's Congress at last passed a deal that avoids the "fiscal cliff" of automatic spending cuts and tax rises, although the frantic round of negotiations continued past the deadline into New Year's Day. Under the deal, taxes will rise for individuals who earn over $400,000—a retreat from Barack Obama's preferred level of $250,000, but still anathema to many Republicans. Markets were relieved, though another political fight looms over raising the limit on America's debt ceiling. See article»

» Hillary Clinton was hospitalised with a blood clot. She is stepping down as America's secretary of state this year and on December 21st Mr Obama nominated John Kerry to replace her. Susan Rice, an early favourite for the job, withdrew from consideration after Republicans criticised her response to September's lethal attack on an American consulate in Libya. See article»
» The Constitutional Council in France struck down François Hollande's flagship measure of a 75% top income-tax rate on those who earn at least €1m ($1.3m), just days before it was due to take effect. He vowed to press ahead with the tax. See article»

» Mario Monti, who has headed a non-party government in Italy since November 2011, said that he was ready to serve again as prime minister if asked after a general election, which will probably be held on February 28th. Mr Monti has launched his own policy agenda and held talks with centre-right groups. See article»

» Venezuela's president, Hugo Chávez, suffered a respiratory infection and further complications after a fourth operation for cancer in Cuba last month. Officials cancelled New Year's Eve celebrations and organised a mass to pray for Mr Chávez's life, but denied rumours that he was in an induced coma or had died.
» Two people were killed in Argentina and more than a hundred were arrested after two days of looting in several cities before Christmas. The government of President Cristina Fernández blamed dissident members of her Peronist movement for the mayhem. See article»

» Bolivia's president, Evo Morales, announced further nationalisations of foreign companies, this time of two Spanish-owned electricity-distribution firms.
» Nearly 64% of Egyptians endorsed an Islamist-flavoured constitution in December. Turnout was less than 33%. The secular opposition hopes to do better in a general election next month. See article»

» The UN's commissioner for human rights said that at least 60,000 people had died violently since civil strife erupted in Syria in March 2011, a much higher figure than in previous estimates.

» Rebels in the Central African Republic, arguably Africa's poorest country, closed in on the capital, Bangui, and were poised to overthrow President François Bozizé. See article»

» Further rallies were held across India demanding more action on women's rights, after last month's murder of a 23-year-old student. The woman was gang raped, attacked with metal bars and thrown out of a bus in Delhi. The rape sparked violent protests in the capital over official indifference to women's safety. See article»
» Tens of thousands took to the streets of Hong Kong to call for the resignation of the city's chief executive, Leung Chun-ying. Mr Leung has been caught up in a scandal related to building work at his house, a delicate issue in Hong Kong where property prices are sky high. The protesters also demanded a bigger say in selecting future chief executives, a role currently fulfilled by a pro-Beijing committee.

» Kim Jong Un, North Korea's leader, used a new year's speech to urge greater co-operation with the South and to seek improvement in the North's economy. Park Geun-hye, who was elected last month as South Korea's first female president, has indicated that she is willing to restart a dialogue with the North. See article»