BP sells its 50% stake in TNK-BP to Russian state-controlled energy giant Rosneft in return for cash and shares. 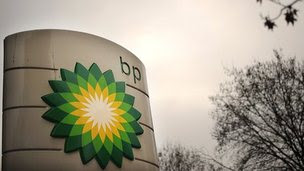 For 90 minutes tonight, President Obama and Mitt Romney will clash over specific foreign policy issues, their differences heightened by a debate intended to draw out sharp contrasts ahead of Election Day in two weeks.

Unseen, but Looming Over the Race

For Mitt Romney, George W. Bush represents a burden to minimize, and for President Obama, the former president's record offers a shield on the economy.

Florida's turnout may rest in part on volunteers' stamina in get-out-the-vote efforts. "It's going to be hand-to-hand combat all the way down," an adviser to the Romney campaign said.

Benghazi and Arab Spring Rear Up in U.S. Campaign

The attack in Libya last month has become the focal point of a fierce debate over what role the United States should seek to play in shaping the new order emerging from the Arab Spring.

The gap between the official explanations and the contemporaneous field reports on the attack in Libya illustrates the difficulty of turning raw intelligence into a coherent picture fit for officials' public statements.

For either President Obama or Mitt Romney, finding a satisfactory end to the war in Afghanistan and maintaining American influence in Pakistan will be a challenge.

The race between Representative Todd Akin and Senator Claire McCaskill has been one of the most contentious and closely watched ones in the nation.

Springsteen to Give Free Concert in Virginia to Support Obama

Bruce Springsteen announced that he and the E Street Band will give a free concert on Tuesday in the swing state as part of a get-out-the-vote campaign.

Both presidential candidates have concentrated some of their most intensive campaign efforts in the Buckeye State.

Sharpening the Message for the Final Push

In the closing days of the 2012 presidential campaign, President Obama and Mitt Romney are finding sharper, punchier ways to communicate their basic arguments.
ADVERTISEMENT

The central premise behind why President Obama is the modest favorite is very simple: he seems to hold a slight advantage right now in enough states to carry 270 electoral votes.

When It Comes to Election-Year Gender Gaps, 2012 Ranks High

If only women voted, President Obama would be headed to a big victory. If only men voted, Mitt Romney would be on his way to an easy win.

Follow along with this interactive replay of the second debate, using fact-checks and graphics to take a closer look at attacks and assertions by President Obama and Mitt Romney.

Interactive Graphic: Over the Decades, How States Have Shifted

A look at how the states stack up in the current forecast versus in past elections.
ADVERTISEMENT 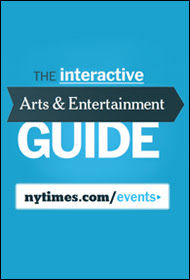 News Analysis: Cnooc's Deal for Nexen Still a Possibility The decision late Friday to reject Petronas's $5.7 billion deal for Progress Energy Resources may not indicate that the Canadian government is adopting a harder line on mergers involving foreign companies.
at October 22, 2012 No comments:

The Daily Guru
Look For Growth at Home, Michael Cuggino

Ideas from Around the World
Ads Only a Slice of Apple's Pie, Neil Parmar

The New York Times | Business Day | Your Money -October 22, 2012-: When to Call Your Elected Representatives for Help

Weighing the Odds of Disability, for Insurance Purposes

Disability insurance can help if you get hurt or become sick and are unable to work for several months, but it often doesn't come cheap. Is it worth it?

Call It an Uncertainty Fund, Not an Emergency Fund

Carl Richards sketches out a new way to think about emergency fund savings accounts and lays out two central questions to ask before starting one.

The proposed rule change would let spouses and partners, age 21 or older who don't work outside the home, apply for credit based on shared income.

Medicare recipients can change options during open enrollment through Dec. 7.

Four plans got top ratings, and four got negative ratings, in Morningstar's annual analysis of 529 plans.

Interactive Graphic: Is It Better to Buy or Rent?

The answer to the question depends on many factors. Compare the costs of buying and renting equivalent homes.

What would happen to your savings balances if you saved just one percent more a year?
ADVERTISEMENT

Financial Survival in a Time of Fiscal Peril

However Congress and the White House confront the impending "fiscal cliff," the months ahead are likely to be tumultuous. What should an investor do?

A blog about consumer tactics, helping readers sort out the choices in their financial lives.

Recycling Helps, but It's Not All You Can Do for the Environment

Recycling paper and glass does indeed help the environment, though experts say all of us ought to do more.

End Is Nigh for Certain Tax Exemptions

Mortgage debt forgiven by a lender in a short sale, loan modification or foreclosure is exempt from federal taxation. But come Jan. 1 that exemption expires.

Wall St. May Not Cheer, but Obama's Been Good for Stocks

During President Obama's first 1,368 days, the stock market has painted a much rosier picture than many other economic gauges.

A Guiding Hand for Bequests, Beyond the Grave

A trust lets the wealthy leave the bulk of their estate to someone other than a spouse - say, the children of a first marriage - yet take full advantage of the unlimited marital deduction in estate tax law.

Interactive Feature: The Sketchpad: Personal Finance on a Napkin

Carl Richards, a financial planner, has been explaining the basics of money through simple graphs and diagrams.
at October 22, 2012 No comments:

B.C. is missing out on billions of dollars of economic benefits due to a moratorium on offshore oil exploration off the coast, according to a Fraser Institute study released this morning.

Vancouver-based Barkerville Gold Mines Ltd. says it has hired a consultant and completed new drilling at its Cow Mountain deposit in a bid to have its cease-trade order lifted.

BC Hydro has recognized 27 business and organization leaders for their efforts to reduce their organization's power consumption with its annual Power Smart Excellence Awards.

A controversial ocean fertilization experiment off the coast of Haida Gwaii may well boost salmon stocks, but verifying the levels of carbon sequestration in order to sell carbon offsets would be virtually impossible, according to a carbon expert.

Smaller may not be better after all, at least not in forestry. That appears to be the message the B.C. government is sending with a new plan to encourage small wood lot owners and community forests to co-operate more on a regional scale.

Canada and the U.S. this month launched a new border-clearance pilot project at the Port of Prince Rupert, geared at accelerating cargo movement while ensuring security.

Attention all subscribers! To get the most out of biv.com and the stories on BIV Today, please ensure you are logged in to biv.com. The feature “stay signed in” is available from the log-in page.
at October 22, 2012 No comments: