Deutsche Telekom Nears a Deal to Buy MetroPCS Deutsche Telekom said on Tuesday that it was in talks to buy MetroPCS and merge it with its T-Mobile USA unit, as the German telecom giant seeks to bolster its flagging business in the United States.
Read more »
at October 02, 2012 No comments:

Stocks and Markets in the News | Wall Street at Close Report -MarketWatch -October 2, 2012-.

SAN FRANCISCO (MarketWatch) — The Dow industrials fell Tuesday, pressured by concerns ahead of quarterly reports on earnings and outlooks, though paring some of their losses by the close as traders mulled Spain’s prospects for a bailout request and credit-rating downgrade.

The Nasdaq Composite, meanwhile, eked out a modest gain, its first in three sessions.

Merrill Lynch plots raids on a rival In a raid that stands out even in Wall Street's aggressive recruiting culture, Merrill Lynch is arming some managers with lists of top Morgan Stanley Wealth Management brokers who are considered ripe for defection.


“It is interesting to us that defensive sectors of the market have performed relatively well behind the official announcement and launch of QE3,” said Clark Yingst, chief market analyst from securities and investment banking firm Joseph Gunnar.

“The strength could reflect investor skepticism regarding the impact of QE3 on real economic activity,” he said. “It could also be attributable to concerns regarding pending earnings reports in cyclical economically-sensitive sectors of the market, concerns that, in our view, are warranted.”
The Nasdaq Composite COMP +0.21%  rose 6.51 points, or 0.2%, to 3,120.04, after trading as low as 3,101.64.

Investors pondered news Tuesday from the euro zone as well as prospects for the U.S. earnings season.
“Premarket bullishness” in equities, which had opened mostly higher, was “likely due to expectations that Spain was ready to sign off on receiving bailout money as early as this weekend, but Spanish Prime Minister Mariano Rajoy denied that later in the day, reigniting investor concern about the region,” said David Brown, chief market strategist at Sabrient Systems. “That state of uncertainty, of course, is exactly what the market hates.”

Reuters, citing unnamed European officials, reported that Spain was prepared to seek a full bailout but that Germany was urging Madrid to hold off. If Spain does request a bailout, that would start to remove some of the uncertainty surrounding the Iberian economy, since it would pave the way for the European Central Bank to buy Spanish bonds and hold down borrowing costs. See: Mark these euro-crisis dates.

Reuters
Spain's Prime Minister Mariano Rajoy has reportedly said he won’t request a bailout this weekend.
Rajoy, however, has said he does not plan to ask for a bailout this weekend, according to a report in Europa Press Tuesday.
Reuters also reported that Moody’s Investors Service will announce the results of its review of Spain’s sovereign debt rating this month.
Aside from euro-zone news, traders will keep an eye on quarterly financial reports and guidance as the earnings season kicks into full gear starting next week, with earnings from Alcoa Inc. AA -0.67% on Oct. 9. See the Tell blog: 10 stocks whose buybacks should boost EPS.
Investors are beginning “to worry that corporate earnings will not only be down, but be worse than expected,” said Keith Springer, president of Springer Financial Advisors in Sacramento, Calif.

Email ThisBlogThis!Share to TwitterShare to FacebookShare to Pinterest
Labels: 2012-., Stocks and Markets in the News | Wall Street at Close Report -MarketWatch -October 2

NYT Politics -October 2, 2012-: Unseen for Months, but Running in Illinois


Unseen for Months, but Running in Illinois

Representative Jesse L. Jackson Jr., who has suffered from medical problems, is running a campaign that does not seem to exist.

By MICHAEL LUO and MIKE McINTIRE

Offshore arrangements made through Mitt Romney's former company, Bain Capital, were part of tax-avoidance strategies that have enhanced his income.

Leaders at Work on Plan to Avert Mandatory Cuts

A bipartisan group of senators is coalescing around an ambitious three-step process to avert automatic tax increases and deep spending cuts facing the country in January.

Playing Roles of Referee and, Increasingly, Target During Debates

The role of a presidential debate moderator, a task that once stood as a crowning and coveted journalistic achievement, is now subject to partisan rancor.

California Is Latest Stage for Election Battle Over Unions

Labor leaders see a ballot measure that would bar their political contributions as the biggest threat they have faced in this year of challenges to their power.

State conservatives want voters to oust three justices for their "activism." One of the three calls the campaign a "full-frontal attack" on a fair and impartial judicial system.

Romney Says He Would Honor Immigration Reprieves Granted by Obama

Mitt Romney clarified his stance about an immigration move by the Obama administration that has been hailed by Latinos.

Republican Party leaders in four more states have fired a consulting firm that was hired to register new voters, after suspect forms linked to the company were discovered in Florida.

Romney Ad Has New Take on Whether Obama Raised Taxes

Mitt Romney said last month that President Obama had not raised taxes during his tenure, but a new ad asserts the opposite, maintaining the health care overhaul amounts to a tax.

Both Elizabeth Warren and Senator Scott P. Brown scored points and made slightly embarrassing blunders in their second debate.

At a Romney Home, the View From the Curb

A new web video takes a slap at Mitt Romney and his "47 percent remarks" by showing a sanitation worker whose route, it says, includes Mr. Romney's oceanfront home in La Jolla, Calif.
ADVERTISEMENT

What Governor Romney's choices tell us about the man who wants to be president.

Oct. 1: Is the Presidential Race Tightening Heading Into the Debates?

Although it's unclear whether President Obama's polls have already begun to decline, it's more likely than not that they will tighten some between now and the election.

Interactive Feature: Will You Smile or Cringe? It Depends.

Twelve memorable moments from past debates that helped to define a candidate, for better or worse. Vote for your favorite clip.

Updated analysis by The New York Times and details on the six races considered tossups. 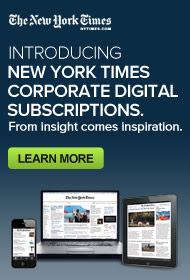