This week our friend the British economist Alasdair Macleod presented what he modestly called two "lectures" about gold at the Hard Assets Investment Conference in New York. The "lectures" are actually the equivalents of state papers -- the latter one a masterful and detailed description of the mechanics of the gold price suppression scheme. A few excerpts from that lecture:

It is the leasing activities and other unannounced interventions that are not reflected in central bank gold accounts, the former because in a leasing agreement ownership remains with the lessor so it is not reported, and the latter because they are hidden by the sight account system. The logical conclusion is that 30 years of supplying gold to the market to keep gold well below its free-market value has depleted official gold reserves to a significant degree. And since central banks refuse to discuss the matter, we have no idea how much of the officially declared gold actually exists.

The International Monetary Fund's gold is likely to be held on a sight basis in its entirety. When the IMF disposed of 400 tonnes between 2009 and 2010, they turned down bids from the private sector, selling only to other central banks. I believe this gold was in sight accounts (that is, did not actually exist), so a condition of sale was that it could be transferred and held only between central banks and supra-national government organisations. This certainly seems likely, but the sale terms were never actually made public.

So, to summarise: The central banks at the heart of price manipulation have had the means to sell substantial amounts of bullion without having to account for it. ...
* * *
London Bullion Market Association members strongly encourage clients to hold unallocated accounts by charging little or no fees for the privilege. They discourage clients from holding allocated accounts by charging high storage and custody fees. There are very good reasons why this is so. They are unable to make use of allocated gold, whereas every ounce of unallocated gold is used to back the LBMA members' dealings in the market. The disadvantage to the client is that he is exposed to counter-party risk.
Now if you have looked recently at the balance sheets of some of the European banks, you may not wish to take that risk. So while there has never been a bankruptcy in the market (though there have been some covert rescues -- for example, the one I mentioned earlier which [former Bank of England Governor] Eddie George talked about), implying that unallocated accounts are safe, for many clients this is not an assumption they are prepared to accept anymore.
* * *
The money in the [gold] market is always unbalanced in favour of the commercial bullion banks. They have lots of money, even your money as a taxpayer if they are too big to fail, and can always bluff anyone not prepared to put up funds for delivery. This is because the non-commercials and speculators have geared positions, which will magnify their losses.
We see this happening time and time again. The big commercial bullies wait for the punters to build up their long positions and then they whack it hard. They know that by doing so they will trigger all those stop-losses. In an afternoon they can make $100 an ounce this way. They make lots more money trading this way than they lose from being continually short in a bull market. You have been warned!
* * *
In the chart above I have derived from disaggregated data the net positions of the swap dealers. Two years ago they were short a net 120,000 contracts, which is the equivalent of 373 tonnes of gold. Since March 2011 they have reduced their net shorts from -110 thousand to zero give or take at the peak of the gold market last September. At the same time open interest fell from a peak 650,000 in November 2010 to the 420,000 level.
Why were the swaps short? The only logical reason has to be that the central banks were supplying the market with physical. It is that extra physical that was being hedged two years ago. And what is interesting is that at that time Portugal was rumoured to have given its gold up as collateral to the Bank for International Settlements. The amount that actually showed up in the BIS accounts was 349 tonnes, and the date was late 2009. Fits perfectly! Put another way, Portugal's entire gold stock appears to have been sold and absorbed into the market.
* * *
The balance of power has shifted to Asia, particularly China, and central to that power is control of real money, the money that society chooses for itself, not that enforced by government as a monopoly upon us. Untold amounts of gold have disappeared from the advanced economies' central banks, and the London Bullion Market is exposed to a sharp rise in the gold price. With this knowledge, anyone who does not take steps to protect him or herself from the increasingly certain event, a collapse in paper money, a fundamental change in our whole economic paradigm, is nuts.
* * *
The first part of Macleod's lecture, explaining gold's central position in economic theory, is posted at his Internet site, Finance and Economics, here:
http://financeandeconomics.org/Articles%20archive/2012.05%20Economic%20s...
The second part, quoted above, about the mechanisms of gold market rigging, likely to be of more immediate interest, is here:
http://financeandeconomics.org/Articles%20archive/The%20gold%20bullion%2...
Because of their supreme importance Macleod's two papers will be posted in the "Documentation" section of GATA's Internet site and should be distributed by gold's advocates as widely as possible.
CHRIS POWELL, Secretary/Treasurer
Gold Anti-Trust Action Committee Inc.

Submitted by cpowell on 01:48PM ET Friday, May 18, 2012. Section: Daily Dispatches Facebook Off to Faltering Public Start
By April Dembosky and Telis Demos
Financial Times, London
Friday, May 18, 2012
http://www.ft.com/intl/cms/s/0/c7bfd916-a113-11e1-9fbd-00144feabdc0.html
Facebook's life as a public company got off to a faltering start as technology glitches delayed the opening of trading and underwriters had to intervene to prevent its shares falling below the $38 issue price set on Thursday.
The stumbles, however, did not stop the company from celebrating the successful conclusion of the third largest initial public offering in US history on Friday. The $16 billion it raised trails only Visa's IPO in 2009 and a GM share issue in 2010.
Facebook's closely-watched Wall Street debut defied predictions of a spike in first-day trading and contrasted with the scene at its Menlo Park campus just two hours earlier, when founder Mark Zuckerberg pressed the Nasdaq opening bell and employees exchanged high-fives and hugs.


Andy Borowitz on the phoniness of the financial marketsSubmitted by cpowell on 02:06PM ET Friday, May 18, 2012.

5:10p ET Friday, May 18, 2012
Dear Friend of GATA and Gold:
People wouldn't be investing in the monetary metals if they hadn't already concluded that the financial markets are now best described by the old song:
It's a Barnum & Bailey world,
Just as phony as it can be.
But at least the satirist Andy Borowitz of the Borowitz Report nails these circumstances uproariously with commentaries arising from Facebook's initial public offering and the bankruptcy of Greece.
Borowitz's commentary on the Facebook IPO is headlined "A Letter from Mark Zuckerberg" and it's posted here:
http://www.borowitzreport.com/2012/05/17/a-letter-from-mark-zuckerberg/
Borowitz's commentary on Greece is headlined "Greece No Longer a Nation; Announces Plan to Become a Social Network," and it's posted here:

Also, a clarification: The commentary about gold and silver market manipulation by Brett Heath of
KSIR Capital, "Paper Gold and Silver Ponzi Exposed," brought to your attention this morning after its posting at MineWeb --

http://www.gata.org/node/11383
-- originally appeared in a longer form at the firm's blog, the Kwan Box, here:
http://thekwanbox.blogspot.com/2012/05/gold-silver-market-explained.html..

9:50p ET Friday, May 18, 2012
Dear Friend of GATA and Gold:
Jesse at Jesse's Cafe Americain today dismisses Doug Casey's skepticism about gold market manipulation. Jesse writes, "Anyone who can trot out the canard that a 'market is too big to be manipulated' does not engage my interest for very long." Jesse's commentary is posted here:
http://jessescrossroadscafe.blogspot.com/2012/05/chris-powell-answers-do...

Email ThisBlogThis!Share to TwitterShare to FacebookShare to Pinterest
Labels: GATA | THE GATA DISPATCHES. 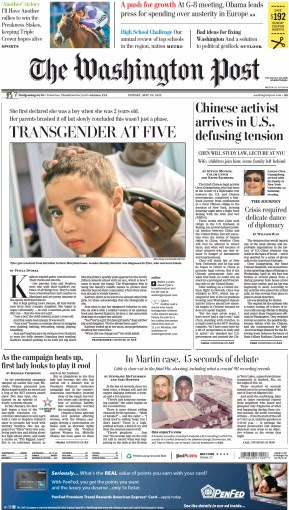