Posted by Fernando Guzmán Cavero at January 26, 2012 No comments:

Former Federal Reserve Chairman Paul Volcker today defended government intervention in the gold market to counter "exchange rate instability at a critical point."
Volcker's comments came in response to inquiry from the German freelance journalist Lars Schall, who noted GATA's reference to Volcker's expression of regret, recorded in his memoirs, about the failure of Western central banks to intervene to suppress gold prices during a currency revaluation in 1973. Volcker's support of gold price suppression was cited by your secretary/treasurer in his address to the Vancouver Resource Investment Conference last Saturday:
http://www.gata.org/node/10909

In his comments to Schall today, Volcker added that, "to the best of my knowledge," the United States has not intervened in the gold market for more than 40 years.

"Volcker is still around to answer questions, but as far as we know, no financial journalist has ever asked him why not rigging the gold market was a mistake."
After I read the remarks by Powell, I sent in the past few days more or less the same e-mail message to the press offices of the Group of 30, the Trilateral Commission, the Council on Foreign Relations, the White House in Washington, and Klaus-Dieter Frankenberger, foreign editor of the Frankfurter Allgemeine Zeitung and a member of the Trilateral Commission. My message said:
"Dear Ladies and Gentlemen,
"My name is Lars Schall. I am a freelance journalist from Germany. I write to you with Chris Powell, secretary/treasurer of the Gold Anti-Trust Action Committee Inc.
"Could you forward the following message to Paul A. Volcker, please? Thank you!
"Dear Mr. Volcker,
"On November 15, 2004, The Nikkei Weekly published the following excerpt from your memiors about the U.S. dollar revaluation that took place on February 12, 1973. You wrote:
"'That day the United States announced that the dollar would be devalued by 10 percent. By switching the yen to a floating exchange rate, the Japanese currency appreciated, and a sufficient realignment in exchange rates was realized. Joint intervention in gold sales to prevent a steep rise in the price of gold, however, was not undertaken. That was a mistake.'
"As Powell and I understand it, you are saying here that for the U.S. government not to rig the gold market was a mistake.

"Is this indeed what you want to say? If so, why was it a mistake? And do you think the U.S. government has learned from that mistake ever since? In other words: Does the U.S. government intervene in the gold market from time to time in order to support the dollar and other currencies against gold?
"An answer from you, Sir, for the public would be much appreciated.

"The quotation you cite is about an event almost 40 years ago. It pertained to the possibility of speculation in the gold market leading to exchange rate instability at a critical point.
"The U.S. has not, to the best of my knowledge, intervened in the gold market for more than 40 years.

Reorganization to Maximize Shareholder-Value and Allowing Mawson to Focus on the Development of Its Flagship Bonanza Gold Rompas Project In Finland.

THE REORGANISATION
The Reorganization will be conducted by way of ‘statutory plan of arrangement’ (the “Arrangement”).

The Annual and Special Meeting of Mawson shareholders to approve, among other matters, the Reorganization is set for March 30, 2012

• Initial Funding for Darwin by way of Private Placement for $3.5 Million @ $0.40 per Unit (each Unit: one (1) share and one half (½) 2-year purchase warrant @ $0.60;
• On the effective date of the Arrangement (the “Effective Date”) Mawson shareholders will receive: One (1) common share of Darwin for each three (3) common shares of Mawson then held.
2. Acquisition of Certain Mawson Properties by Tournigan Energy Ltd. (TSXV-TVC, “Tournigan”)
• Mawson has transferred all of its right, title and interest in its Uranium Resources and Exploration projects into “Mawson Holdco” and - - Tournigan will acquire Mawson Holdco for total consideration of 53,639,848 common shares representing approximately 20.5% of the Tournigan issued and post-closing outstanding shares;
• Mawson intends to distribute on the Effective Date the TVC Shares on a pro rata basis to the Mawson shareholders;
• As described in Tournigan’s news release dated January 4, 2012, Areva NC, one of the largest integrated nuclear companies in the world and one of Mawson’s largest and significant shareholders, has completed an exclusive private placement with Tournigan raising gross proceeds of $1,000,000; and
Areva has entered into a Technical Services Agreement with Tournigan and has appointed Andréas Mittler, Vice President, Expertise and Projects Department of AREVA Mines and a member of the AREVA Mines Executive Committee, to the Tournigan board; and
Tournigan will change its name to “European Uranium Resources Ltd.” and complete a consolidation of its shares on a 1 new for 5 old basis.  On distribution of the TVC shares, Mawson shareholders will own, post rollback, approximately 20.5% of the restructured Tournigan.
Note:  The transactions with Tournigan are subject to normal conditions

Please read the detailed Mawson Press Release here
States Michael Hudson, Mawson President & CEO:
“The proposed Reorganization will allow Mawson to focus on its 100% owned Rompas gold discovery in Finland that has developed into a significant project that will take a majority of Mawson’s focus and resources for the foreseeable future. The Reorganization will also allow Mawson shareholders to share in the success of Darwin and its prospective gold and copper portfolio in Peru that will be led by Dr. Graham Carman, its President & CEO.

In addition, Mawson shareholders will own approximately 20.5% of European Uranium Resources Ltd., a dedicated European uranium exploration and development company with a strong shareholder and technical partner in AREVA, the largest integrated nuclear company in the world.”

Dear Friends:
Bonuses (“Dividends”)
I certainly appreciate receiving Dividends like this in the form of shares in not one but, two new and exciting companies Darwin and European Uranium (Tournigan) while still maintaining my full interest in one of the most exciting bonanza gold exploration plays in the world.

I hereby would like to thank Michael Hudson, his very technical as well as business oriented, competent Management Team and Mawson’s Board of Directors for the Dividends and consequent shareholder-value they have created for all of us.
Stay Tuned - - as the Mawson Story unfolds and is far from over!!
Oh, by the way - - and no pressure Michael: Just don’t rest on your laurels too long and - - - get those drills in the ground at Rompas bonanza gold project in Finland ASAP.
Regards,
Nick L. Nicolaas
Mining Interactive "Ahead of the Pack"

Email ThisBlogThis!Share to TwitterShare to FacebookShare to Pinterest
Labels: From The Desk of Nick Nicolaas | Mining Interactive Website

Stocks and Markets in the News | Affairs in the world's trade currencies: Currency China’s yuan set for more international role

By Chris Oliver, MarketWatch
HONG KONG (MarketWatch) — Big changes could be underway for China’s currency this year, as Beijing moves forward with plans to free up its forex rules and increase the use of the yuan in its trade with the world.

Unnerved by the financial crisis in the euro zone, Chinese policy makers are contemplating a new approach that won’t be immediately obvious in the currency charts, according to one analyst. 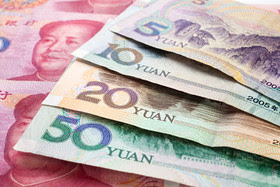 Economist Intelligence Unit’s Asia economist Duncan Innes-Ker in London said the consensus in Beijing is tilting towards efforts to accelerate the internationalization of the yuan — a reform that would also entail a gradual appreciation of the Chinese currency and would bring forward the eventual end of China’s managed foreign-exchange regime.
“What you saw last year was the Chinese trying to diversify their foreign-exchange reserves [which are] being savaged by what’s going on in the euro area,” said Innes-Ker.
The shift seems to have garnered momentum around the middle of 2011, he said, with an expanded international role for the yuan backed by the Ministry of Finance and the People’s Bank of China, and with the Ministry of Commerce — which has traditionally supported a weak currency to help exporters — apparently losing clout.

However, don’t expect a big rise in the yuan this year, as China is likely to opt for a gradual appreciation of its currency over time, with an expected annual gain of 2.7% against the U.S. dollar in 2012, according to the Economist Intelligence Unit.

“We are expecting continued moderate appreciation, but nothing dramatic,” Innes-Ker said.
The Chinese currency rose 4.3% against the dollar in 2011, and is up about 23% since China first ended its formal currency peg to the U.S. currency in July 2005.

Allowing the Chinese currency to rise too fast would likely bankrupt patches of the manufacturing sector, much of which survives on “razor-thin margins,” said Innes-Ker.

Other analysts agree that China’s currency will continue to appreciate, even amid the deteriorating global export outlook, with internal Chinese politics also playing a role.

RBC Capital Markets’ Brian Jackson in Hong Kong said political considerations were likely to weigh heavily on the minds of Chinese authorities during a year that includes a U.S. presidential election and changes in China’s top leadership.

The Chinese Communist Party is due to meet this year to begin the transition that will replace President Hu Jintao and Premier Wen Jiabao, both of whose terms expire in 2013, along with other top officials. See report on Chinese leadership change.

“I think there’s going to be a requirement to keep currency policy on an even keel, [as] they don’t want to rock the boat,” Jackson said, adding the dollar will likely ease to 6.10 yuan by the end of the year, down from its current level around 6.33 yuan.

He said analysts were unusually divided over how much the Chinese currency would appreciate this year, even as most were forecasting gains.

However, some analysts cited risks to continued yuan appreciation, particularly if the economy deteriorates severely.
Page 1 Page 2
Posted by Fernando Guzmán Cavero at January 26, 2012 No comments:

Email ThisBlogThis!Share to TwitterShare to FacebookShare to Pinterest
Labels: Stocks and Markets in the News | Affairs in the world's trade currencies


Posted by Fernando Guzmán Cavero at January 26, 2012 No comments: