IBM net up 4.4%; outlook for 2012 above target: Stocks and Markets in the News- - Companies Eanings

NEW YORK (MarketWatch) — International Business Machines Corp.’s fourth-quarter earnings rose 4.4% as higher software and services revenue offset a decline in its hardware business.
Shares of IBM IBM +2.68%  were up 2.8% to $185.50 in recent after-hours trading as the company projected 2012 earnings above expectations. The stock rose 25% in 2011, reaching new highs in December. Through the close, the stock has pulled back 1.8% in January.
For the new year, Big Blue projected per-share earnings of at least $14.85, above recent estimates of analysts polled by Thomson Reuters expecting $14.82.

The Armonk, N.Y., company has benefited from its push toward higher-margin, complex businesses such as business analytics, as well as investments in emerging markets. Though the strategy has been paying off, recent economic uncertainty has increased concerns about technology spending by corporations and governments.

In the latest results, IBM’s systems-and-technology unit reported an 8% decline in revenue. The unit, which includes its hardware business, has been an engine for revenue growth in recent quarters but though the growth has been slowing in recent quarters.

However, software segment revenue was up 9% as most of its key products saw growth. Technology services and business services revenue also improved, both rising 3%.
In the company’s growth markets — which include Brazil, Russia, India and China — revenue grew 7%, or 8% adjusted for foreign exchange.

Meanwhile, revenue in the Americas improved 3%. Total sales in Europe, the Middle East and Africa rose 1%, while total revenue in Asia increased 2%, but excluding currency impacts declined 1%.
at January 19, 2012 No comments:

Email ThisBlogThis!Share to TwitterShare to FacebookShare to Pinterest
Labels: Stocks and Markets in the News | Compapnies Earnings

Email ThisBlogThis!Share to TwitterShare to FacebookShare to Pinterest
Labels: Stocks and Markets in the News | Companies Earnings Outlook - MarketWatch

It's Goldman Bonus Day Many employees are dreading "Compensation Communication Day," and for good reason. The firm announced on Wednesday that its revenue in 2011 was down significantly, probably bringing bonuses down with it.
New York Fed Sells $7 Billion in A.I.G. Assets to Credit Suisse The New York Fed's decision to sell the Maiden Lane assets was started by an offer from Goldman Sachs earlier this month.
To Sir, With Regret The British government may strip Frederick A. Goodwin of his knighthood because of his role as chief executive in the failure of the Royal Bank of Scotland, which had to be bailed out by the government.
Occupy London to Appeal Ruling Against Campsite The move comes after a court sided with city authorities, who had called on the protestors to leave the colorful campsite that encircles the entrance to St. Paul's Cathedral, located in the heart of London's financial district.
European Central Bank to Recover Most of Its Lehman Loans Lehman Brothers' German unit had used 33 securities as collateral to borrow 8.5 billion euros from the European Central Bank before its collapse in September 2008.
BlackRock's Quarterly Profit Falls 16% BlackRock's overall assets under management, while down 1 percent from a year ago, grew 5 percent in the fourth quarter from the third quarter, to $3.51 trillion.
Morgan Stanley Reports Loss as Settlement Weighs on Results The one main bright spot in the fourth quarter was the Wall Street firm's global wealth management division.
Bank of America Swings to a Profit Yet even as Bank of America reported a $2 billion profit in the fourth quarter, what was once the country's largest bank continued to shrink, shedding tens of billions of dollars from its balance sheet and laying off nearly 7,000 employees.
Swiss Re Appoints New Chief Executive The world's second largest reinsurer said on Thursday that Michel M. Lies will take over as the company's chief executive on Feb. 1.
Securities Lawsuits Hold Steady but Below Average The number of investor lawsuits alleging fraud at corporations remained mostly flat last year, a new study found. But if it were not for suits tied to mergers and I.P.O.'s of Chinese companies, litigation would be below historical norms.
Eastman Kodak Files for Bankruptcy Eastman Kodak, the 131-year-old film pioneer that has been struggling for years to adapt to an increasingly digital world, ran short of cash before a turnaround effort could succeed.
DEALBOOK »

Economic Reports Data released on Friday will include existing home sales for December.
Corporate Earnings Companies reporting on Friday will include General Electric.
In Europe Chancellor Angela Merkel of Germany and President Nicolas Sarkozy of France will meet in Rome with Prime Minister Mario Monti of Italy to discuss the European debt crisis. Banks in the European Union face a deadline to submit plans to meet the European Banking Authority's new capital requirements. 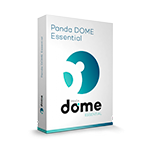 Ubisoft, a French video game company, has confirmed that it will close its Vancouver studio by month’s end.

Avigilon (TSX:AVO), a surveillance equipment company with headquarters in Vancouver and a manufacturing plant in Richmond, has announced the expansion of its European sales team to meet the growing needs of that market.

Canadian retailers will face a challenging 2012, with an influx of foreign competitors, weak consumer sentiment and decreased consumer buying power, according to an Ernst & Young trend forecast released this morning.

B.C.’s lumber exporters achieved a new record on China-bound exports, as more than four billion board feet of lumber were shipped as of the end of November 2011, according to Ministry of Jobs, Tourism and Innovation information released this morning.

Travellers have a new option for ordering foreign cash prior to leaving the country. ICE International Currency Exchange (ICE) has announced the launch of its new online Click & Collect currency reservation service.