U.S. Suit Says 6 Executives at Loan Giants Misled Investors: The Securities and Exchange Commission has brought civil actions against six former top executives at the mortgage giants Fannie Mae and Freddie Mac, saying that the executives did not adequately disclose their firms' exposure to risky mortgages in the run-up to the financial crisis. The case is one of the most significant federal actions taken against top executives at the center of the housing bust and ensuing financial crisis. Fannie Mae and Freddie Mac have been lightning rods in Washington as symbols of the excessive risk-taking that pushed the country into an economic downturn. The agency filed complaints against three former executives at Fannie Mae – its chief executive, Daniel H. Mudd; chief risk officer, Enrico Dallavecchia; and executive vice president, Thomas A. Lund. Freddie Mac's former chief executive, Richard F. Syron; Patricia Cook, its chief business officer; and its executive vice president, Donald J. Bisenius, were also named in a separate complaint.

Zynga Falls Below I.P.O. Price: Zynga's shares opened higher in their trading debut on Friday. But the stock later fell below its initial public offering price of $10, ending the day at $9.50.
Sowing Zynga's Riches: The owners of Zynga stand to fare quite well with the initial public offering. The I.P.O., which raised $1 billion, values the company at $7 billion.
A Muddy Situation for Fortress: A cloud hangs over Fortress Investment Group, after its chief Daniel Mudd, the former head of Fannie Mae, was charged with fraud for understating the subprime exposure at the mortgage giant.
S.E.C. Accuses Real-Life 'Rudy' of Fraud: The S.E.C. on Friday accused 13 people, including the real-life inspiration behind the movie "Rudy," of running a penny-stock pump-and-dump investment scheme that reaped $11 million in illicit profit.
Regulator Wants To Curb Use of Customer Cash: In the wake of the MF Global bankruptcy, Bart Chilton, a Democratic member of the Commodity Futures Trading Commission, is calling on Congress to bar brokerage firms from investing customer money altogether, expect in United States Treasuries, which offer the government's seal of approval.
Carlyle Sells Diversified Machine to Platinum Equity: Carlyle is selling Diversified Machine after building up the car parts maker from assets purchased in a 2005 bankruptcy auction.
Credit Agricole to Sell Private Equity Unit: Credit Agricole agreed to sell its private equity unit to Coller Capital, as the European financial firm looks to bolster its capital.
Trader in UBS Scandal Drops His Lawyer: Kweku M. Adoboli, the former UBS trader charged with fraud and false accounting, has dumped his law firm days before his next court hearing where he was expected to enter a plea.
Apollo Global Management to Buy Chemicals Business for $1.4 Billion: Apollo Global Management agreed on Friday to buy the Belgian chemicals company Taminco from a rival private equity firm, CVC Capital Partners, for $1.4 billion.

The managing director of the International Monetary Fund, Christine Lagarde, travels to China next week. On Tuesday, Jefferies Group reports its fourth-quarter results.

From the Desk of Nick Nicolaas - Mining Interactive: Bralorne Intercepts 10.4 Grams Gold per tonne over 4.4 Meters – Mine Facts and Potential

Let’s be clear about the facts and potential (Blue Sky) of the Bralorne Mine:


The Company has only about 28 million shares outstanding and the shares are trading at 80 cents or so  - - the Question is - - -  “where can you buy shares at this price of a production company throwing off cash flow to use for its own ‘blue sky potential’???

Nick L. Nicolaas
Mining Interactive "Ahead of the Pack" 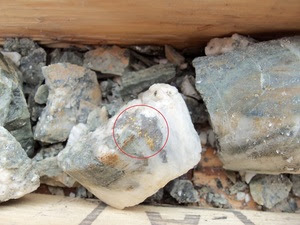 Mexican stocks advance Friday, recovering from a pullback that had followed a warning from a rating agency about the already beleaguered euro zone.
See full story
at December 16, 2011 No comments:

Email ThisBlogThis!Share to TwitterShare to FacebookShare to Pinterest
Labels: Stocks and Markets in the News | Latin America Markets

Email ThisBlogThis!Share to TwitterShare to FacebookShare to Pinterest
Labels: Stocks and Markets in the News | Wall Street at close

Angry Salvos on Euro Pact Sail Across the Channel

As ratings agencies raise heat on France, a cross-Channel spat has escalated into a full-blown war of words, with Paris turning its wrath on Britain.

Shares in Research in Motion fell 12 percent following the company's announcement that it will delay the launch of a new series of BlackBerry phones.

100-Watt Bulb on Its Way Out, Despite Bill

A rider on the omnibus spending bill prohibits the Energy Department from enforcing new efficiency standards on light bulbs. But the industry is unlikely to change course now.