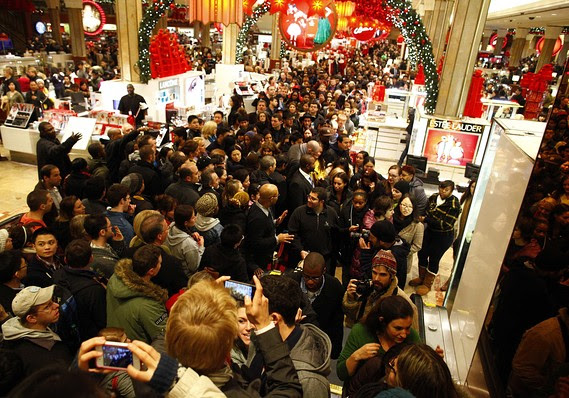 Canadian retailers should not offer steep discounts today simply because it is Black Friday in the U.S., according to Mark Startup, who is CEO of the B.C. retail lobby group Shelfspace.

B.C.’s economy will grow 2.6% this year and 2.5% in 2012, according to a Conference Board of Canada forecast released this morning.

While still far and away the priciest housing market in Canada, Vancouver became slightly more affordable in the third quarter, according to a report released this morning by RBC Economics.

Wages in B.C. rose 1.7% in September compared with the same month a year earlier, according to Statistics Canada data released November 24. In the rest of Canada, the jump was only 1.1%, according to the nation’s number cruncher.
at November 25, 2011 No comments:

SAN FRANCISCO (MarketWatch) -- Standard & Poor's said Friday it downgraded the long-term sovereign credit rating of Belgium to AA from AA+ because of renewed funding and market risk pressure. The outlook is negative. "We think the Belgian government's capacity to prevent an increase in general government debt, which we consider to be already at high levels, is being constrained by rapid private sector deleveraging both in Belgium and among many of Belgium's key trading partners," S&P said in a note. S&P also cited the sale of Dexia SA's BE:DEXB +7.85% FR:DEXB +7.85% Belgian bank unit to the government as offsetting economic growth
at November 25, 2011 No comments:

Email ThisBlogThis!Share to TwitterShare to FacebookShare to Pinterest
Labels: Stocks and Markets in the News | Standards and Poor's - Belgium

AT&T said it would take a $4 billion charge in case its takeover of T-Mobile USA fails, a tacit recognition of the dwindling chances that the deal will get through U.S. regulators. If the deal collapses, Deutsche Telekom may be forced to sell assets closer to home and take a knife to its cost base, reports Victoria Howley and Georgina Prodhan.

Chow Tai Fook Jewellery Group could raise up to $2.83 billion, which would be the biggest Hong Kong initial public offering of the year, tapping volatile equity markets to fund the purchase of diamonds and gold and pay down debt.

Ahead of Zynga's IPO, the San Jose Mercury News looks at what makes the company attractive.

Get a new perspective on the Olympus saga  in this interactive graphic.

Commentary No.v. 25, 2011
Stocks Likely To See Further Downside In Early Trading - U.S. Commentary
Stocks are likely to extend their recent downward move in early trading on Friday, as traders express continued concerns about the European debt crisis. The major index futures are currently pointing to a notably lower open, with the Dow futures down by 69 points. (Nov 25, 2011) Full Article
Economic News
Japan Consumer Prices Fall As Demand Weakens
Consumer prices in Japan declined for the first time in four months in October, as concerns over a deepening debt crisis in Europe and the impact of strong yen on the economy dampened domestic demand. (Nov 25, 2011) Full Article
Singapore Oct. Industrial Output Growth Picks Up
Singapore's industrial production growth accelerated in October at a faster than expected pace, given the robust performance in biomedical manufacturing, data from the Economic Development Board showed Friday. (Nov 25, 2011) Full Article
Corporate News
AT&T sees $4 Bln Charge In Q4 As Break Up Fee For T-Mobile Deal
Thursday, AT&T Inc. (T) and Deutsche Telekom AG (DTEGY.PK) are continuing to pursue the sale of Deutsche Telekom's U.S. wireless assets to AT&T. AT&T also added that if the deal does not receive regulatory approval, it expects to record $4.0 billion charge in the fourth quarter towards breakup fee. The companies withdrew their merger applications after Federal Communications Commission ordered for further hearing. However, AT&T and Deutsche Telecom would continue to pursue antitrust clearance either through the litigation pending or alternate means. (Nov 25, 2011) Full Article
at November 25, 2011 No comments:

Email ThisBlogThis!Share to TwitterShare to FacebookShare to Pinterest
Labels: Reuters - Before the Bell: "Awful" Italy debt

LONDON (MarketWatch) — U.S. stock futures dropped on Friday on concerns about the euro-zone debt crisis, as millions of Americans hit shopping malls across the nation to take advantage of deals offered by retailers on the traditional starting day of the holiday-shopping season.

In Europe, the Italian government sold 8 billion euros ($10.7 billion) of six-month Treasury bills, producing an average yield of 6.50%, up from 3.54% in an Oct. 26 sale. The news reinforced concerns that the spread of the debt crisis may make it very difficult for Italy to meet its funding needs.

Europe's week ahead: Bond auctions in focus The spotlight will remain on the euro-zone sovereign debt markets next week, with several countries scheduled to hold bond auctions.

The U.S. trading session will be shorter than usual on Friday, with trading on the New York Stock Exchange set to close at 1 p.m. Eastern time.

“The U.S. market is technically open for half a day but trading volumes will likely remain low as the festivities continue,” Deutsche Bank analysts wrote in a note. “Today, Black Friday, has traditionally been an important day for U.S. retailers given it officially kicks off the holiday shopping season so expect to see more retail-related headlines today and over the weekend.”
U.S. markets were closed on Thursday for the Thanksgiving Day holiday. The blue-chip Dow index DJIA -2.05%  sank nearly 240 points, or 2.1%, on Wednesday, ending lower for a third consecutive day.

No major U.S. economic data are set for release on Friday.

On the corporate front, shares of AT&T Inc. T -0.40%  may be active after the company said on Thursday it will book a $4 billion pretax accounting charge in the fourth quarter to cover the potential break-up fees due Deutsche Telekom AG DE:DTE -0.19%  if the sale of T-Mobile USA to the U.S. telecom firm does not receive regulatory approval.
In the commodity markets, December gold futures GC1Z -1.09%  dropped $17.90 to $1,679.30 an ounce in electronic trading on Globex. Crude oil for January delivery CL2F -0.86%  dropped 68 cents to $95.49 a barrel.

Email ThisBlogThis!Share to TwitterShare to FacebookShare to Pinterest
Labels: Stocks and Markets in The News | U.S. Futures

Ideas from Around the World
7 Canadian Trusts That Reward Patience, Roger Conrad

Currencies | The Dollar: Dollar slips vs most currencies on U.S. stimulus expectations