From The Desk Of Nick Nicolaas - Mining Interactive: (FDNN) Alert #74

Dear Friends:
I have been traveling non-stop to Sweden (the Tasman Norra Karr HREE project); Finland (the Mawson high grade Rompas Gold/Uranium project); Frankfurt and now in Zurich and I just received Martin Armstrong’s post June 13/14 essay.  I have read it over quickly but I have not had the time to fully digest his writings and I am not sure as to the significance of this Turnaround Date and how it will impact my financial future.
I expected something more definitive at this Turnaround date but as Marty writes:
“This turning point is a wake-up call and we will hit the snooze button once again.  2011 appears to be shaping up as did the 1985.65 turning point. It is more likely than not to be a profound change in the economics rather than a particular market just yet. This is good news that we did not get bubble tops or dramatic lows in the key markets.”
Marty reveals in the last paragraph that he will provide “a world review” as soon as the data is available:
“I will provide a world review soon as data is available on the economic front. For now, I hope this exposes the hidden order that lies beneath the surface.  There is much ground to cover and so little time.  What I hope to illustrate is that opinion is substantially flawed when the world around us is far more dynamic than most are willing to contemplate”.
Click here for Marty’s June 13/14 retrospective economic essay
*       *      *
I you want to understand how Marty arrives at his unbelievably accurate ‘Economic Confidence Model’ then you must read this - Click Here
As always - - Stay Tuned – the Universe is unfolding as it should!!
Regards from Zurich,

Washington, D.C., June 15, 2011 – The Securities and Exchange Commission today concluded that certain individuals who invested money through the Stanford Group Company – a U.S. broker-dealer owned and used by Allen Stanford to perpetrate a massive Ponzi scheme – are entitled to the protections of the Securities Investor Protection Act of 1970 (SIPA).
In exercising its discretionary authority under SIPA and based on the totality of the facts and circumstances of the case, the Commission asked the Securities Investor Protection Corporation (SIPC) to initiate a court proceeding under SIPA to liquidate the broker-dealer.
According to its 2009 complaint, the SEC alleged that Allen Stanford operated a Ponzi scheme in which certain investors were sold certificates of deposit (CDs) issued by Stanford International Bank Ltd. (SIBL) through the Stanford Group Company (SGC). SGC is a SIPC Member.
In an analysis provided to SIPC, the SEC explains that, on the specific facts of this case, investors with brokerage accounts at SGC who purchased the CDs through the broker-dealer qualify for protected “customer” status under SIPA.
In reaching its determination, the SEC cited the conclusions in the report of the court appointed-receiver for SGC, who noted that the many companies controlled and directly or indirectly owned by Stanford “were operated in a highly interconnected fashion, with a core objective of selling” the CDs.
Among other things, the receiver also noted that “[c]orporate separateness was not respected within the Stanford empire. ... Money was transferred from entity to entity as needed, irrespective of legitimate business need. Ultimately, all of the fund transfers supported the Ponzi scheme in one way or another, or benefitted Allen Stanford personally.”
The Commission further determined that, in light of all of the facts and circumstances in this case, the customers’ claims should be based on their net investment in the fraudulent CDs used to carry out the Ponzi scheme.
A SIPA liquidation proceeding would allow investors with accounts at SGC to file claims with a trustee selected by SIPC. The trustee would decide whether the investors have “customer” claims that are protected by the statute. An investor who disagreed with the trustee’s determination could seek court review.
The Commission has authorized its staff to file an action in federal district court under SIPA to compel SIPC to initiate a liquidation proceeding in the event SIPC does not do so.
# # #

The Dow Jones industrial average fell more than 180 points after concerns about inflation and the lack of a blueprint for the euro zone debt crisis kept investors on edge, analysts said.

Moody's cited "concerns" about the exposure of BNP Paribas, Société Générale and Crédit Agricole to the Greek economy.

Gaping pension shortfalls are forcing states to get more money from workers, some of whom have already accepted wage freezes and higher health insurance contributions.

Johnson & Johnson will stop manufacturing drug-coated heart stents by the end of the year after a series of company setbacks and rising concerns about the use of stents in some patients.

Shares of the online music service began trading at $20 on the New York Stock Exchange -- the latest sign of investor enthusiasm for Internet stocks.
• More Business News »
at June 15, 2011 No comments: Links to this post

Email ThisBlogThis!Share to TwitterShare to FacebookShare to Pinterest
Labels: MarketWatch | After The Bell Briefiing

MarketWatch | Personal Finance Daily: 10 places where houses are most affordable

10 places where houses are most affordable

Niagara Falls, N.Y., as Amy Hoak points out today, is well known for its lovely views and tourist-friendly attractions. It also has the dubious distinction of being named the "most affordable" housing market in the U.S. in Coldwell Banker's annual home listing report. The report also identifies the most expensive housing markets in the U.S., basing the ranking on a review of 2,300 markets in North America and analyzing properties listed between September 2010 and March 2011. The common factor is the listing price for a four-bedroom, two-bath house. In Niagara Falls, that would be about $60,820. At the top of the most expensive list: Newport Beach, Calif., where the average listing price for a four-bedroom, two-bath house is about $2.5 million.

The extremes of the most affordable and most expensive are interesting, no doubt. But most of us don't live in a world — or even a neighborhood — of extremes. However, the report does reveal some useful information. First, there were 775 U.S. markets where listings averaged $200,000 or less. That's good news for potential homebuyers. The report also gives some clues as to why some markets are so "affordable." They still suffer from weak economies and some have an overabundant housing supply. See if your town made either list.

The 10 most affordable U.S. home markets

Niagara Falls, N.Y., is well known for its beautiful views, which bring tourists from all over into its city limits. But here's something you might not have known: It also has the most affordable housing market in the country.
Read more: The 10 most affordable U.S. home markets.

The 10 most expensive U.S. cities to buy a home

These investment products are too risky for most

The sales of complex and risky structured products rose 46% last year to a record $49.5 billion, and regulators are warning Wall Street firms about selling them and average investors about buying them.
Read more: These retirement products are too risky for most.

I argued last week that low trading volume doesn't have to be bearish. But some are now arguing that the low volume means that the bull market is still alive. What do the data say?
Read more: Is low volume actually bullish?

Why the big money isn't always the smart money

Year after year, Wall Street types mock the supposed rubes and suckers who make up Mom and Pop investors. But if you feel outgunned by the pros, you shouldn't be, writes Brett Arends
Read more: Why the big money isn't always the smart money.

Industrial production inches up 0.1% in May

Broker-dealers that don't use outside custodians may face tougher examinations, the Securities and Exchange Commission said Wednesday as part of the agency's reform efforts after the Bernard Madoff scandal.
Read more: SEC seeks stronger post-Madoff audits.

Manufacturing activity deteriorates sharply in the New York region in June, raising concern that the slowdown seen in the factory sector in May could be a contraction rather than a temporary soft patch.
Read more: June Empire State index plunges.

The price of consumer goods rose 0.2% in May as the cost of food, clothing and autos all accelerated, offsetting the first decline in energy prices in 11 months, according to the latest government data.
Read more: Consumer prices climb in May.

Worries over Greece's debt crisis escalate Wednesday after euro-zone officials are unable to agree on a solution and as thousands of Greeks join a 24-hour general strike to protest against the government's latest austerity measures.
Read more: Greeks go on strike as debt fears escalate.
at June 15, 2011 No comments: Links to this post

The Economist : THE BUTTONWOOD GATHERING - A world unbalanced

Email ThisBlogThis!Share to TwitterShare to FacebookShare to Pinterest
Labels: The Economist : THE BUTTONWOOD GATHERING - A world unbalanced 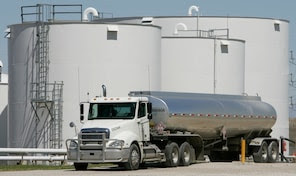 Lori Montgomery
But most Republican senators voted to repeal the tax credit, breaking with their party’s longtime stance against higher taxes.
PostPolitics Headlines 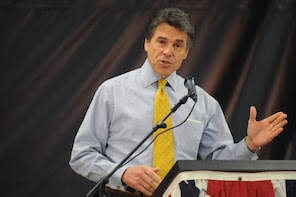 Room for One More

Browse every vote in the U.S. Congress since 1991.