Submitted by cpowell on 09:49AM ET Saturday, May 7, 2011. Section: Daily Dispatches By Atlantic Capital Management
West Palm Beach, Florida
Monday, May 2, 2011
http://www.minyanville.com/businessmarkets/articles/gold-price-price-of-...
Silver finished a very volatile week with significant developments on seemingly every front. There were two margin hikes for the futures market within 48 hours of each other. The Central Fund of Canada (CEF) saw its premium to spot prices (both gold and silver;CEF owns about 50% of its assets in each) disappear completely. As of April 29, 2011, CEF is trading at 2.4% discount to its net asset value in US dollars; a 2.7% discount in Canadian dollars. Sprott Physical Silver Trust (PSLV) also saw its premium to spot fall to about 16% from above 20%.
To some, these moves suggest that silverâ€™s bubble is getting too frothy to continue, as in the Sunday, May 1 plunge. For others, these moves show continued desperation on the part of the COMEX and bullion dealers to shake out weak long contract holders.

Submitted by cpowell on 06:01PM ET Friday, May 6, 2011. Section: Daily Dispatches
9p ET Friday, May 6, 2011
Dear Friend of GATA and Gold (and Silver):
Tocqueville Gold Fund manager John Hathaway tells King World News tonight that he expects gold and silver to consolidate for a while and then stage another breakout as big as their last. Of what happened this week, Hathaway says, "It's not a trend change. Just take a couple of weeks off and come back to it. The investment thesis is not at all in question here. It's just the dynamics of the market." An excerpt from the interview is headlined "Gold and Silver to Explode Again After Consolidation" and you can find it at the King World News blog here:
http://kingworldnews.com/kingworldnews/KWN_DailyWeb/Entries/2011/5/6_Hat...
CHRIS POWELL, Secretary/Treasurer
Gold Anti-Trust Action Committee Inc.
Join GATA here:
World Resource Investment Conference
Sunday-Monday, June 5-6, 2011
Vancouver Convention Centre East
Vancouver, British Columbia, Canada

Support GATA by purchasing gold and silver commemorative coins:
https://www.amsterdamgold.eu/gata/index.asp?BiD=12
Or by purchasing a colorful GATA T-shirt:
http://gata.org/tshirts
Or a colorful poster of GATA's full-page ad in The Wall Street Journal on January 31, 2009:
http://gata.org/node/wallstreetjournal
Or a video disc of GATA's 2005 Gold Rush 21 conference in the Yukon:
http://www.goldrush21.com/
Help keep GATA going
GATA is a civil rights and educational organization based in the United States and tax-exempt under the U.S. Internal Revenue Code. Its e-mail dispatches are free, and you can subscribe at:
http://www.gata.org
To contribute to GATA, please visit:
http://www.gata.org/node/16

Email ThisBlogThis!Share to TwitterShare to FacebookShare to Pinterest
Labels: GATA | THE GATA DISPATCHES

The week's top 10 videos on MarketWatch

In case you missed them, here are the 10 most popular videos that appeared on MarketWatch for th week of May 2-6:

Trading Strategies: Stay in May?

While the temptation to sell in May is strong, there are reasons to stick around: from stocks that ignore the summer doldrums, to those that benefit from America's sports obsessions.

Simon Constable and Dennis Berman discuss President Obama's decision not to release photos of Osama Bin Laden after he was killed by U.S. forces. Plus, Middle East reaction to Bin Laden's death, stocks tumble and why should you never pay full price.

What would happen in China sells U.S. Treasurys

Neither the dollar nor the U.S. economy would collapse if China were to dump Treasury securities, since the Fed owns more of them, and also because the Chinese need to sock dollars somewhere, according to Fundmastery blogger Kurt Brouwer. Jonathan Burton reports.

Sell in May? Not so fast

Sell in May? Not so fast. Steve Quirk, head of the Trader Group at TD Ameritrade, says large-cap stocks hold appeal, and suggests buying portfolio insurance while it's cheap.

Mark Hulbert says research suggests massive stock slumps such as the "flash crash" can't be prevented and remain a rare, but consistent feature of all stock markets.

Levee blown up to save Cairo, Ill.

Engineers blow up a levee so that flood waters may begin to recede in the city of Cairo, Ill. The waters are currently over 26 feet above the flood level throughout the city.

Why low-tech helped in hunt for Osama

Arik Hesseldahl says the fact that Osama bin Laden's compound in Abbottabad didn't have telephone or Internet service, may have aided the U.S. in its efforts to confirm his location.

New York's taxi of the future

The Nissan NV200 was designed specifically for use as a taxi in New York City and it has now been officially selected for New York's future taxi fleet. Nissan touts the NV200 as the safest taxi ever built, with the most passenger room ever.

From Lindsay Lohan's "Go USA" to Jimmy Fallon's "Got Bin Laden" Twitter became on Sunday the celebrity broadcasting center as stars begin to realize they can play middleman in the spread of news. But such tweets should also be taken with caution, some tech experts say.

Gold is suffering from a lack of cash coming off the sidelines, and some investors are ready to jump ship from the yellow metal at the first sign of trouble, according to MarketWatch columnist Mark Hulbert. Laura Mandaro reports.

TODAY'S HIGHLIGHTS
Trail to bin Laden began with phone call
When U.S. intelligence officials learned the contents of a telephone exchange, they knew they had reached a key moment in their decade-long search for Osama bin Laden.
(By Bob Woodward)

‘Ganging up’ in the Senate
The Senate has a propensity to form bipartisan “gangs” to come up with a solution to whatever current divisive issue faces the chamber. The problem: They usually don’t work.
(By David A. Fahrenthold)

Fake ID ring used brutal violence
A Manassas man was a key player in one of the largest, most sophisticated document mills uncovered so far, immigration officials say. The ring, they say, protected its turf brutally.
(By Dana Hedgpeth)

( by FELICIA FONSECA , The Associated Press)

( by ROBIN HINDERY , The Associated Press)


STYLE
Brunches here span the globe
Need a break from omelets and pancakes on the weekend? Three Washington establishments — The Source , Kellari Taverna and the Passenger — are expanding the notion of what it means to “do brunch.” [Read more]
( by Tom Sietsema , The Washington Post)

Whatever Happened to ...
... the boy who took his service dog to school?
( by Kris Coronado , The Washington Post)

Weighing the WikiLeaks disclosures
How significant is the damage to national security?
(, The Washington Post)

Rockies can't deliver Jimenez's first win, fall 4-3 to Giants after ace's strong start
SAN FRANCISCO — Ubaldo Jimenez delivered the kind of performance the Colorado Rockies have been waiting for, a strong outing that wasn’t perfect but offered a glimmer of hope that the ace might soon be dominant again.
( Associated Press Associated Press , AP)

Costa Rican rescuers find body of third US student swept out to sea
SAN JOSE, Costa Rica — Kai Lamar wanted nothing more than to serve God and help others, so his family had no reservations about him traveling from the U.S. to Costa Rica to take part in a religious mission there.
( Associated Press Associated Press , AP)

D.C.'s big stories: Lunchline's Clinton Yates breaks them down (Video)
Clinton Yates a news junkie and pop culture fanatic who scours The Washington Post and its partner sites every weekday to find the gems that you want to read but don't have time to search for.
(, vForum)

Ask Boswell
Sports Columnist Tom Boswell will take your questions about baseball, the Redskins, the Wizards and more.
(, vForum)

Dana Milbank Live
Dana Milbank answers your questions about politics and his columns and judges your "Etch-a-Sketch" submissions.
(, vForum)

TECHNOLOGY
Fighting the AT&T, T-Mobile merger
Sprint’s Vonya McCann stays largely behind the scenes, but she’s mustering a fierce battle against a deal that she argues is bad for her company and consumers.
( by Cecilia Kang , The Washington Post)

J.P. Morgan in talks to settle SEC probe
J.P. Morgan Chase said Friday that it may be close to settling an SEC investigation focused on its role in the sale of complex financial instruments tied to mortgages.
( by David S. Hilzenrath , The Washington Post) 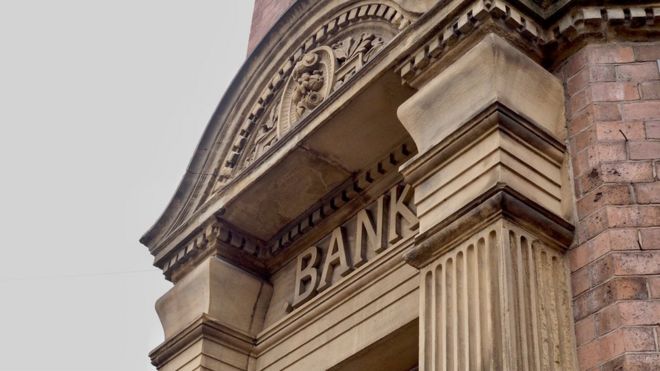