North Korea showed a visiting American nuclear scientist last
week a vast new facility it secretly and rapidly built to
enrich uranium, confronting the Obama administration with the
prospect that the country is preparing to expand its nuclear
arsenal or build a far more powerful type of atomic bomb.

Whether the calculated revelation is a negotiating ploy by
North Korea or a signal that it plans to accelerate its
weapons program even as it goes through a perilous leadership
change, it creates a new challenge for President Obama.

The scientist, Siegfried S. Hecker, a Stanford professor who
previously directed the Los Alamos National Laboratory, said
in an interview that he had been "stunned" by the
sophistication of the new plant.

In case you missed them, here are the top 10 videos that appeared on MarketWatch for the week of Nov. 15-19:

Financial advisers say their clients are living in the past, fearful of another market collapse: They're reluctant to invest in stocks, and they're too heavily focused on bonds. Those are serious mistakes, advisers say. Stacey Delo reports.

Beatles songs are finally available in Apple's iTunes store. But ATD's Peter Kafka says that iTunes is all about apps these days, while digital music sales have flattened out - and even the Fab Four may have a hard time changing that.

If you're a Medicare beneficiary, you have from now until Dec. 31 to switch your health and drug coverage if you find a plan you like better. Kristen Gerencher details some of the plan changes that go into effect in 2011.

A national debate is growing over the use of full body scanners and pat downs at airports across the country.

Estate tax? Bring it on

Some say the estate tax drives small firms and family farms out of business, but a group of small-business owners challenges that notion. Jerry Fiddler of VC firm Zygote Ventures says the estate tax is the least of entrepreneurs' worries.

The story of Prince William and Kate Middleton

As Clarence House announced Tuesday that Prince William and Kate Middleton are engaged and due to marry next year, Sky News' Sarah Hughes gets reaction from various royal commentators and looks back at the story of how the couple got together.

Brett Arends explains why he thinks fund managers' bullishness is a sell signal for investors.

A bill to extend federally-funded benefits for long-term jobless workers failed to pass in the House of Representatives Thursday. John Bussey has details from Washington.

In case you missed them, here are the top 10 Personal Finance stories from MarketWatch for the week of Nov. 15-19.

After licking their chops just a week ago over what is shaping up to be their biggest Thanksgiving weekend in years, the nation's airlines are now anxious over whether a public backlash against tighter airport security might spoil the holiday.
Read more: Airport security roils Thanksgiving travelers.

7 mistakes to avoid in hiring a financial adviser

I have given countless talks over the past 15 years to groups of people interested in hiring financial advisers or working better with the helpers they have, and I typically poll my audience to learn about their experiences.
Read more: 7 mistakes to avoid in hiring a financial adviser.

With just a week before the official kickoff of the year's biggest shopping season, consumers are hitting the dozens of Web sites that track holiday sales and finding TVs, eBook readers and other items at their deepest discounts of the year.
Read more: Unwrapping Black Friday deals.

A bill to extend federally-funded benefits for long-term jobless workers failed to pass in the House of Representatives Thursday.
Read more: Jobless-benefits bill fails in House.

Estate tax: Some small firms are happy to pay

What do an 84-year-old family-business matriarch in Little Rock, Ark., a beer brewer in Snoqualmie, Wash., a real-estate developer in Portland, Ore., and a Silicon Valley entrepreneur have in common? They're all calling on Congress to extend the estate tax — even if it takes a bite out of what they leave their heirs.
Read more: Estate tax: Some small firms are happy to pay.

Working with a financial adviser is about more than money. The success of the relationship depends in large part on an adviser's ability to communicate with you.
Read more: 5 ways financial advisers fail investors.
Flex-spending accounts get a makeover

It's soon going to be harder to have purchases of over-the-counter medicines reimbursed by your flexible-spending account.
Read more: Flex-spending accounts get a makeover.

Stop home water leaks before they really cost you

Water damage is the second-most-common cause of damage in homes. Heed these tips to avoid the need for costly repairs.
Read more: Stop home water leaks before they really cost you.

Making money in today's economic environment is not easy. But investors who adopt these three investing principles will emerge stronger than most.
Read more: Three new investing rules to live by.
at November 20, 2010 No comments:

TODAY'S HIGHLIGHTS
U.S. wants to widen area in Pakistan where it can operate drones
ISLAMABAD - The United States has renewed pressure on Pakistan to expand the areas where CIA drones can operate inside the country, reflecting concern that the U.S. war effort in Afghanistan is being undermined by insurgents' continued ability to take sanctuary across the border, U.S. and Pakist...
(By Greg Miller, The Washington Post)

Minnesota's Bachmann finds herself atop tea party movement, but will it last?
(By Philip Rucker, The Washington Post)

Democrats strategists ready to take page from GOP playbook in 2012
(By Dan Eggen and T.W. Farnam, The Washington Post)

POLITICS
Democrats strategists ready to take page from GOP playbook in 2012
Major Democratic strategists, still reeling from a barrage of midterm spending by conservative groups, are planning a similarly well-funded campaign by liberal organizations aimed at reelecting President Obama in 2012.
(By Dan Eggen and T.W. Farnam, The Washington Post)

Minnesota's Bachmann finds herself atop tea party movement, but will it last?
(By Philip Rucker, The Washington Post)


NATION
Senate approves $4.5B payment to Native Americans, black farmers
After months of hang-ups, the Senate unanimously approved Friday two multibillion-dollar settlements that will rectify long-standing claims against the federal government for discrimination and mismanagement.
(By Krissah Thompson, The Washington Post)

More Nation
WORLD
Members of Russian summit have diverging ideas but united goal: Saving the tiger
MOSCOW- The tale of the magnificent Siberian tiger, and its unfinished fight for survival, should be a compelling one for the 500 conservationists and world leaders arriving for Prime Minister Vladimir Putin's tiger summit this weekend.
(By Kathy Lally, The Washington Post)

U.S. wants to widen area in Pakistan where it can operate drones
(By Greg Miller, The Washington Post)

METRO
Pr. George's police investigating officer's conduct at federal courthouse
The Prince George's County police department has launched an internal investigation into the conduct of an officer who went after a man in the hallway of a courthouse Thursday and then ignored a court security officer who told him to move away, two police sources said.
(By Ruben Castaneda, The Washington Post)

Doll, Gersh era at Bethesda-Chevy Chase ends with their third consecutive 4A championship
(By Andy Marso, The Washington Post)

Centennial volleyball loses to Towson in Maryland 3A championship
(By James Wagner, The Washington Post)


STYLE
Plan to get rid of unused (but valued) things upsets hubby
Adapted from a recent online discussion: Hi, Carolyn: My husband and I have been married for five years. I really don't like keeping non-utilitarian stuff around or things we don't really use, even though we don't have too much "stuff" between us. I think we can always do with less, which brings ...
(The Washington Post)


Showdown on START
PRESIDENT OBAMA'S claim that it is " a national security imperative " that the U.S. Senate ratify a nuclear arms treaty with Russia before the end of the year seems more than a little overstated. The pact, known as New START, would modestly reduce deployed U.S. and Russian strategic warheads and...
(The Washington Post)

Estrella Family Creamery's battle is symbolic of a larger fight between small food producers and regulators.

A New Look in Detroit for the Newly Public G.M.

General Motors is completing its makeover, which includes reducing the government's stake in the company and changing its signs.

BlackRock, Vanguard and other leading money managers and mutual funds have a message for Washington: We may be big - but we aren't too big to fail.
• More Business News »
at November 20, 2010 No comments:

Mortgage Rate Anxiety: Where Is the 30-Year Headed Next? CNBC Evening Brief

»click here to see the latest top video from CNBC.com
at November 20, 2010 No comments: 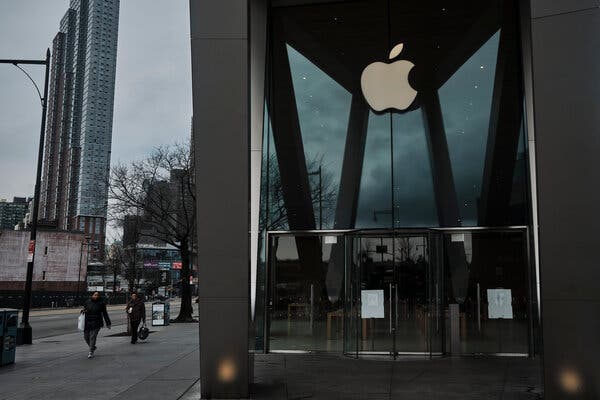