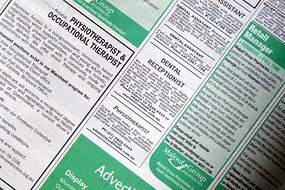 Hiring not firing: Unemployment fell to 5.2 per cent in May

Posted 1 hour 15 minutes ago
Updated 38 minutes ago
Australia's labour market has surprised analysts again, with unemployment falling to 5.2 per cent in May.

The corporate regulator says mining companies need to ensure they comply with continuous disclosure rules, when making statements during the debate about the proposed resources super profits tax.
at June 09, 2010 No comments: Links to this post

MarketWatch : Personal Finance Daily .- The housing-market recession is not over. June 9th., 2010

If you're an optimist, like me, you tend to focus on the data that seem to point to a nascent housing-market recovery, like Case-Shiller's recent report showing home prices rose 2.3% in March compared with a year ago, and the National Association of Realtors report that the median existing-home price rose 4% in April, and existing-home sales were up 7.6% that month.

Doesn't it all sound great?

Not if you stop to consider how many homeowners are out of work, how many foreclosures have yet to occur and how many empty homes banks have yet to put on the market. Don't miss Amy Hoak's Home Economics column to read about four feel-good dreams you might have about the real-estate market -- four dreams that are all too likely to get shattered in the not-too-distant future.

I guess I can be glad about this: My family's plan is to stay in our current home for a very, very long time. Fingers crossed that nothing upsets that plan.


The housing-market recession is not over
After years of hearing how home prices are plummeting and foreclosures are mounting, consumers want to feel hopeful about the housing market -- but maybe they're being too optimistic.
See Amy Hoak's Home Economics.


CONSUMERS
New overdraft rules can save you cash
How much would you pay to avoid a moment's worth of embarrassment? It's not a hypothetical question, but one you may soon hear from your bank.
See Chuck Jaffe.


New overdraft rules
Soon banks will be required to get permission to enroll consumers in overdraft-protection plans for debit-card transactions at stores and ATMs. Should you opt in for this pricey service, or not? MarketWatch's Andrea Coombes has some tips.


INVESTING
Pay attention to neglected stocks
This hardly seems the time to be investing in stocks that are illiquid. After all, the market is prone wild swings right now. But that's exactly what Roger Ibbotson is asking investors to do.
See Robert Powell's Your Portfolio.


HEALTH CARE
Stand-alone surgery centers found lacking on infection control
Freestanding surgery centers that get you in and out within 24 hours are an increasingly popular option over traditional hospitals for generally healthy people who have elective surgery, endoscopy or pain injections. But a new, first-of-its-kind study suggests lapses in widely accepted infection-control practices are common at ambulatory-surgery centers, though the study didn't examine whether the lapses led to actual infections.
See Kristen Gerencher's Health Matters Blog.


ECONOMY & POLITICS
Modest growth seen all across nation
The U.S. economy continued to grow modestly all across the nation in the past two months, the Federal Reserve reported Wednesday, based on interviews with thousands of business contacts.
See Economic Report.


Mixed primary results reveal new narrative
What was billed as a sort of Super Tuesday for the mid-term primaries fell flat as the carefully constructed media narratives crumbled in the face of mixed results.
See Darrell Delamaide's Political Capital.

THE GATA DISPATCH : Bernanke purports to be mystified by gold price. June 9th., 2010

Submitted by cpowell on 01:07PM ET Wednesday, June 9, 2010. Section: Daily Dispatches Maybe the Fed won't show HIM its gold swap records either.
* * *
Bernanke: Gold Sends Different Signal on Inflation
By Frank Tang
Reuters
Wednesday, June 9, 2010
http://www.reuters.com/article/idUSTRE65846U20100609
Gold's response to inflation is different when compared with other assets and commodities, U.S. Federal Reserve Chairman Ben Bernanke said on Wednesday.
"The signal that gold is sending is in some ways very different from what other asset prices are sending," said Bernanke at a Wednesday U.S. House of Representatives Budget Committee hearing when asked about inflation.
Gold prices hit an all-time high on Tuesday above $1,250 an ounce on fears that European credit contagion could lead to a double-dip recession. Year to date, the metal was up 12 percent.
"For example, the spread between nominal and inflation-indexed bonds, the break even, remains quite low, suggesting that markets expect about 2 percent inflation over the next 10 years," he said.
Bernanke added that prices of commodities including oil and food have fallen quite severely recently. So, "gold is out there doing something different from the rest of the commodity group," he said.
On Wednesday, the metal extended losses after Bernanke's comments. Bullion was at $1,226 an ounce, down 0.6 percent for the day.
U.S. Consumer Price Index slipped 0.1 percent in April, and the closely watched core inflation rate had risen just 0.9 percent over the past 12 months, its smallest annual gain since 1966.
"I don't fully understand the movements in the gold price, but I do think that there's a great deal of uncertainty and anxiety in financial markets right now," Bernanke said.
"Some people believe that holding gold will be a hedge against the fact that they view many other investments as being risky and hard to predict at this point," he added.

* * *
Support GATA by purchasing a colorful GATA T-shirt:
http://gata.org/tshirts
Or a colorful poster of GATA's full-page ad in The Wall Street Journal on January 31, 2009:
http://gata.org/node/wallstreetjournal
Or a video disc of GATA's 2005 Gold Rush 21 conference in the Yukon:
http://www.goldrush21.com/
* * *
Help keep GATA going
GATA is a civil rights and educational organization based in the United States and tax-exempt under the U.S. Internal Revenue Code. Its e-mail dispatches are free, and you can subscribe at:
http://www.gata.org
To contribute to GATA, please visit:

Email ThisBlogThis!Share to TwitterShare to FacebookShare to Pinterest
Labels: THE GATA DISPATCHE

Jun?9,?2010 Stocks See Fragile Rally Broken In Late-Day Trading - U.S. Commentary Stocks gave up substantial gains and sunk by moderate margins on Wednesday, with the downturn partly in reaction to comments from German Chancellor Angela Merkel. The major averages all closed firmly in the red, extending their recent streak of volatility. Full Article

Jun?9,?2010 Bernanke: U.S. Must Prepare To Face Future Budget Challenges NowFederal Reserve chairman Ben Bernanke said Wednesday that the time is now to begin preparing to face future budget challenges, even as the phasing out of economic stimulus and the fledgling recovery begin to shrink the U.S. budget deficit. Full Article
Jun?9,?2010 Fed Sees Modest Improvement In Economic ActivityWhile the Federal Reserve's Beige Book report released Wednesday showed that economic activity has continued to improve in all twelve Fed districts since the release of the last report in April, it noted that many districts described the pace of growth as "modest." Full Article
Jun?9,?2010 Wholesale Inventories Increase For Fourth Straight Month In AprilWholesale inventories showed another modest increase in the month of April, according to a report released by the Commerce Department on Wednesday, although the increase in inventories came in slightly below economist estimates. Full Article

BUSINESS AROUND THE WORLD

FEATURES, VIEWS, ANALYSIS
at June 09, 2010 No comments: Links to this post