Forex (FX) is the foreign exchange market where currency trading takes place. This market is unique due to its trading volumes, extreme liquidity, geographical dispersion, long trading hours, and a variety of factors affecting exchange rates.

Brussels, 2 May 2010
Statement by the Eurogroup

Eurogroup Ministers concur with the Commission and the ECB that market access for
Greece is not sufficient and that providing a loan is warranted to safeguard financial
stability in the euro area as a whole. Following a request by the Greek authorities, euro
area Ministers unanimously agreed today to activate stability support to Greece via
bilateral loans centrally pooled by the European Commission under the conditions set
out in their statement of 11 April. Parliamentary approval, needed in some Member
States prior to the release of the first tranche, is expected to follow swiftly.

The Eurogroup is confident that the ambitious fiscal adjustment and comprehensive
structural reforms under the Greek authorities' programme are appropriate to stabilise
the fiscal and economic situation and address the fiscal and structural challenges of the
Greek economy in a decisive manner. The programme is supported by strong
conditionality. It will thereby also help restore confidence and safeguard financial
stability in the euro area.
In the context of a three year joint programme with the IMF, the financial package
makes available € 110 billion to help Greece meet its financing needs, with euro area
Member States ready to contribute for their part € 80 billion, of which up to € 30
billion in the first year. The first disbursements will be made available before the
payment obligations of the Greek government fall due on 19 May.
Euro area financial support will be provided under strong policy conditionality, on the
basis of a programme which has been negotiated with the Greek authorities by the
Commission and the IMF, in liaison with the ECB. The programme has been approved
by the Greek Council of Ministers on 2 May and endorsed by the Eurogroup on the
basis of a Commission and ECB assessment.

In this context, the Eurogroup welcomes the efforts to date by the Greek Government
to resolutely address the fiscal imbalances as well as the new measures announced
today in the framework of a three-year programme agreed with the European
Commission, the ECB and the IMF, which is also announcing its staff-level
agreement with Greece on a standby arrangement.

The main elements of policy conditionality, as endorsed today, will be enshrined in a
Council Decision under Articles 126 and 136 TFEU to be formally adopted in the
coming days and further detailed in a Memorandum of Understanding, to be concluded
between the Greek authorities and the Commission on behalf of euro area Member
States.
at May 03, 2010 No comments: Links to this post

I just received a phone call that's likely a scam related to the U.S. Census. While we usually use this portion of our Personal Finance Daily to highlight one of our feature stories of the day, I decided instead to use this space to describe this phone call as a reminder for readers that fraudsters always use news of the day -- such as the current Census -- to lure in people.

The call, which came to me here at work, started with an automated voice that said: "The 2010 Census is here. Diabetics, please notice that there is not a spot on your form asking about your status, but insurance carriers need this information to determine what they will cover." The taped voice continued for a while and, intrigued and sensing a scam, I pressed "1" to "fill out the survey."

When the live operator came on the line, I asked what a survey of diabetics had to do with the Census, and what company was conducting the survey. The operator hemmed and hawed for a moment, and then hung up on me.

While the Census Bureau does conduct telephone interviews for some of its surveys, the operator's behavior and a quick Google search seem to confirm that this diabetes-related call is likely a scam.

And it's not the only scam out there. Here's a U.S. Census page with more information on avoiding tricks and frauds. Also, see this Bankrate.com article on four Census-related scams.

So, be wary, and don't give out personal information over the phone unless you've verified to whom you're speaking. Also, don't miss Amy Hoak's column today on how home buyers should be wary of sellers who may be fudging the truth on their home-sale disclosure forms, and read Ruth Mantell's story on why you shouldn't get lulled into thinking that your work emails are private. They're not.


REAL ESTATE
Don't fall victim to a lying home seller
Buyers beware: In a tough real estate market, it's tempting for sellers to stretch the truth or lie by omission on their disclosures, and cover up minor -- but material -- problems with a home in order to close the deal.
See Amy Hoak's Home Economics.


TRAVEL
The United-Continental merger and your flight
A new biggest airline is on the way and it may affect the way you fly. Ann Cates is talking quarterly earnings and more in the "Three Things you need to know." Ron Amadon explains why more of us are car shopping these days.

Listen to radio report on the United-Continental airline merger and your flight.

While the merger of United Airlines and Continental Airlines Inc. is unlikely to bring big short-term changes for the nation's fliers, it may cause trouble further out as hubs are consolidated or eliminated, and the reduced competition could also mean higher fares. Read more about the impact of the United-Continental merger plan.


INVESTING
A death sentence for your retirement savings
Many investors have become completely frozen by disappointment and circumstance. They're giving up on IRAs, 401(k)s and other tax-advantaged accounts. But doing nothing is no solution.
See Chuck Jaffe.


How to tell whether your mutual fund is doing a good job
When mutual-fund investors think about who's responsible for the performance -- or underperformance -- of their shares, they usually tag the fund manager.
See Mutual Understanding.


Trading strategies for May
As the bull market climbs, good deals are harder to find. Let our experts help you find value in a frothy market.
See special report: Trading Strategies.


The dividend strategies that best juice your returns
Dividends are coming back in style with investors and they're not just for widows, orphans and coupon-clippers any more.
See Weekend Investor.


Don't take action on this 'activist' mutual fund
If the definition of insanity is trying the same thing over and over expecting new results, then investors would be crazy to buy into a brand new mutual fund that promises to put a new twist on "shareholder activism."
See Chuck Jaffe.


CARS
2010 Ford F-150 4x4 SVT Raptor
Tell me that this "Molten Orange" pickup isn't the most kick-butt pickup you have ever seen. Crouch down to take a head-on picture and one thought comes to mind: "Did I leave this thing in park?"
See Auto Review.


CONSUMERS
Commentary: Consumers spending too much
Finally, the consumer looks ready to spend the country to a recovery. Every stimulus package and tax break in recent memory was designed to put more money in the hands of consumers, in the hope that the consumer would turn that cash around and inject it back to the economy.
See MarketWatch First Take.


THE JOB MARKET
Businesses finally hiring, but slowly
After shedding more than 8 million jobs over the past two years, the U.S. businesses are finally hiring again, but the pace is still too slow to bring down the unemployment rate.
See Economic Preview.


HEALTH CARE
Johnson & Johnson recalls liquid Tylenol, Motrin for kids
Pharmaceutical giant Johnson & Johnson Inc. has initiated a voluntary recall of liquid Tylenol, Motrin and other over-the-counter drugs for children and infants because of "manufacturing deficiencies" in its Port Washington, Pa. plant that may affect quality, purity or potency of the drugs.
See full story on the drug recall.
at May 03, 2010 No comments: Links to this post

DAI: Optimism on economy a broad boost for Wall Street. May 3rd. 2010 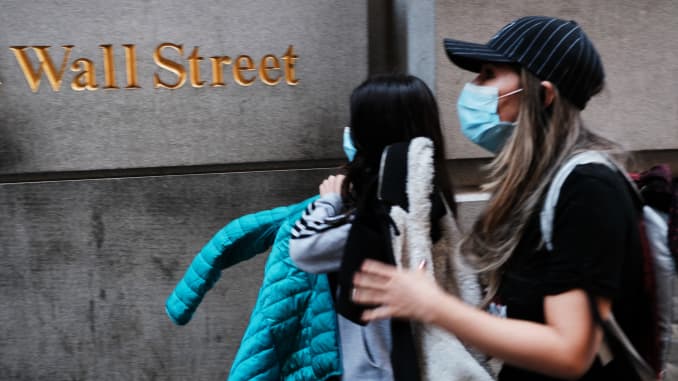