Do You Understand How Divergences Work in the Market?

This is a very important market action to observe." . Divergences originate when the highs and lows that the market makes, differs from the  trend the MACD shows us. This is a very educational video in which Adam gives us his knowledge and experience on how to interpret divergences.
Fernando Guzmán Cavero

By Adam Hewison
In my new short video, I share with you some divergences that are taking place in the S&P 500 right now.
I’m also going to show you divergences that didn’t work out, what you should look for, and how you should act when a divergence does not work.
As always, our videos are available to view without charge and without registration.
http://www.ino.com/info/456/CD3233/&dp=0&l=0&campaignid=3
If you enjoy these videos, share them with your friends. I am sure they will find them different and at the same time educational.

All the best,
Adam Hewison
President of INO.com
Co-creator of MarketClub.com

Submitted by cpowell on 07:12PM ET Tuesday, September 29, 2009. Section: Daily Dispatches 10:08p ET Tuesday, September 29, 2009
Dear Friend of GATA and Gold:
Jim Sinclair remarks sardonically tonight that before the Federal Reserve is through threatening the public against the audit legislation proposed by U.S. Rep. Ron Paul, the Fed will be warning that an audit will cause not just higher interest rates but also infertility and the bends. Meanwhile, as suggested by the Associated Press story appended here, the Fed is talking out of both sides of its mouth, keeping interest rates at zero on one day and the next day warning about a quick and sharp rise in rates. This kind of thing is part of the biggest Fed manipulation of all -- the manipulation of the public.
CHRIS POWELL, Secretary/Treasurer
Gold Anti-Trust Action Committee Inc.
* * *
Officials: Fed Will Have to Boost Rates Quickly
By Jeannine Aversa
Associated Press
Tuesday, September 29, 2009
http://news.yahoo.com/s/ap/20090929/ap_on_bi_ge/us_fed_exit_strategy
WASHINGTON -- To prevent inflation from taking off, the Federal Reserve will need to start boosting interest rates quickly and aggressively once the economy is back on firmer footing, Fed officials warned Tuesday.
"I expect that when it comes time to tighten monetary policy, my colleagues and I will move with an alacrity that, if needed, will be equal in speed and intensity" to when the Fed was slashing rates to battle the recession and the financial crisis, said Richard Fisher, president of the Federal Reserve Bank of Dallas.
Although Fisher has a reputation for being one of the Fed's toughest inflation fighters, it marked the second such warning by a central bank official in recent days. Fed member Kevin Warsh on Friday said the central bank will need to move swiftly when the time comes to raise rates.
Charles Plosser, president of the Federal Reserve Bank of Philadelphia and also a hawk against inflation, waded into the debate in a speech Tuesday in Easton, Pa., saying the Fed may need to act "well before" unemployment -- now at a 26-year high of 9.7 percent -- returns to normal. The Fed, he said, will need to be on guard "to prevent the Second Great Inflation."
It's all part of a high-wire act that the Fed has to perform as the economy transitions from recession to recovery.
If the Fed raises rates and reels in the unprecedented support too soon, it could short-circuit the rebound. If the central bank waits too long to rein in its stimulus, inflation could be unleashed.
"The wind-down process needs to begin as soon as there are convincing signs that economic growth is gaining traction and that the lending capacity of the banking system is capable of expansion," according to excerpts of a speech Fisher delivered in Dallas. That also was similar to Warsh's comments last week.
Some investors found Warsh's comments confusing, especially coming just two days after the Fed decided to hold its key bank lending rate at a record low near zero and pledged to keep it there for an "extended period." Most economists read that to mean the Fed would keep rates at super-low levels through this year and into part of 2010.
Warsh's comments led some investors to believe that rate increases could come sooner. The last time the Fed raised rates was in June 2006, around the time that the housing bubble reached its peak.
The notion that central banks should act forcefully -- versus gradually -- in raising rates after a financial crisis was a subject of discussion at a Fed conference in Wyoming in August.
When the decision is made to boost rates, they will need to be "increased aggressively," argued Carl Walsh, a professor of economics at the University of California, Santa Cruz, and an expert on monetary policy. "Committing to a gradual increase in the policy rate is not justified."
Consumers, businesses and investors must feel more confident that prices won't spiral higher in the future, so their inflation expectations don't become "unanchored," Walsh said last month.
On other matters, Fisher said Tuesday that despite some signs of improvement, the housing market is "still on life support."
The Fed last week announced it was slowing down a program intended to lower mortgage rates and aid the housing sector. "The market for housing will not become truly robust until market forces replace the prostheses of government support," Fisher said.
Still, home prices rose for the third straight month in July. The Standard & Poor's/Case-Shiller home price index of 20 major cities rose 1.2 percent from June. Though 13.3 percent below July a year ago, the annual price declines have slowed in all 20 cities for the sixth straight month, according to data released Tuesday.

* * *
Support GATA by purchasing a colorful GATA T-shirt:
http://gata.org/tshirts
* * *
Help keep GATA going
GATA is a civil rights and educational organization based in the United States and tax-exempt under the U.S. Internal Revenue Code. Its e-mail dispatches are free, and you can subscribe at:
http://www.gata.org
To contribute to GATA, please visit:

DealBook:‘Scared to Death’ by Arbitration: Companies Drowning in Their Own System 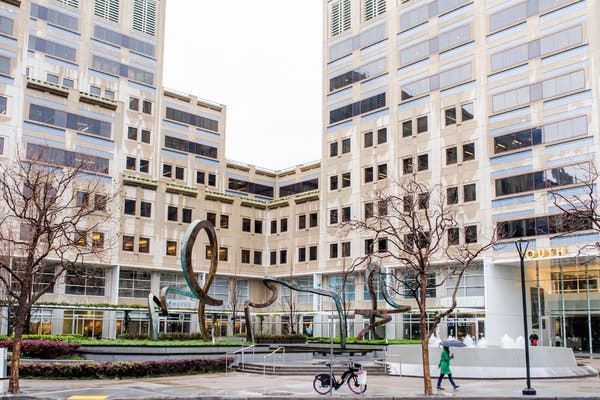