Posted by Fernando Guzmán Cavero at September 09, 2009 No comments:

Email ThisBlogThis!Share to TwitterShare to FacebookShare to Pinterest
Posted by Fernando Guzmán Cavero at September 09, 2009 No comments:

Dear Friends:
We are pleased to present John Kaiser and this lecture in our ongoing series of ‘Real World Investing 101’. Mr. Kaiser is a Mining Interactive University (MIU) faculty member and clearly understands the need to create wealth in these turbulent times. As a former brokerage research director and analyst, he has intimate knowledge in the Commodity Sector. He has written extensively about speculative Canadian issues, is frequently quoted by the media, and is a regular speaker at investment conferences. He specializes in high risk, speculative Canadian securities with an emphasis on the resource sector. He is one of the few independent analysts with an in-depth knowledge of diamond exploration. His ongoing work has led to an in-depth analysis of ‘Rare Earth’ metals and its potential for exponential Return on Investment (ROI) for investors.
John Kaiser in another one of those free-thinking individuals who have clarity of thought and vision but who base their opinions on thorough research, critical thinking, and fact-based analysis.
So, friends and potential new student friends I would herewith like to introduce Mr. John Kaiser and his lecture titled,
‘The Rational Speculation Model -
How to Value a Pre-production Resource Investment’
Click here for John Kaiser lecture
Regards from Vancouver and as always - - Stay Tuned!!
Regards,
Nick L. Nicolaas 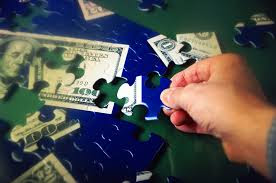 Posted by Fernando Guzmán Cavero at September 09, 2009 No comments: