Capital markets with a conscience

THE old debate about whether, or to what extent, financial markets are a force for social good has taken on a new urgency in the aftermath of last year’s market meltdown. Plunging the world into recession is, after all, as clear an example as any of anti-social behaviour. As around 800 people gather in San Francisco this week at the SOCAP09 conference, to map out the future of what they call “social capital markets”, they have the wind at their backs.

The first SOCAP conference took place in the middle of the meltdown a year ago. There was a surge of registrations in the days after the collapse of Lehman Brothers, as some people disgusted by the traditional capital markets, and others who had lost their jobs and sought a new outlet for their skills, decided that social capital markets were worth a look. The event proved long on optimism but rather short on coherence. A year on, the thinking is more rigorous—if no less idealistic—and is increasingly being put into practice. 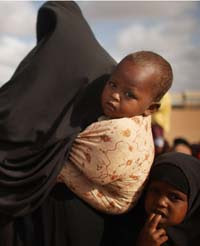 The idea of combining capital markets with social missions is hardly new. Some investors have long applied an “ethical screen” to their portfolios, avoiding, say, merchants of death (cigarette-makers, defence firms, etc) or companies that are especially damaging to the environment. This has provoked sceptical investors to create portfolios of “sinful” companies that sometimes outperform ethical ones.

As the ethical investors implicitly recognise through their investment choices, much of the activity of capital markets is, broadly speaking, ethical and even socially beneficial. The challenge is to raise the level even higher in areas that are ethical, and transform the capital markets so they channel less money to activities that are “socially useless”, as Lord Turner, the head of Britain’s Financial Services Authority recently put it.

It is now five years since a former American vice-president, Al Gore, teamed up with David Blood, a former Goldman Sachs executive, to launch Generation Investment Management, an investment firm. Nicknamed “Blood and Gore”, it seeks to invest in for-profit firms with strategies that are environmentally sustainable and have the potential to outperform the market. Also in 2004, Christopher Cooper-Hohn set up a structure that automatically pays a large chunk of profits and management fees from his hedge fund, the Children’s Investment Fund, to a charitable foundation for needy children—in total, around £1.5 billion ($2.4 billion) so far.

And a growing number of charitable organisations, led by the Edna McConnell Clark Foundation in New York, have been engaging in “mission-related investing”. In other words, they pursue their philanthropic missions not just by making grants but also in the way in which they manage their endowments, channelling capital to investments that support their charitable goals (in McConnell Clark’s case, by providing debt finance for low-cost housing). These organisations reckon that this approach delivers solid financial returns while achieving far more social impact than the diversified investment strategy still followed by the great majority of foundations and other institutional investors.

Since last year’s market meltdown there has been a sharp increase in interest in these kinds of approaches and several fascinating new initiatives. There has, for example, been much discussion of what exactly might be traded, and by whom, on a “social stock exchange”—a debate that is being informed by some real-world experiments in places such as Brazil and South Africa. (A good overview of the main ideas in social capital can be found in the latest issue of the Federal Reserve Bank of San Francisco’s Community Development Investment Review. This contains articles ranging from “Rethink Charity” to “Using High-Transparency Banks to Reconnect Money and Meaning”.)

Wanted: a measure of goodness

The notion of social capital markets can seem incoherent because it brings together such a diverse group of people and institutions. Yet there is a continuum that connects purely charitable capital at one extreme and for-profit capital at the other, with various trade-offs between risk, return and social impact in between. Much of the discussion at SOCAP09 is expected to focus on that continuum and to figure out, for any given social goal, which sort of social capital, or mix of different sorts of it, is most likely to succeed.

Arguably the biggest obstacle to the creation of social capital markets is the lack of a common measure of how much good has been done: there is no agreed unit of social impact that mirrors profit in the traditional capital markets. That is why the most interesting event at SOCAP09 is expected to be the unveiling on September 2nd of a new measurement system for investors who want to have a positive “triple bottom line” of social and environmental impact as well as a financial return.

The Global Impact Investing Rating System (GIIRS) is the result of collaboration between some of the leading organisations in social capital markets. It includes a set of “impact reporting and investment standards”, a much-needed attempt to develop common definitions of the main terms used in social capital markets. Until now there has been a tendency to use whatever definition allows you to tell yourself you are making the most difference. It remains to be seen how GIIRS deals with the fact that people often disagree fiercely about what constitutes social good.

Although these are still early days, “This philanthrocapitalist approach has begun to be taken seriously,” says Kevin Jones of Good Capital, a social-investment and consulting firm, and the creator of SOCAP. The amount of money in the social capital markets is still small compared with that in the traditional capital markets, albeit growing fast. Some of the bright new ideas will turn out to be turkeys. (But then so did the version of capitalism that imploded a year ago.) Hopefully, some of them will fly.

The Economist welcomes your views.

View all comments (3)Add your comment
Posted by Fernando Guzmán Cavero at September 02, 2009 No comments:

With all the movements in the market recently, traders and investors are focusing more and more on protecting capital. I’ve found that by properly knowing the trend of the symbols in my portfolio and keeping on top of those moves, I’m able to protect capital and pull profits out of the market with discipline and when I can

But staying on top of the changes and momentum shifts often becomes overwhelming, especially if you’re watching a large number of symbols and open positions, like I do. One free tool that I utilize to help me keep on top of my portfolio is called Trend Analysis, from the team that runs MarketClub. Trend Analysis is a daily email analysis tool that gives me insight into exactly what my portfolio is doing.

The link below takes you to get your first symbol analyzed and from there you can easily add more symbols to get a daily update, which I find very helpful.

Again thanks go to the MarketClub team for making Trend Analysis available for no cost to us.

Posted by Fernando Guzmán Cavero at September 02, 2009 No comments:

From the Desk of Nick Nicolaas

Henk Krasenberg, analyst and founder of the European Gold Centre has posted his August 2009 Mining in Africa Newsletter.
Click Here:

Mining Interactive “Ahead of the Pack”


Posted by Fernando Guzmán Cavero at September 02, 2009 No comments:

The Nasdaq cut open and broken down: By Adam Hewison

Today we are going to be examining the NASDAQ Index. This market, which made its peak in 2000 at the height of the dot com bubble, remains in a secular bear market.

After making a low in March of 2001, this market has had multiyear recovery which has rallied it very close to a 50% Fibonacci retracement level. After a nearly 50% recovery, this market now appears to be faltering.

The months of September and October are now with us and both of these months tend to be treacherous for the equity markets. We would not be surprised to see more of a two-way trading market before it eventually falls on its own weight and resumes a downward path. This is what we expect to happen, however, we are going to rely on our Trade Triangle technology to give us the perfect timing for that event.

In today’s video I will show you graphically what I expect to happen to the NASDAQ Index.

A service of MarketWatch
Posted by Fernando Guzmán Cavero at September 02, 2009 No comments: